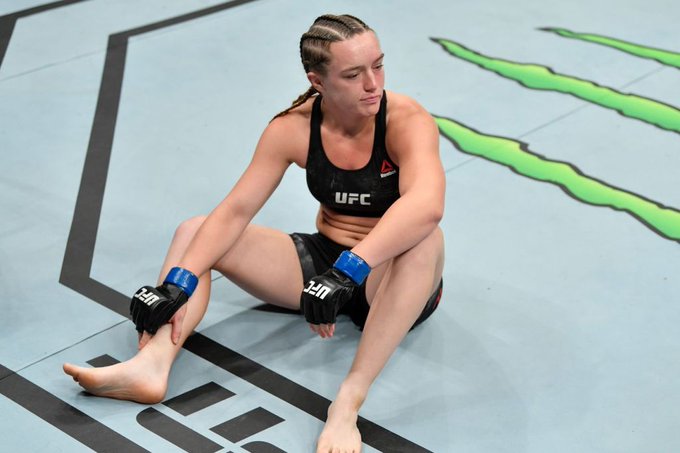 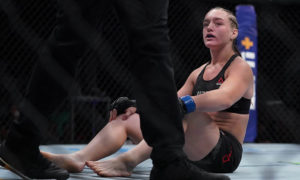 However, Ladd wasn’t satisfied with how the fight turned out as she disputed referee Herb Dean’s decision to the California State Athletic Commission, stating that the fight was stopped too early because of gender bias and she wanted the TKO decision overturned into an NC.

However, the hearing resulted in the commission denying the result to be overturned by a 3-2 vote. After the hearing, Aspen released a statement to MMAFighting.com, where she said that she respects the commission’s decision.

“I lost the fight. Germaine’s a great competitor,” Ladd said. “I was still aware so I wish he hadn’t stopped the fight but there’s nothing I can do about it now.”

“I respect the commission’s vote today, we lost 3-2, life rolls on and I’m looking forward to my next scrap,” Ladd said.

Before losing to Randamie, the 24-year old California native was riding on a three-fight winning streak having beaten the likes of Sijara Eubanks and Tonya Evinger.

Germaine De Randamie, on the other hand, is all set to fight Amanda Nunes at UFC 245 for the bantamweight title.