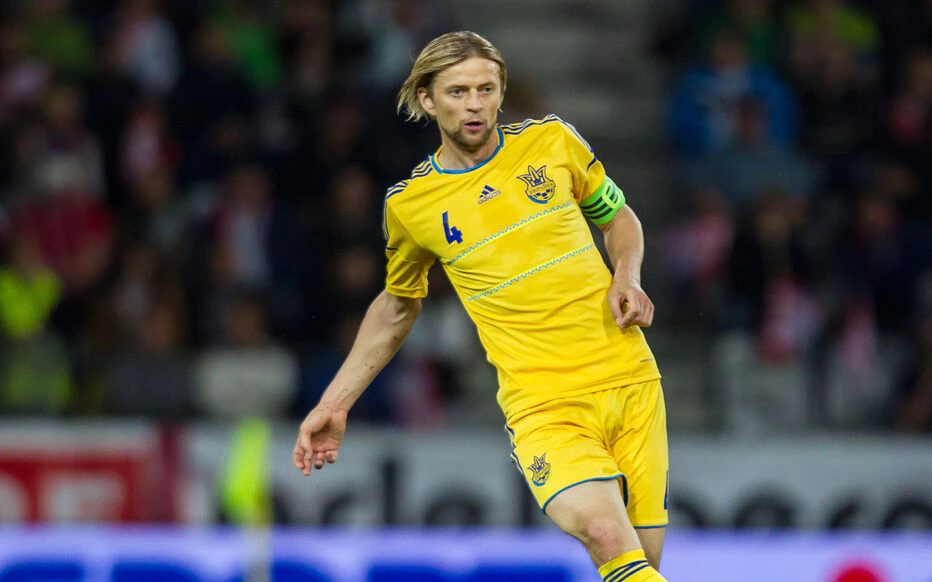 Former Ukraine national football team skipper Anatoliy Tymoshchuk has been slammed by Atalanta midfielder Ruslan Malinovskyi for being silent on the current situation developing between Russia and their motherland.

The 28-year-old said in an interview on the Kanal Futbol 1/2/3 YouTube channel, ”Speaking of Tymoshchuk’s behaviour, that’s just weird. I cannot find a way to possibly justify his stance [on Russia’s invasion]. Being silent in such a situation is wrong, I believe. I’m not sure how he will sleep at night, but he isn’t a legend of Ukrainian football anymore. That’s for sure.”

The Atalanta midfielder was one of the first players from his country to speak up about the issue. Malinovskyi unveiled a message of “No War in Ukraine” whilst celebrating his goal in the 3-0 win against Olympiacos in the Europa League playoff second-leg tie. 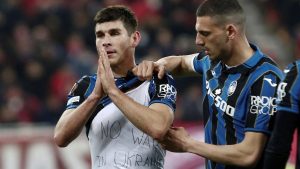 Tymoshchuk is Ukraine’s most capped footballer with 144 caps to his name spread across 16 years in which he donned the armband for the national team for a period of four years as well.

Before winning two Bundesliga titles and the UEFA Champions League with Bayern Munich, the 42-year-old started his career with Shakhtar Donetsk in 1998 and won three Ukrainian Premier League titles, three Ukrainian Cups, and a solitary Ukrainian Super Club in his 9-year stay with the club.

Post that, the midfielder joined Zenit Saint Petersburg and won several titles with the club including a historical first Russian Premier League title for the club and the ‘Player of the League’ award as well. In his second season, Zenit won the 2007-08 UEFA Cup and the UEFA Super Cup title after defeating British giants Rangers and Manchester United respectively.

Currently, Tymoschuk has been working as the assistant coach for Russia’s top-tier club Zenit who was recently knocked out of the Europa League by La Liga high-fliers Real Betis.

The Ukrainian FA have decided to punish one of the best footballers the country has ever produced by revoking his Ukrainian coaching licence and having all of his international caps struck off the records.

As per https://sport.ua/, the statement published by Ukraine’s FA says that the former skipper of the Ukraine national team has not made a single public statement since the start of the aggression from Russia against Ukraine and even continues to work with a club based in the aggressor country.

The statement further says that Tymoschuk’s former club Bayern Munich has also held rallies and released public statements in the last few weeks in support of Ukraine but the record cap-holder continues to silently work in the aggressor country.

The FA feels that this is a conscious choice from the 42-year-old which damages Ukrainian football’s image across the world and even violates several clauses of the UAF Code of Ethics and Fair Play.

The war between Ukraine and Russia continues despite calls for peace from citizens of both countries and there seems to be no end to the suffering in the near future.