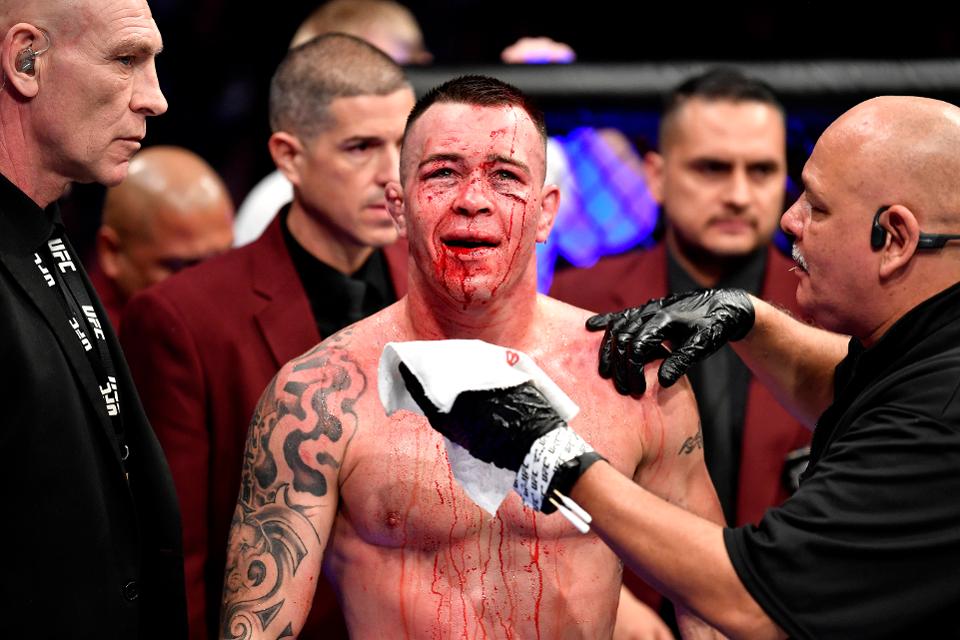 Kamaru Usman successfully defended his UFC welterweight title by knocking out Colby Covington in the fifth round at main event of UFC 245, which took place at the T-Mobile Arena in Las Vegas.

The fight was a highly entertaining one and both fighters went back and forth at each other. In between third and fourth round, Covington told his corner that he had broken his jaw. Despite this, he showed full heart and continued fighting for two more rounds. Through round four, the judges had an extremely close scorecard (3-1 Usman, 3-1 Covington, and 2-2). The referee ultimately stopped the fight in the fifth round. 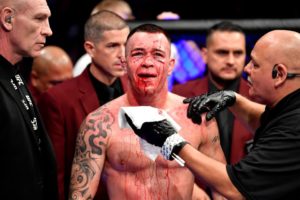 However, this fight hasn’t pulled Covington’s confidence down. According to his coach, Colby said that he wants to get back and prove that he is the best. Dan Lambert was all praise for Covington after the fight.

“I know one thing, he’s a tough motherf*cker to fight with it for three rounds in that kind of stand-up war.”

“It was a hell of a fight,” Lambert said. “Both those guys, I think both their stock went up after a fight like that, which is typically something you don’t say after a fight. Both guys proved they had balls of steel and cardio for days. I give credit to both of them.”

“You never know how a fighter’s going to respond to something like that. When I first talked to him, I had my concerns cause you just never know. I could not have scripted his response any better than what I heard from him. He’s 1,000 percent positive, 1,000 percent motivated. He’s ready to go. He didn’t lose one piece of confidence in himself.” Lambert said about Covington. (H/T – MMAFighting.com)

Who do you guys want to see Colby fight against next?

Previous articleWatch: Donald Cerrone talks about ‘relaxed intensity’ in the lead up to Conor McGregor superfight
Next articleBen Askren to coach Maycee Barber for her next UFC fight