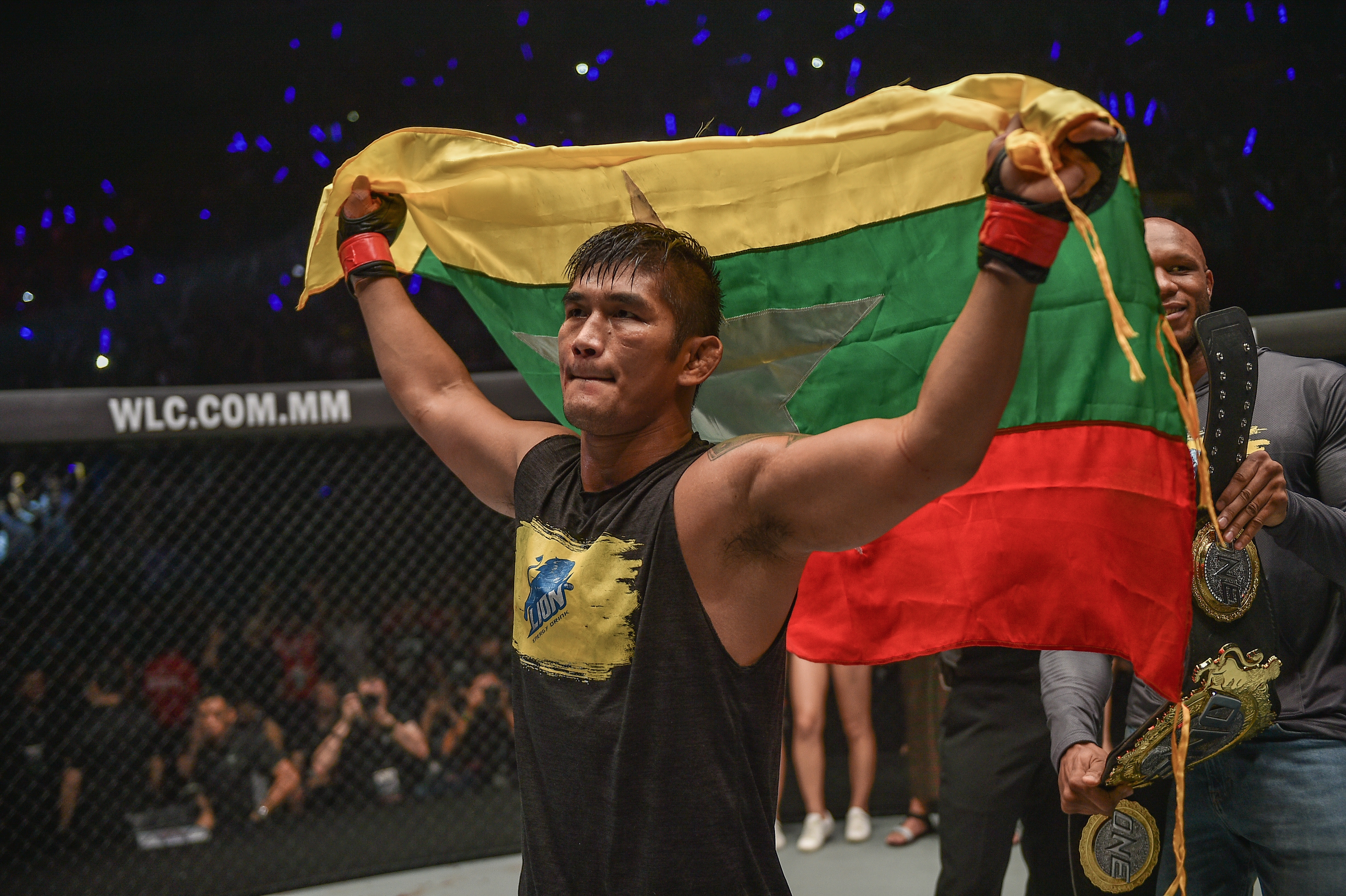 The largest global sports media property in Asian history, ONE Championship (ONE), returned to the beautiful city of Yangon with another evening of authentic world-class martial arts action. ONE: PURSUIT OF GREATNESS sent shockwaves of excitement throughout the iconic Thuwunna Indoor Stadium, featuring a series of compelling bouts that left fans on the edge of their seats. The blockbuster event culminated with a much-awaited championship clash as two-division kingpin Aung La N Sang defeated Lebanese challenger Mohammad Karaki to successfully defend his ONE Middleweight World Championship.

In the main event of ONE: PURSUIT OF GREATNESS, “The Burmese Python” Aung La N Sang retained his ONE Middleweight World Championship in dominant fashion, toppling Mohammad Karaki of Lebanon by technical knockout in the first round. Aung La N Sang was the aggressor from the opening bell, unloading a barrage of strikes against the challenger, who tried in vain to take the bout to the ground. A well-placed uppercut from Aung La N Sang stunned Karaki and signified the beginning of the end as he put his opponent away with a relentless volley of punches, forcing the referee to call a halt to the contest and award the victory to the hometown hero. His impressive performance earned him the GoDaddy Knockout of the Night.

Aung La N Sang, ONE Middleweight and Light Heavyweight World Champion, stated: “This is just the beginning. I’m going to keep getting better, and I guarantee that I’m going to put on better shows. Together, Myanmar, there are 60 million of us. If we unite and if we work together, we can achieve anything.”

In the co-main event of the evening, Malaysian standout Keanu Subba silenced the crowd at the Thuwunna Indoor Stadium after submitting hometown favorite Phoe Thaw in the first round. Subba took the action to the ground early in the opening round, negating Phoe Thaw’s advantage in the stand-up. Midway through the round, Subba capitalized on an error by Phoe Thaw and fastened a deep guillotine choke, leaving his opponent with no other choice but to tap.

Two-time Superkombat Heavyweight World Champion Tarik Khbabez of the Netherlands outclassed Moroccan-Dutch striker Ibrahim El Bouni en route to a third-round technical knockout victory in an exciting, back-and-forth ONE Super Series Kickboxing contest. From the get-go, Khbabez and El Bouni went toe-to-toe as they traded blistering strikes in the opening round. However, it was Khbabez who picked up steam as the bout progressed, hammering shots to the body until finally getting the stoppage late in the third and final round.

Japanese submission specialist Masakazu “Ashikan Judan” Imanari put on a grappling clinic, needing only 83 seconds to submit Singapore’s Radeem Rahman with a crushing armbar. It didn’t take long for Imanari to impose his will on Rahman, bringing the action to the ground with the intent to end the bout with an omoplata. After Rahman managed to shrug off the aforementioned submission hold, Imanari quickly transitioned into armbar, forcing Rahman to wave the white flag to record his 26th career win by way of submission.

Top King Muay Thai World Champion Han Zi Hao of China weathered an early storm from debuting Filipino kickboxer Ryan Jakiri to notch an astonishing first-round knockout victory. Jakiri came out very aggressive in the opening frame, clobbering Han with well-timed punches and lashing low kicks. However, it was Han who had the last laugh as he uncorked a counter right cross that instantly turned the lights out on Jakiri, claiming his second consecutive win on the ONE Super Series stage.

Two-time Lethwei Gold Belt Champion Ye Thway Ne of Myanmar overcame a gallant effort from countryman Mite Yine to score a unanimous decision victory. The two locked horns in an energetic clash between talented and fierce strikers, peppering each other with fiery combinations. A tough three-round affair would end with all three judges scoring in favor of Ye Thway Ne.

Australia’s very own Josh Tonna took on Italian striker Joseph Lasiri in a spirited ONE Super Series Kickboxing contest, featuring plenty of action and excitement. The two traded their best shots in three solid rounds of action, but it was Tonna who showcased superior technique, plastering Lasiri with thudding kicks and impactful punches. In the end, all three judges ruled the bout in favor of Tonna, earning the 30-year-old Australian kickboxer a unanimous decision victory.

In a battle between two outstanding bantamweights, Afghanistan’s Ahmad Qais Jasoor emerged triumphant, claiming his first victory under the ONE Championship banner at the expense of Chinese opponent Ma Xu Dong. Switching his stance from orthodox to southpaw, Jasoor repeatedly caught Ma with staggering straight punches. With his switch-hitting style posing problems that Ma could not handle, Jasoor went for the finish in the second round, landing a hard left hand before drilling his counterpart with a series of solid blows to secure the knockout win.

Setting the tone for an action-packed evening was a flyweight encounter between Rudy Agustian of Indonesia and Kaji Ebin of the Philippines. Agustian turned in a spectacular performance, submitting Ebin with a wrenching Americana lock in the opening round.

Official results for ONE: PURSUIT OF GREATNESS

Previous articleRelive Dustin Poirier’s decisive victory against Eddie Alvarez! (Video)
Next articleHolly Holm recalls getting knocked out and her redemption in the rematch