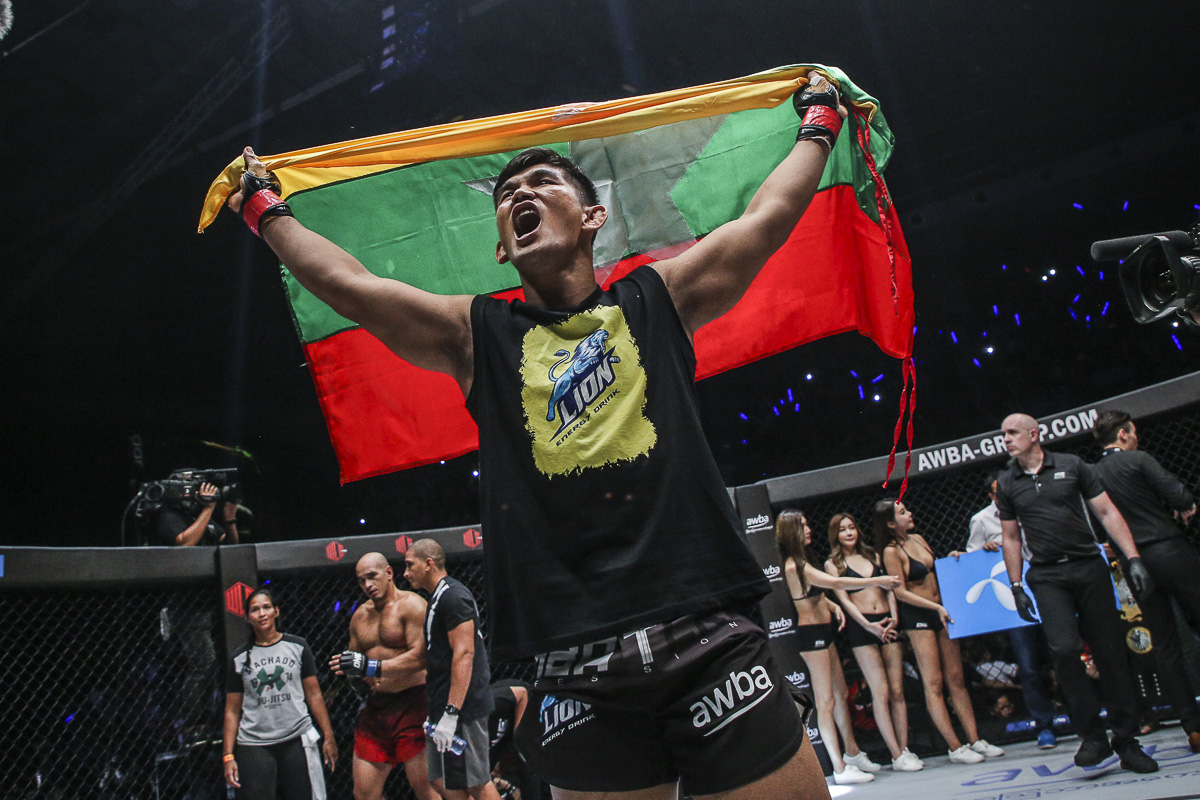 ONE Middleweight World Champion Aung La N Sang’s meteoric rise reached new heights at ONE: QUEST FOR GOLD on Friday, 23 February, as he knocked out Brazil’s Alexandre “Bebezao” Machado in spectacular fashion to capture the ONE Light Heavyweight World Championship in Yangon, Myanmar.

Also, with the win, he became the promotion’s second-ever two-division ONE World Champion, only behind featherweight and lightweight king Martin “The Situ-Asian” Nguyen.

The atmosphere at the Thuwunna Indoor Stadium was at fever pitch before a single punch had even been thrown.

A capacity crowd roared Aung La N Sang to the cage ahead of the contest. And the fans in the stands got the result they wanted, as their man delivered a stunning performance and finished Machado inside the opening minute of the bout with a highlight reel knockout. 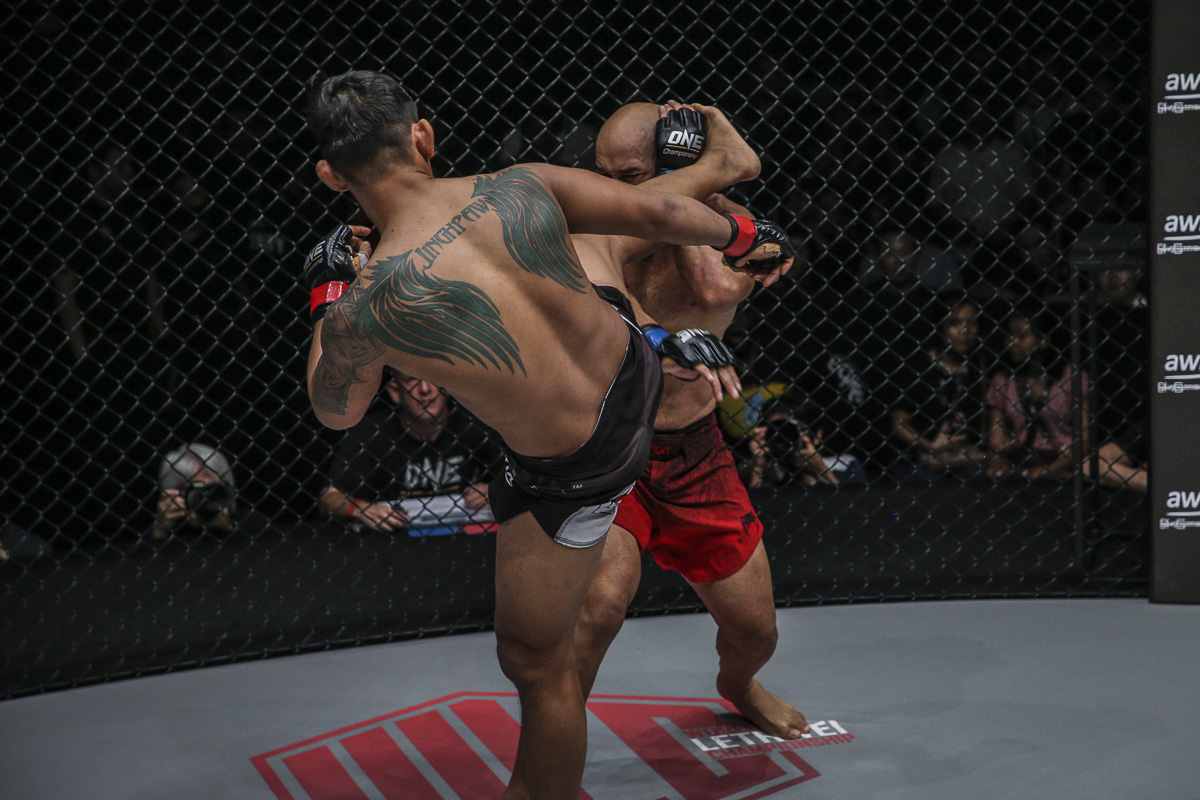 Despite the red-hot atmosphere in the arena, Aung La N Sang looked as calm as can be, coolly walking down the Brazilian jiu-jitsu ace, and testing the distance with range-finding jabs and the occasional leg kick. But it was a kick of a more spectacular kind that would ultimately prove decisive for the 32-year-old Myanmar icon.

With the bout still in its early stages, Aung La N Sang gradually forced Machado back against the cage fence, lined him up, and then unleashed a huge head kick. Despite the Brazilian’s attempt to block it, the kick landed with such force that it sent “Bebezao” crashing to the canvas.

As “The Burmese Python” moved in to apply a flurry of ground strikes, referee Olivier Coste dived in to spare the Brazilian any unnecessary punishment. The contest was stopped at the 56-second mark, which sets a new record for the fastest knockout and stoppage victory in ONE Championship’s light heavyweight division.

Following the bout, Aung La N Sang dedicated the victory to a former student, who had tragically taken his own life after suffering from depression. The hero then reinforced his desire to unite his home country of Myanmar.

“One thing’s for sure. Myanmar, if we are united, nothing can stop us,” he stated.

He attributed the title-winning head kick to the training he received at Hard Knocks 365 in Fort Lauderdale, Florida, under the tutelage of Dutch striking coach Henri Hooft.

“That is something I have been working with Henri at Hard Knocks 365,” he revealed, before thanking his home team at Crazy 88 MMA in Baltimore, Maryland, and everyone who had supported him on his journey.

“I want to thank everybody who helped me out to get here,” he continued. “This is a team sport. If we are together, we can do anything.”

After securing the 22nd win of his storied career, “The Burmese Python” said he would not rest on his laurels after capturing his second world title. He is eager to defend both of his world titles against the best middleweights and light heavyweights around.

“I want to be the best,” he declared. “I want to defend these two belts. I do not want to hold them and leave.”

Greenhill to partner with Brave Combat Federation for Jordan