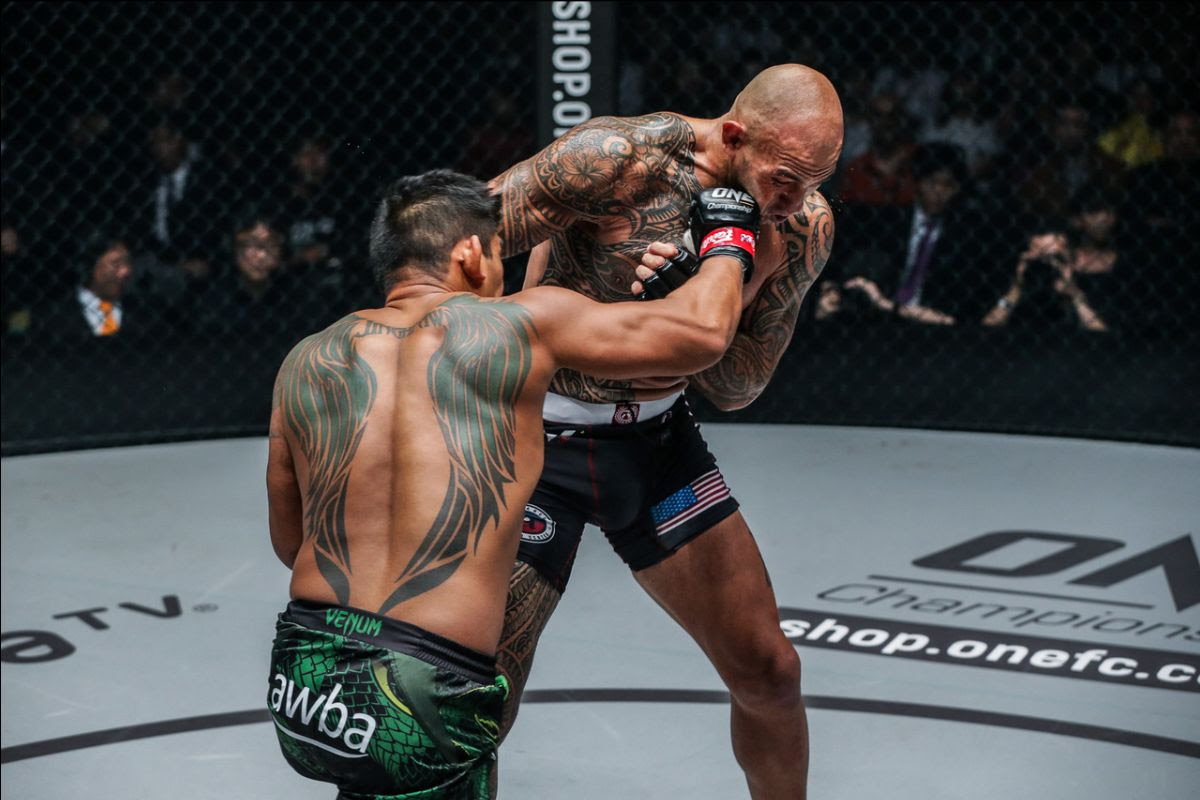 The largest global sports media property in Asian history, ONE Championship™ (ONE), completed a historic evening with a stacked card at ONE: CENTURY 世紀 PART II. The mega event which took place at the Ryogoku Kokugikan featured some of Japan’s top martial arts talents, alongside the biggest international superstars. In the main event, ONE Light Heavyweight World Champion Aung La N Sang put together a spectacular performance, finishing ONE Heavyweight World Champion Brandon Vera in the second round to retain his World Title.

In the main event of ONE: CENTURY 世紀 PART II, reigning ONE Light Heavyweight World Champion “The Burmese Python” Aung La N Sang of Myanmar retained his World Title with an incredible performance against ONE Heavyweight World Champion Brandon “The Truth” Vera of the Philippines. Aung La set the tempo in the first round, peppering Vera with leg kicks in an attempt to slow down the taller man. Against the fence, Vera would connect on a series of punches and elbows, which Aung La wore well. The second frame opened up with more action on the inside, as both men connected on huge combinations from close range. Vera and Aung La took each other’s best shots. A furious exchange of thunderous strikes against the fence ensued. Aung La landed a sharp spinning back elbow to rock Vera, sending the Filipino-American to the canvas. Aung La put on the finishing touches with ground-and-pound while Vera covered up.

Japanese legend and former ONE Lightweight World Champion Shinya “Tobikan Judan” Aoki made quick work of former ONE Featherweight World Champion Honorio “The Rock” Banario of the Philippines, winning by first-round submission in less than a minute. Banario tried his best to keep distance, but Aoki closed the gap almost immediately and fished for the bodylock takedown. Once they hit the mat, Aoki saw the opening and instantly latched onto a D’Arce choke to seal the deal and force the tap in just 54 seconds. 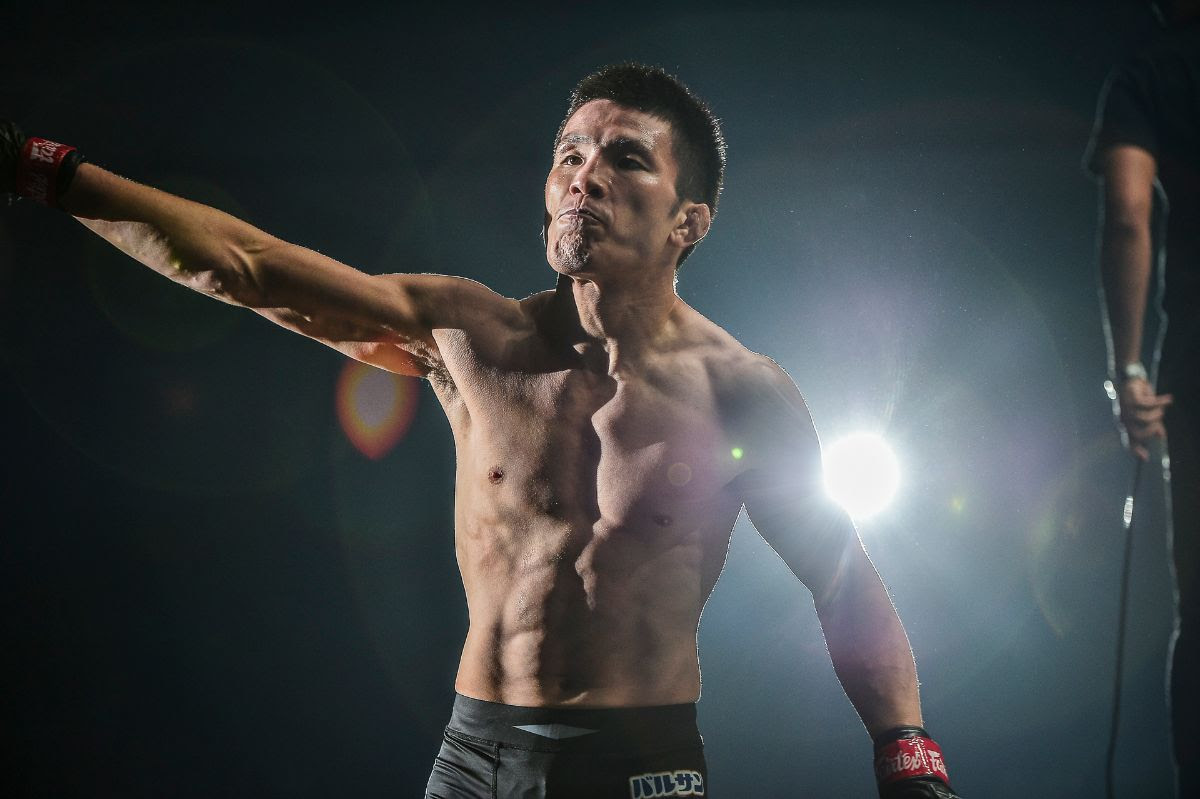 Reigning ONE Bantamweight World Champion Bibiano “The Flash” Fernandes of Brazil ended his rivalry with former titleholder Kevin “The Silencer” Belingon of the Philippines, winning by second round submission. After a brief exchange on the feet, Fernandes immediately shot in for a successful takedown, landing in side control. The Brazilian controlled Belingon with his top game for the majority of the first round. The second round saw Belingon come out firing, but Fernandes was relentless in his pursuit of the takedown. As Belingon left Fernandes an opening, the champion swiftly capitalized to take his back. Moments later, Fernandes sunk in a deep rear naked choke to force the tap.

Reigning ONE Flyweight Muay Thai World Champion Rodtang “The Iron Man” Jitmuangnon of Thailand outlasted game opponent Walter Goncalves of Brazil in a gruelling five-round contest. The first round saw both competitors moving forward with their most powerful combinations, neither man taking a step back. Action continued the same way in the second and third rounds, with the champion Rodtang pushing the pace as Goncalves countered off his back foot. The penultimate round was close, with Rodtang swinging wild haymakers from the center of the ONE Circle. Goncalves, however, showcased impressive head movement and evasion, slipping most of the champion’s power shots. In the final round, Rodtang continued to stalk Goncalves across the canvas, but the Brazilian was unwilling to engage. In the end, Rodtang walked away with a split decision victory to retain his title. 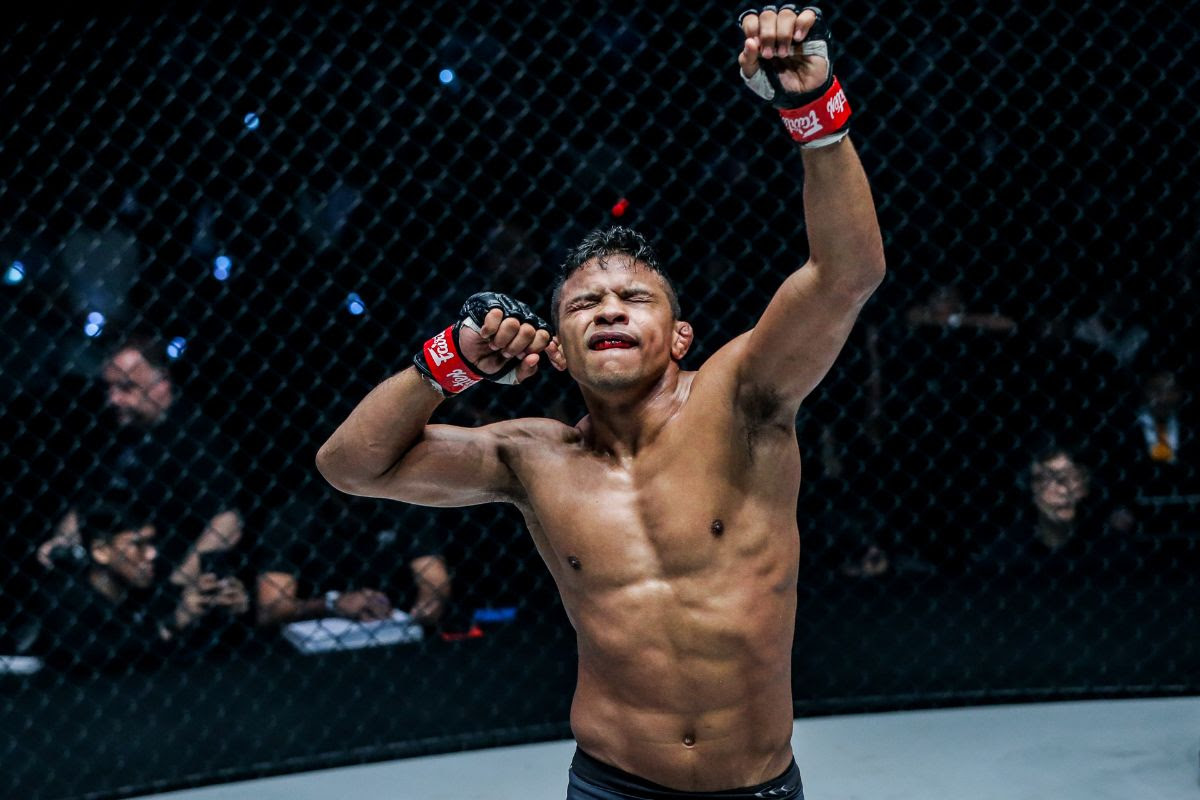 Italian-Armenian kickboxing legend Giorgio “The Doctor” Petrosyan punched and kicked his way to the ONE Featherweight Kickboxing World Grand Prix Championship and a cool USD 1 million grand prize after edging out France’s Samy “AK47” Sana by unanimous decision. Petrosyan navigated Sana’s height and reach advantage to connect on crisp punch combinations throughout the three-round affair. In the end, Petrosyan put through a dominant performance to earn the nod on the judges’ scorecards and the biggest win in his ONE career.

Indian heavyweight Arjan “Singh” Bhullar opened his ONE Championship career on a high note with a hard-fought unanimous decision win over former ONE World Title Challenger Mauro “The Hammer” Cerilli of Italy. A wrestler by discipline, Bhullar showed off a different facet of his game, picking apart Cerilli with pinpoint strikes while avoiding damage with impeccable head movement. Bhullar was one step ahead for all three rounds as he announced his arrival to the ONE heavyweight division with a convincing debut win.

Japan’s Mei “V.V.” Yamaguchi strengthened her case as a top contender in the women’s atomweight division with a unanimous decision win over Chinese Taipei’s Jenny “Lady GoGo” Huang. Yamaguchi put her high-level grappling on full display as she was able to take Huang down with ease. Huang held her own thanks to her striking. But in the end, it wasn’t enough as Yamaguchi earned the decision victory to push her winning streak to three straight.

Shooto Bantamweight World Champion Shoko Sato pulled one back for Team Shooto after defeating Pancrase Bantamweight World Champion Rafael “Morcego” Silva via technical knockout in the second round. Silva was relentless in his attempt to bring the action to the ground, but Sato was able to defend well. In the second round, Sato popped out of a takedown attempt and landed barrage of knees and punches to finish Silva off and score the first stoppage win of the night.

In an intense showdown between welterweight competitors, Pancrase World Champion Hiroyuki “Last Samurai” Tetsuka and Shooto World Champion Hernani Perpetuo figured in a three-round war to the delight of the Ryogoku Kokugikan crowd. Although Perpetuo tried his best to match Tetsuka with every strike, the Japanese warrior proved much too powerful. After three rounds of solid action, it was Tetsuka who came out on top.

Kicking off the action at ONE: CENTURY 世紀 PART II was Pancrase Lightweight World Champion Takasuke “Hawk” Kume who overcame a spirited effort from Shooto Lightweight World Champion Koshi “Luxor” Matsumoto to win by unanimous decision. It was a closely-contested bout through three rounds, with both men doing tremendous work in stand-up and grappling exchanges. In the end however, Kume did just enough to impress the judges and come away with the nod across the board.