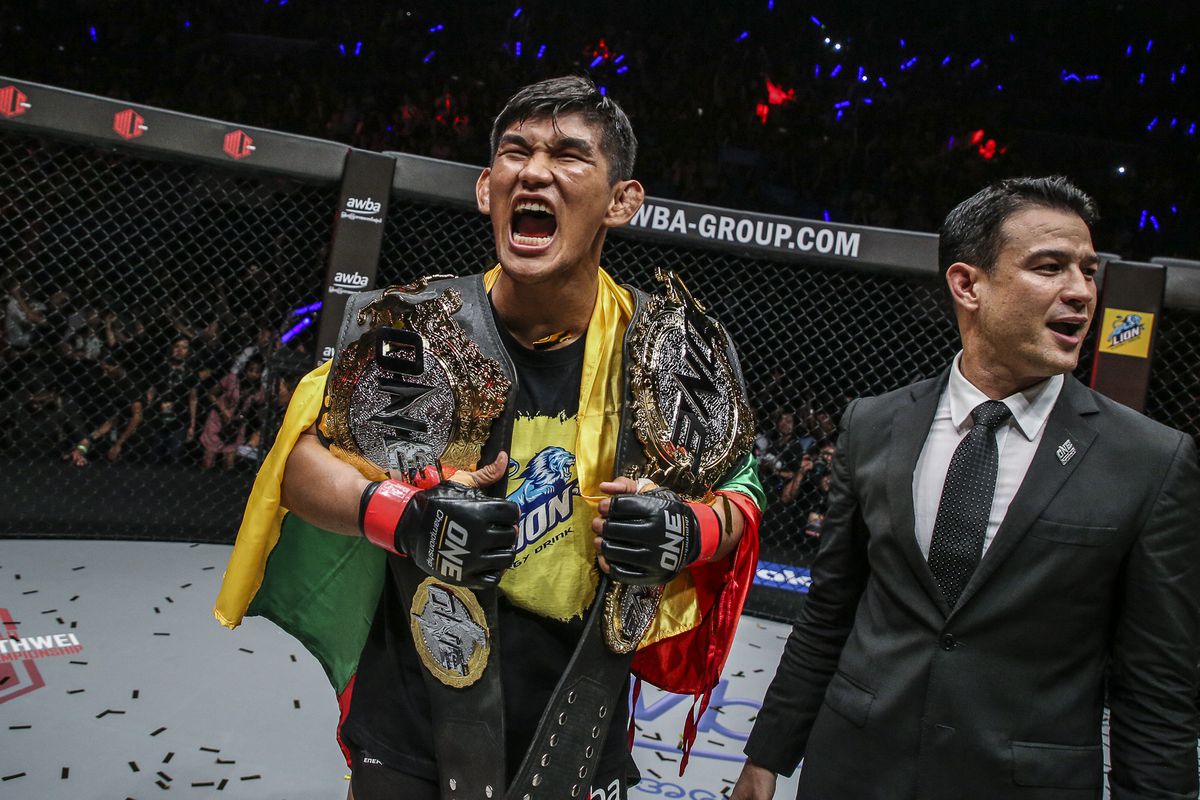 The two-division champion of the ONE FC Aung La NSang is going to return in October to defend his title.

Aung La trains at Sanford MMA in Florida and has been restricted from competing by the pandemic and the various travel restrictions in place. A four-fight win streak in ONE saw him earn a shot at then-middleweight champion Vitaly Bigdash at ONE Championship 51 in January 2017, but he couldn’t convert his first title opportunity into a victory as he lost out on the scorecards. Nevertheless, his display on short notice was enough to earn him an immediate rematch and he took the opportunity with both hands. A unanimous decision win after a thrilling contest saw N Sang crowned champion.

He submitted knockout artist Alain Ngalani in an open-weight then finished Alexandre Machado, Ken Hasegawa twice in their fights, Mohammad Karaki, and reigning ONE heavyweight champion Brandon Vera, all by knockout, as he added the light heavyweight title to his resume and cemented his status as a simultaneous two-division champion. N Sang was scheduled to face Bigdash in a middleweight title trilogy fight in April before the COVID-19 pandemic sent the promotion into an enforced hiatus. Aung La is 26-10 and is both the middleweight and light heavyweight champion. His next potential opponent De Ridder has a 12-0 record and has won three straight since arriving in ONE in 2019. So this is going to be an intriguing match up if it takes place as per schedule.

Aung La tested positive for Covid-19 himself back in July, but looks to have bounced back strongly and was recently seen sparring with former UFC title contender Anthony ‘Rumble’ Johnson.

ONE Championship ready to return

The promotional CEO Chatri Sityodtong while talking to SCMP MMA made all these announcements regarding the upcoming fights and events of ONE Championship.

Chatri said “Next week we’ll announce the return of our mega-events. We’ll announce some big things happening in October. I think Twitter leaked some stuff out this morning, I’ll just say I don’t know how Twitter does it,” Chatri said, laughing. Some big things are happening, we’ve been working with a lot of governments. You’re gonna see some cool stuff coming out of ONE Championship in the coming weeks.”

He continued “Aung La will be defending his title. His first opponent he was gonna defend against before the pandemic was Reinier, the undefeated Dutch fighter, but he was injured from his last fight, and that’s why we went with Vitaly Bigdash. Both are worthy opponents. People want to see a trilogy with Bigdash, they’re one apiece, that’s a big fight. But Reinier, that’s gonna be a really interesting fight for Aung La as well.”

He talked about ONE FC back with their major events ”Our global events are back, I’ll be making a formal announcement in the coming week. Hopefully, we make some big noise.”We’ve cracked the problem. So knock on wood there’s not some crazy spike that causes governments to crack down even more,” Chatri said. “We’ve been working with local governments on the situation.”

So all the ONE FC fans can expect some big fight news coming their way shortly as the promotion is ready to deliver on all platforms and give their fans some amazing fights to look forward to.

Previous articleLeon Edwards blasts Nate Diaz online over ‘Punk’ diss
Next articleNate Quarry retired from UFC 10-years ago, but he is still bound by UFC contract