Bahrain introduces the most prestigious trophy in sports history 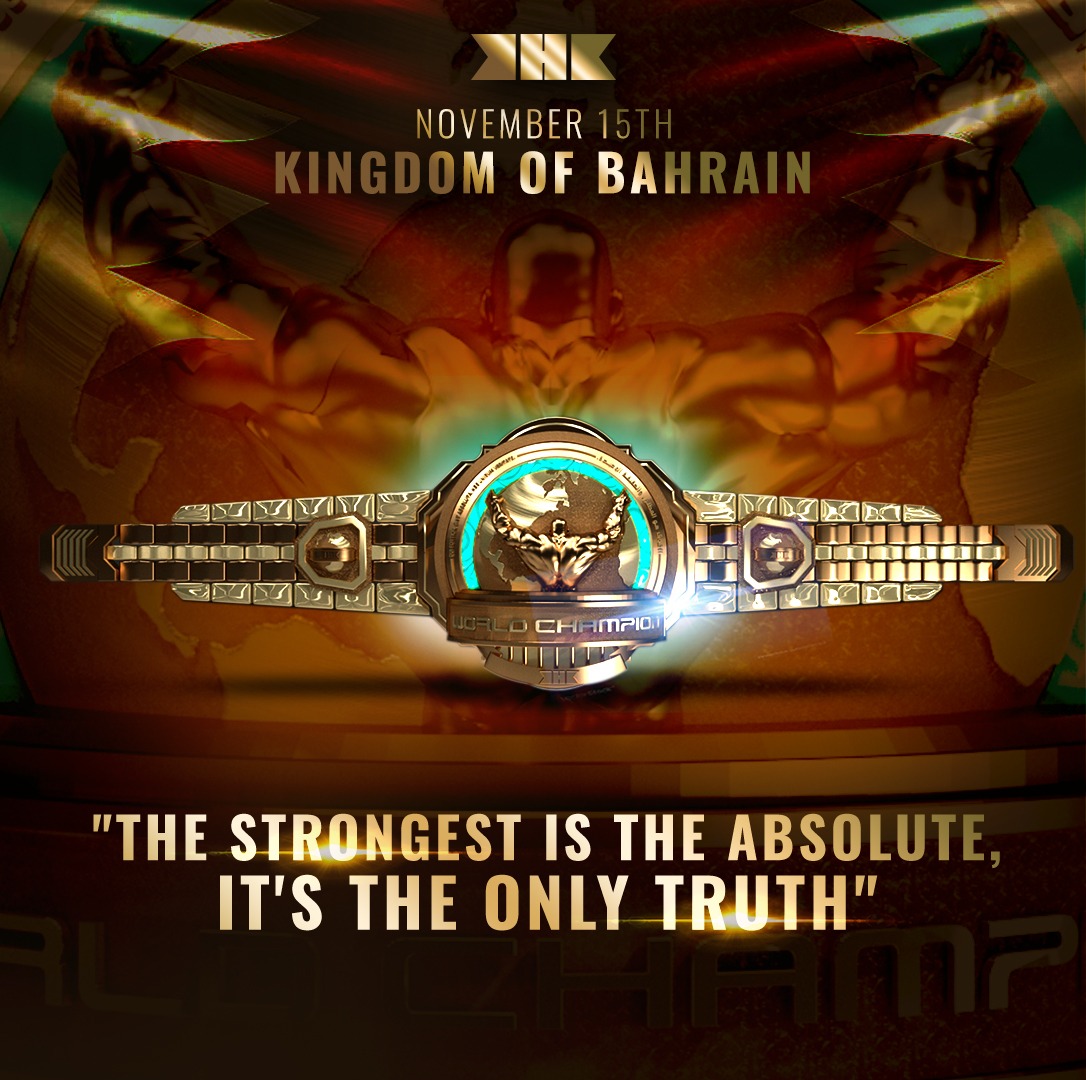 The KHK World Championship promises to turn the combat sports world on its head as it will offer the most prestigious prize ever. Bahrain’s BRAVE Combat Federation and KHK MMA introduced this week a one night, four men, open-weight tournament that will shake mixed martial arts to its core with the grand prize of $100,000 plus a shiny new belt made of 6.2 kg of pure gold.
The Kingdom of Bahrain will play host to one of the most notorious tournaments in MMA history as BRAVE 29, on November 15th, will introduce the first-ever KHK World Championships, which is open for applications from all fighters, regardless of promotions and weight-classes. All athletes are welcome to join, and the only requirement is that they must have at least one professional victory on their records. The special belt has more weight in gold than the FIFA World Cup trophy, the Vince Lombardi Trophy for NFL, and the Larry O’Brien trophy for the NBA, as well as the Wimbledon trophy, arguably the most sought-after prize in tennis.

The KHK World Championship belt is also heavier than the biggest prizes in entertainment, such as the Golden Globe Awards, the Academy Awards, and the BAFTA’s.
President of BRAVE CF, Mohammed Shahid celebrated yet another milestone for the world of MMA through KHK MMA and BRAVE CF, as well as talking about the origins of the tournament.
“This is a big moment for MMA, something that His Highness Shaikh Khaled bin Hamad Al Khalifa has visualized as an opportunity for another milestone for sports not just in the Kingdom of Bahrain but all over the world”, said Shahid during the unveiling of the tournament.
The KHK World Championship belt will be on the line in the biggest edition of the BRAVE International Combat Week, when 500+ athletes from 60+ nations will travel to Bahrain to participate in the IMMAF World Championships, the Olympics of mixed martial arts, and to take part at the biggest BRAVE CF event yet, on November 15th.