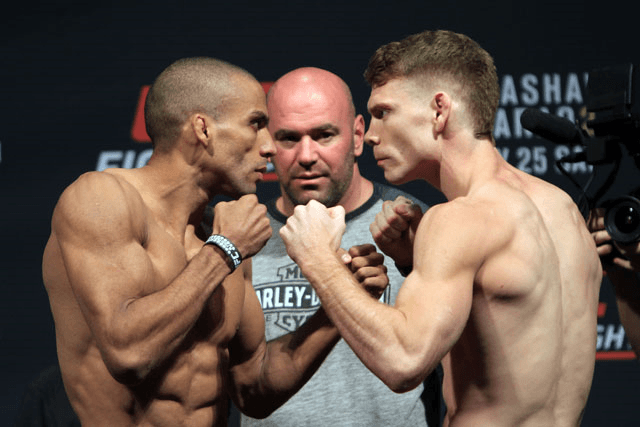 When two fights were intense and fun to watch, a trilogy is almost a guarantee. Especially, when things are tied 1-1. That’s the case Edson Barboza and Paul Felder.

Although “The Irish Dragon” Paul Felder is a RoufuSport regular, he had trained alongside Edson Barboza in New Jersey for a while. That was before the Brazilian Barboza moved down to Coconut Creek Florida to train at American Top Team. 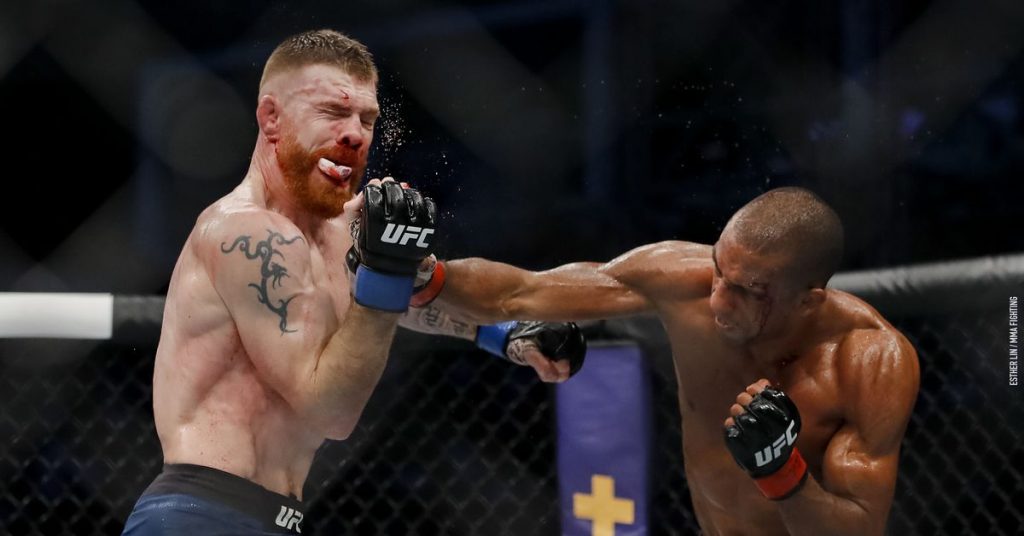 There has been six intense rounds between the two and it’s all tied up. After his third straight bout ending in a decision, and bringing down the curtains on a three-fight losing streak, Edson Barboza has some choices. He did tell Dan Hardy in the cage exactly what he would like next and that is a top 5 ranked fighter in the UFC Featherweight division. However, the Brazilian fighter is also ready to have a trilogy fight with Paul Felder as well. 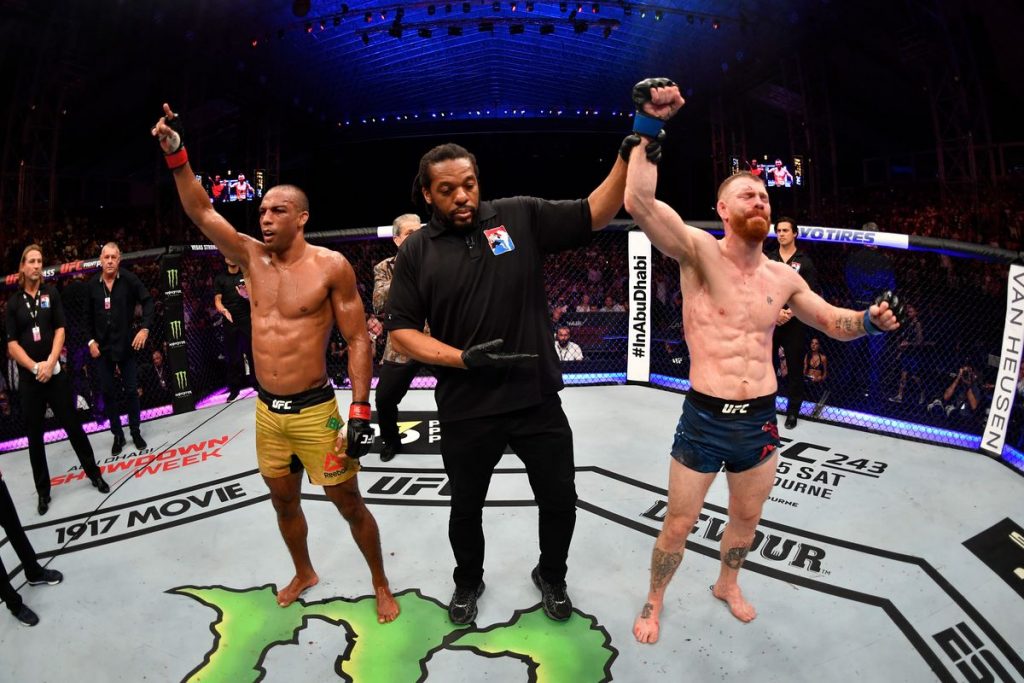 Since Edson Barboza was outworked by Khabib Nurmagomedov at UFC 219, the Brazilian fighter has now gone 2-5 and he’s now 1-1 in his new division.

Edson Barboza does look fresher at 145 pounds, which is a scary proposition for those that call the division home. Although Paul Felder has his hands full at home with his young daughter and broadcasting duties, he hasn’t completely called time on his fighting career.

After the split decision loss to Dan Hooker, he said he was done. But then later on Felder said in an interview with MMA Junkie, that he is not yet retired. So there’s still hope to do this fight.

Has the 35-year-old Philadelphia native slowed down? Sure. But both battles still leave unanswered questions. If a fighter can have his way, he would go out on a win and not a loss. Preferably, a finish too.

That’s something that Paul Felder hasn’t done since the TKO win over Charles Oliveira at UFC 218 in 2017.

The third part of the equation is would it be worth for Dana White and UFC to even put the fight together. Perhaps, the new year will bring some of those answers.