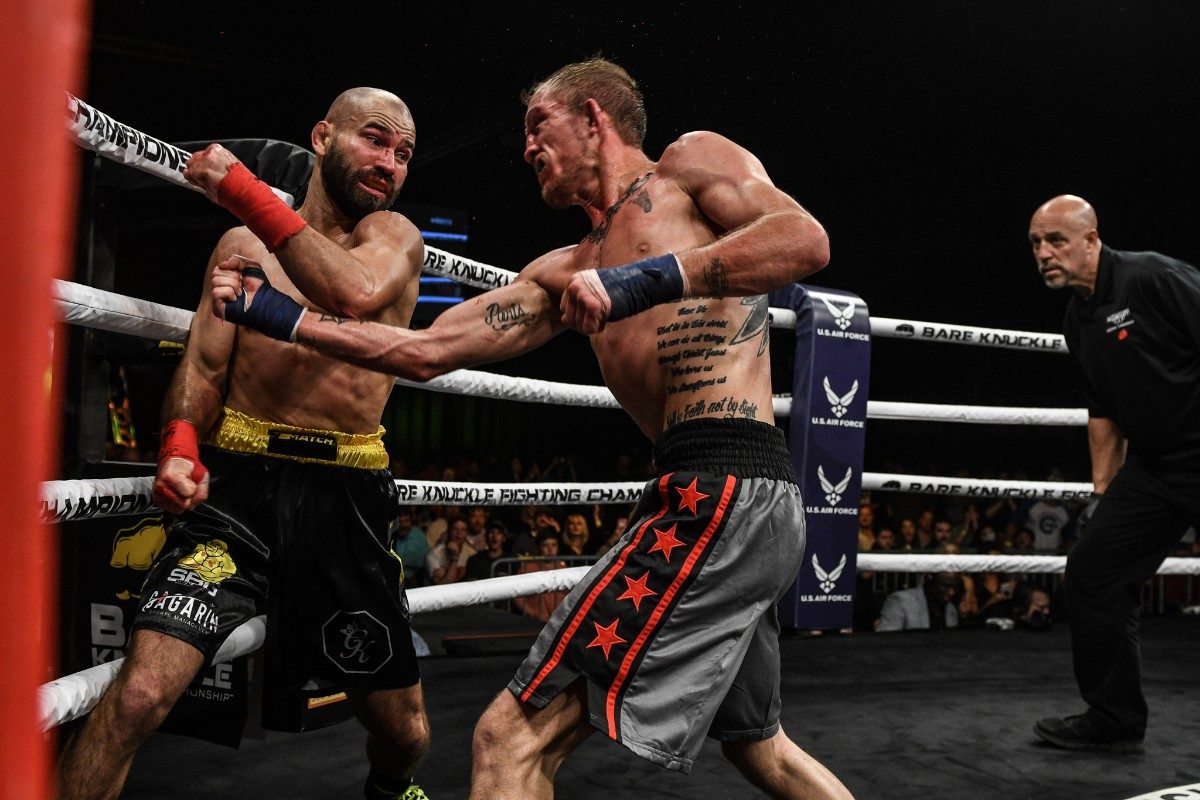 Artem Lobov had his first-ever fight in Bare Knuckle FC against Jason Knight. The Bare Knuckle FC 5 fight went Lobov’s way, and the fighter did not hold back from announcing his intentions for Paulie Malignaggi.

The fight was bloody and entertaining, but ultimately, Lobov got the decision win with 48-47, 47-47, and 48-46. The first three round saw Lobov knocking down his opponent, and was himself knocked down in the 1st round.

Lobov did not take anything away from Knight, saying that the fighter had done more than a good job and that he would let his face do the talking. He admitted that he thought he had finished Knight a number of times, but the fighter kept on coming back and at him.

Lobov and Malignaggi have exchanged words of late, and after his fight with Knight, Lobov had a message for Malignaggi.

“Malignaggi is a little pu**y who plucks his eyebrows. I’m going to spark him.”

For now, he was barely able to get by Knight via the decision win, but his opponent felt that he had been robbed and that he was the rightful winner.

Later, the BKFC President went on to announce that on 22nd June, the BKFC event would be headlined by Artem Lobov and Pauli Malignaggi.

Previous articleUFC: Kelvin Gastelum on Israel Adesanya: He’s not fought the quality of opponents that I have
Next articleCub Swanson is hyped about Malignaggi vs Lobov Bare knuckle fight