Bec Rawlings reveals how Onlyfans saved her during the Pandemic 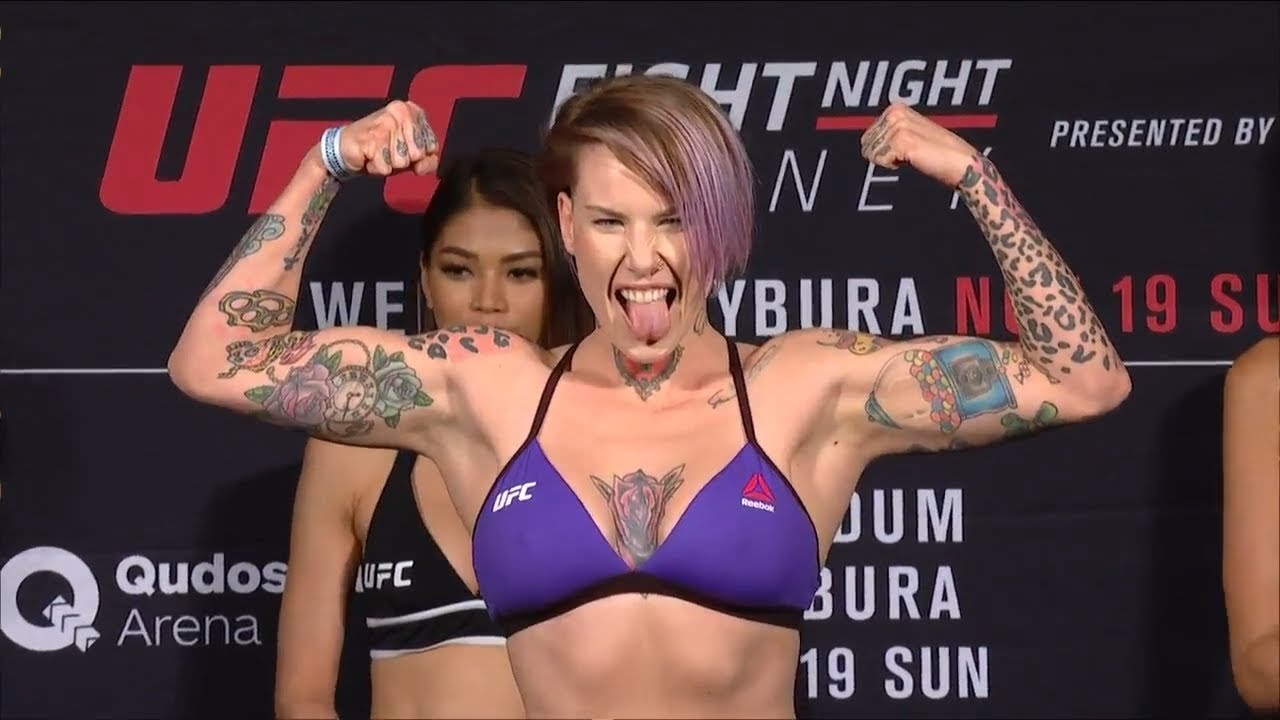 Australian TUF and UFC veteran Bec Rawlings currently reigns as BKFC’s featherweight champion stated that Onlyfans helped her a lot during the pandemic. 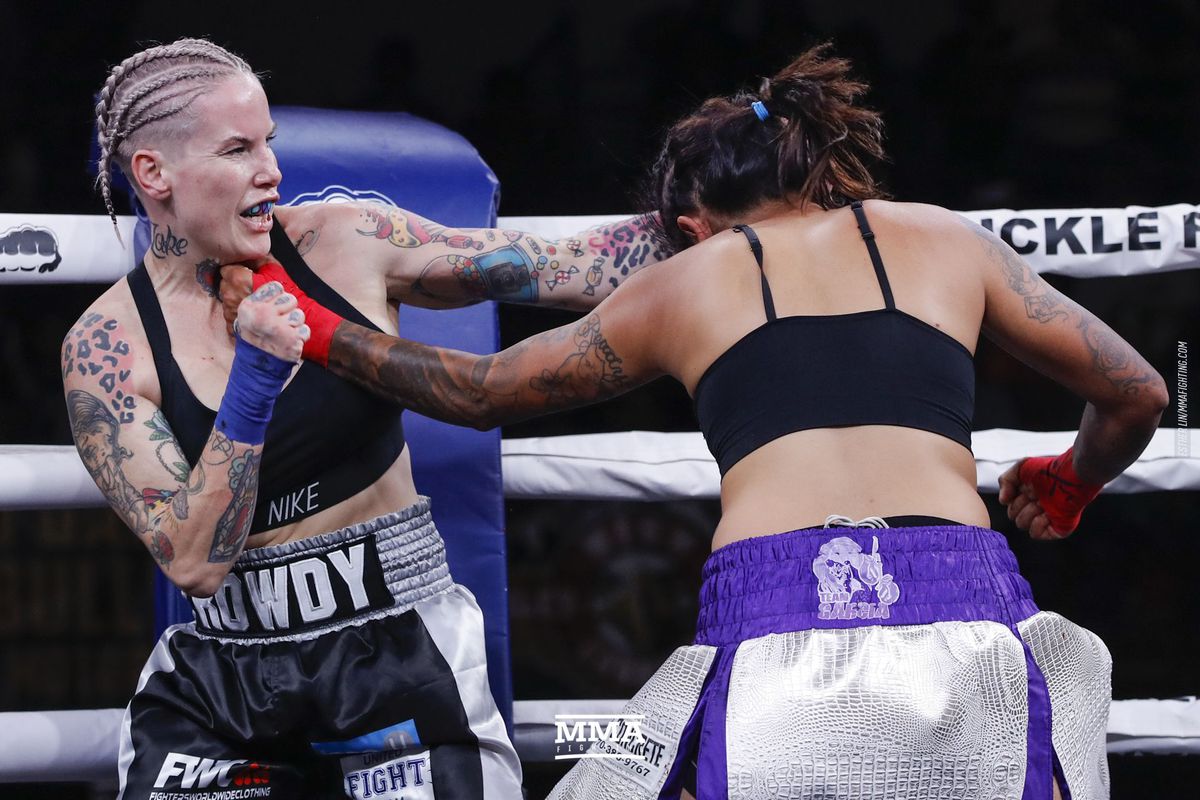 For those unaware, OnlyFans is a subscription-based website where content creators can post photos, videos, or even music with fans typically shelling out a monthly fee to see what’s on a person’s page. The site came to prominence over the past couple of years mainly because sex workers began flocking to OnlyFans to not only control the content they were putting out but also to cash in financially after the internet completely changed the adult entertainment industry in recent years.

While OnlyFans was generally recognized for adult content, the site wasn’t explicitly set up strictly for sex workers. Fitness models, dancers, and all sorts of other people from various industries began setting up pages through OnlyFans, which then allowed subscribers to pay to see their content.

Like many other people, Bec Rawlings faced a financial crisis during the global pandemic, but that’s when her Onlyfans account helped her to make some valuable money. Rawlings tells that being on OnlyFans has been a game-changer for her and made her survive the pandemic.

“Look it’s been a game-changer for me,” Rawlings told MMA Fighting. “I’d be stressing and freaking out right now. I definitely wouldn’t be in the situation I’m in right now if I didn’t start my OnlyFans. I took the plunge and I’ve never really been one to care about what people think or say. I put myself out there and it’s paid off.

“Normally, I’d be freaking out right now if I haven’t fought yet and made some money. So it’s allowed me to make money elsewhere. So it’s saved me during this. It’s been good. I’m enjoying it. I’ve always been good about putting stuff online and with social media so it’s allowed me to get on a more exclusive website where people can pay to see your content and make some money off it instead of putting stuff up on Instagram or Facebook and they reap all the benefits.”

While Rawlings wasn’t going to share her bank statements, she says the amount of money she’s made from OnlyFans has kept her family afloat during the pandemic.

“I’m not Bella Thorne level at all but I’ve made some decent money,” Rawlings said. “It’s been worth it, especially with the criticism that’s come with it like ‘oh this is what MMA has come to’ like we’re stooping to some level and it’s not that at all. It’s your choice of what kind of content you put on your profile. I think people just naturally assume the worst.”

“Of course when they see other stuff on that kind of site, they assume that’s what we’re posting on there. It’s been worth it. I’ve made some great money on there.”

“I think it’s cool to see other fighters and especially athletes embrace the site and hustle on something that we can,” Rawlings said. “We can’t tell the future and with the pandemic, we don’t know when we’re going to fight and so this is a way to set yourself up and have another source of income. It will be interesting to see what kind of content people are offering and if they stick around.” 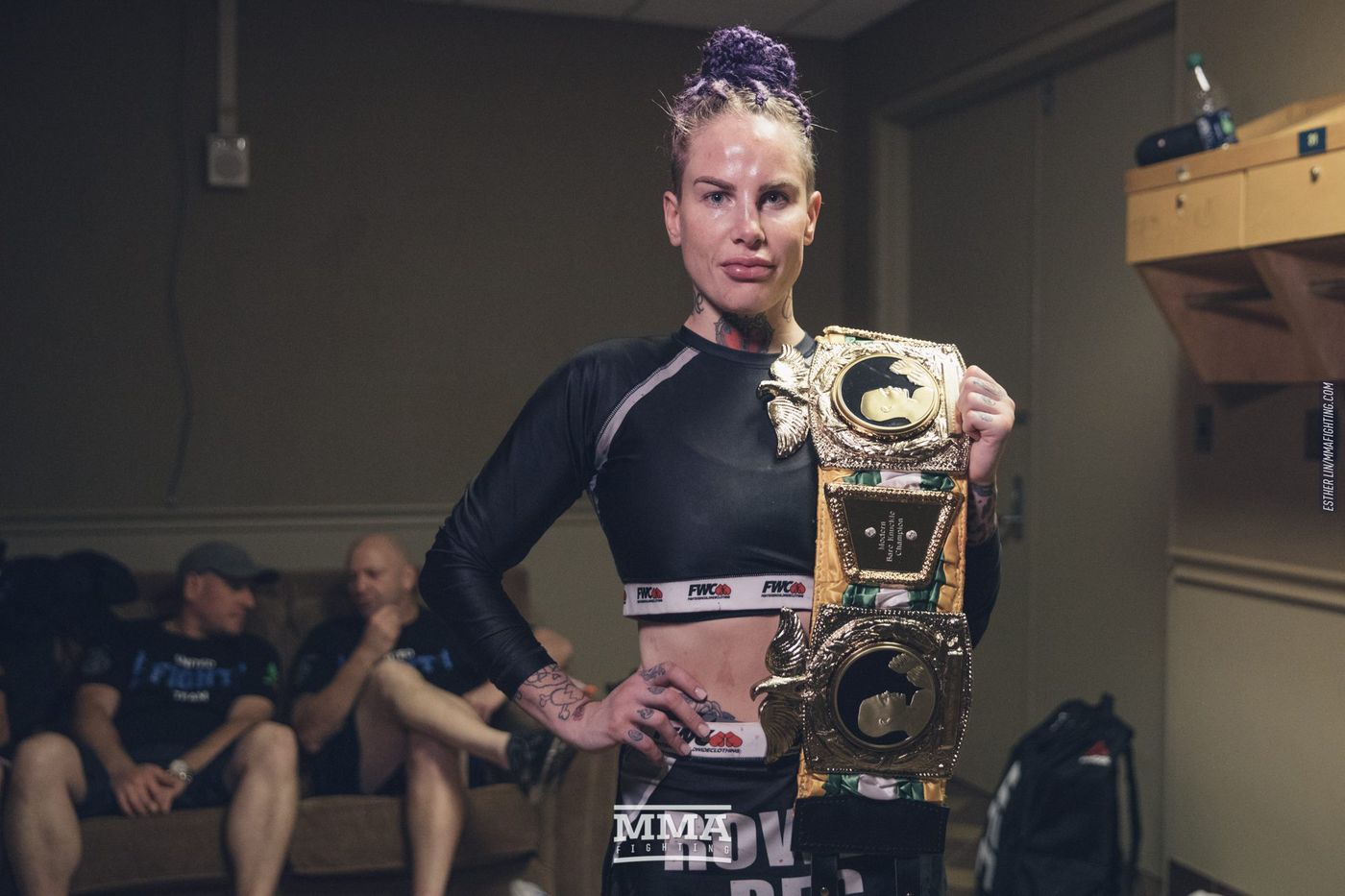 Rawlings joined the UFC in 2014 as a cast member of the 20th season of The Ultimate Fighter. That season launched the UFC’s strawweight division and crowned the weight class’ first champion (Carla Esparza) in the finale.

Rawlings was eliminated by Tecia Torres in the first round of that series but went on to be signed by the UFC. In her professional debut for the company, she lost to Heather Jo Clark on the TUF Finale card. She rebounded with wins over Lisa Ellis and Seo Hee Ham. After four straight losses in the Octagon, Rawlings left the UFC in 2018. Since leaving the UFC Rawlings has competed for both Bellator and BKFC. In bare-knuckle fighting, she is a perfect 3-0 and also the featherweight champion at BKFC.