Before Lovlina Borgohain’s bronze, her village had no motorable roads 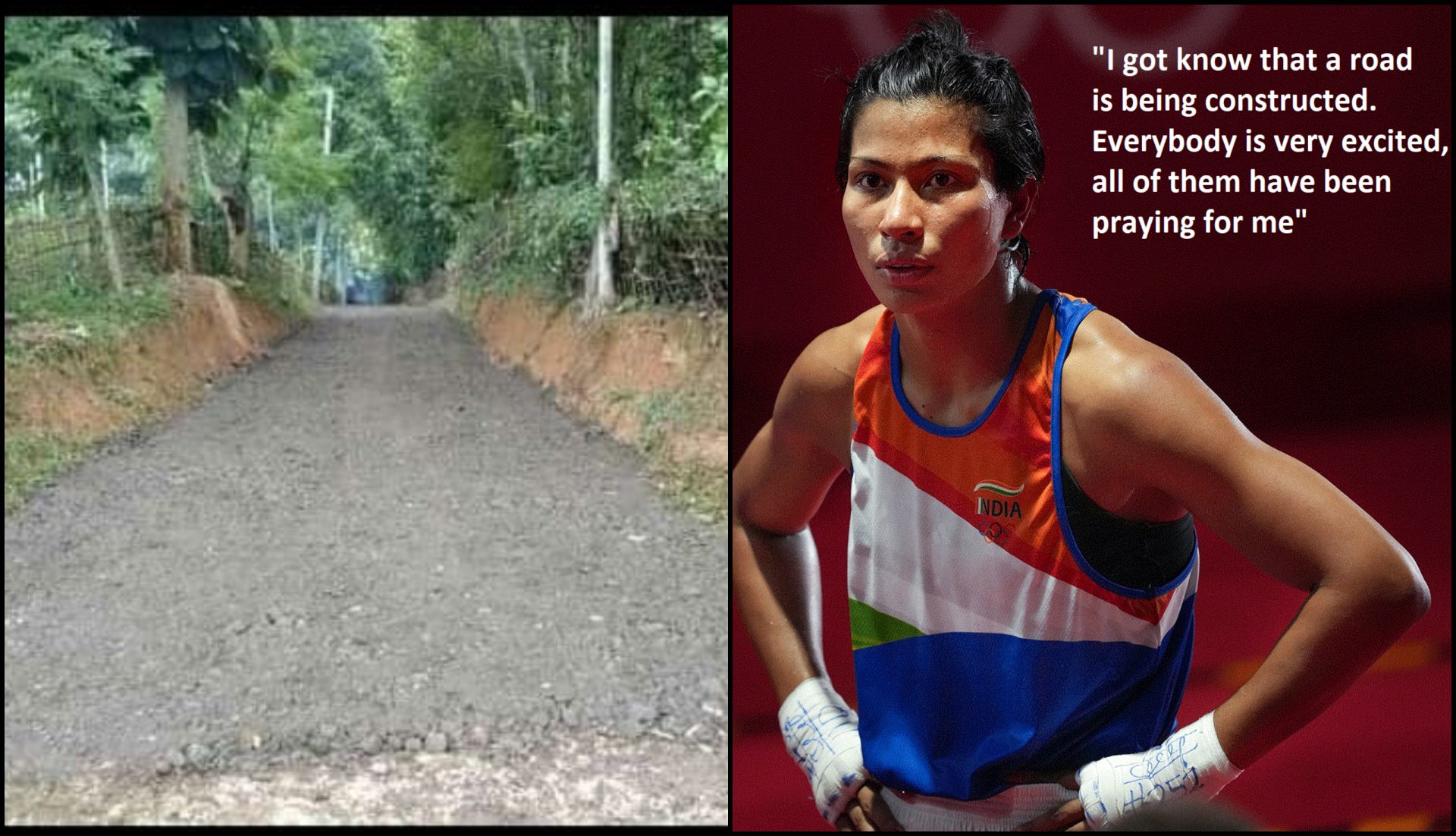 Indian boxing sensation Lovlina Borgohain has made her country and her fellow sportspersons from India proud at the recently concluded Tokyo Olympics after winning a bronze medal in welterweight.

The 23-year-old, who hails from the village of Baromukhia in the Golaghat district, Assam is the first female athlete and the second boxer from her state to represent India at the grand quadrennial event, and also the second female and third ever pugilist from the country (after Mary Kom and Vijender Singh) to clinch an Olympic medal.

However, like almost every other athlete in the country, Lovlina has come off from a struggling past, and one of the biggest hurdles for the girl hailing from the Baromukhia village was the lack of any motorable road.

Only after she assured the country a medal at the Olympics, the long-pending work of constructing a motorable road finally gained pace as the state government initiated to make a 3.5 km long road in Lovlina’s locality motorable, which was broken down and remained muddy before she earned her historic feat in the Japanese capital last month.

Road After Medal#LovlinaBorgohain village get metalled road. Long pending road work started only after she assured medal in Tokyo.

This is a reason why we lack in sports. Attention comes only after the medal, largely authorities fail to strengthen system at grassroots level… pic.twitter.com/2HoIjEwSSX

“I got know that a road is being constructed. Everybody is very excited, all of them have been praying for me. I am not on social media, but my parents used to tell me that there is a lot of excitement in Assam. I thank everyone,” Lovlina spoke to The Republic last week.

Alongside Lovlina’s residence, the road also houses the home of Havildar Padam Bahadur Shrestha of 3/9 Gorkha Rifles, who was martyred in 2019 when Pakistan opened unprovoked firing along the Line of Control in Jammu and Kashmir’s Kupwara district.

Back in 2016, roadwork was initiated by the then Chief Minister Sarbananda Sonowal, but after only 100m of motorable construction, work was halted. The locals have revealed that due to the condition of the road, many patients would suffer from delays when trying to reach the hospital.

Moreover, Lovlina’s village also has no hospital, apart from a small primary healthcare facility and patients would have to travel around 45 km which included the unmotorable muddy road for treatment. Baromukhia also lacks any kind of piped water supply and completely thrives on tubewells and nearby ponds.