Belal Muhammad calls out Khamzat Chimaev for a fight

Belal Muhammad in his recent interview has spoken about Khamzat Chimaev and his latest performances. He said that he is very much impressed by the rise of Chimaev in the already stacked welterweight division. 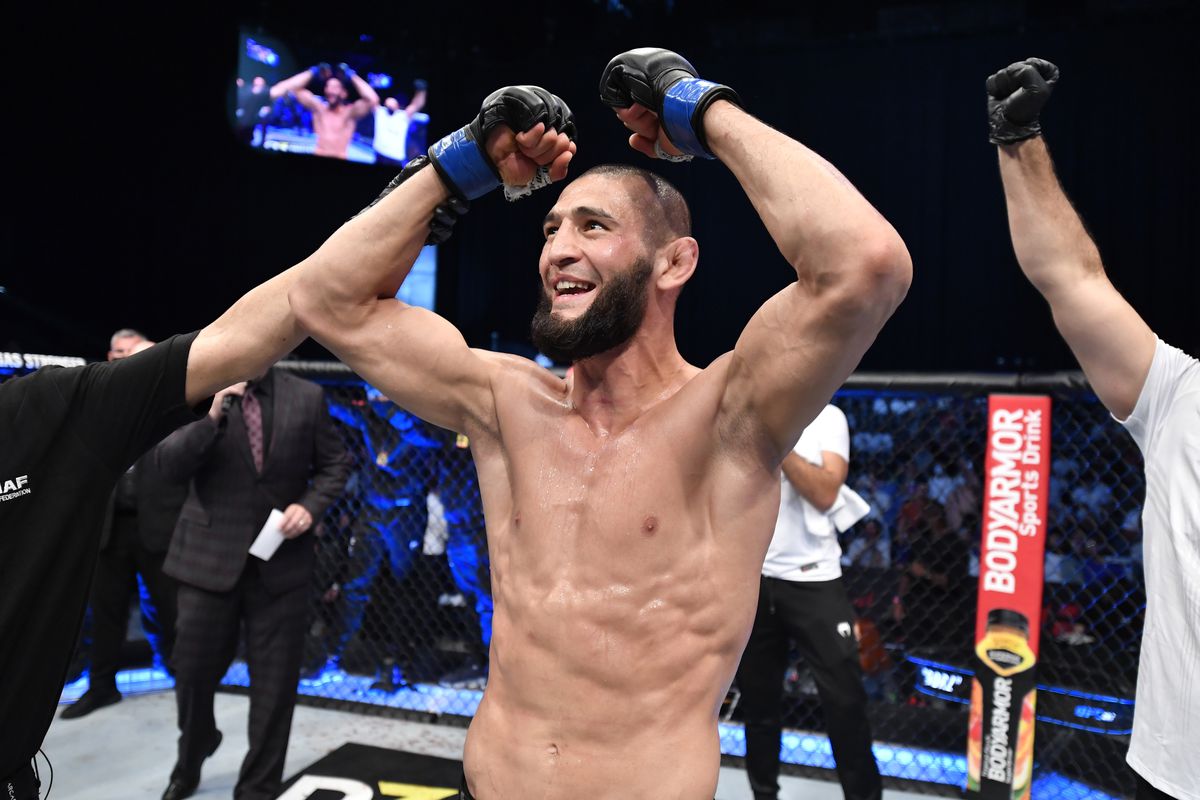 “I was excited,” Muhammad said about Chimaev’s recent win while co-hosting The Fighter vs. The Writer. “It was one of those things where when he had that COVID stint and he was talking about retiring, I was like dang, cause being a competitor, being a fighter, you want to fight the top guys. You want to go against these guys that everybody thinks is the boogieman and how good they are. He showed it.

“I mean when I’m thinking about it, Li Jingliang’s not the greatest grappler, and I knew that if Khamzat was going to come out, he could pretty much dominate him in grappling. He did that. To go through four fights, I don’t care who you’re fighting against, and to only get hit once, that’s another level.”

“I have fans now like, ‘All these guys are going to be afraid to fight him.’ I’m like, not really,” Muhammad said. “I get excited to fight a guy like that. I get excited to show that I belong in there with these top guys. I would want to fight a guy like that so I could be the one to stop that hype train. Because then all of a sudden, you’ll steal all his hype and it will show that you’re that guy now. You’re that guy nobody really thinks of me like, ‘Oh who is [Kamaru] Usman going to fight now?’

“They’re trying to give him the title shot next just cause he’s winning so dominantly. I understand it. I understand the business. I understand the momentum, but he needs to fight somebody with better grappling. Somebody that can defend takedowns and stand up with him. Me, I just defended 21 of Demian Maia’s 22 takedowns, and I’m a guy that can strike with you, too and has a gas tank for days.”

“He’s looked so dominant, and we’ve only seen a small picture of him,” Muhammad said. “Now he’s adding the talking while fighting, the Khabib [Nurmagomedov] style to it. It’s exciting for fans and fans that don’t really understand MMA and just think that he’s going to walk through everybody and kill everybody just because of how easily he’s winning.

“But I think stylistically, our styles match up very well, and maybe it’s not one of those things where I think I’m going to go in there and dominate him, but I think I will definitely give him a bigger fight than anyone he’s ever fought before.”