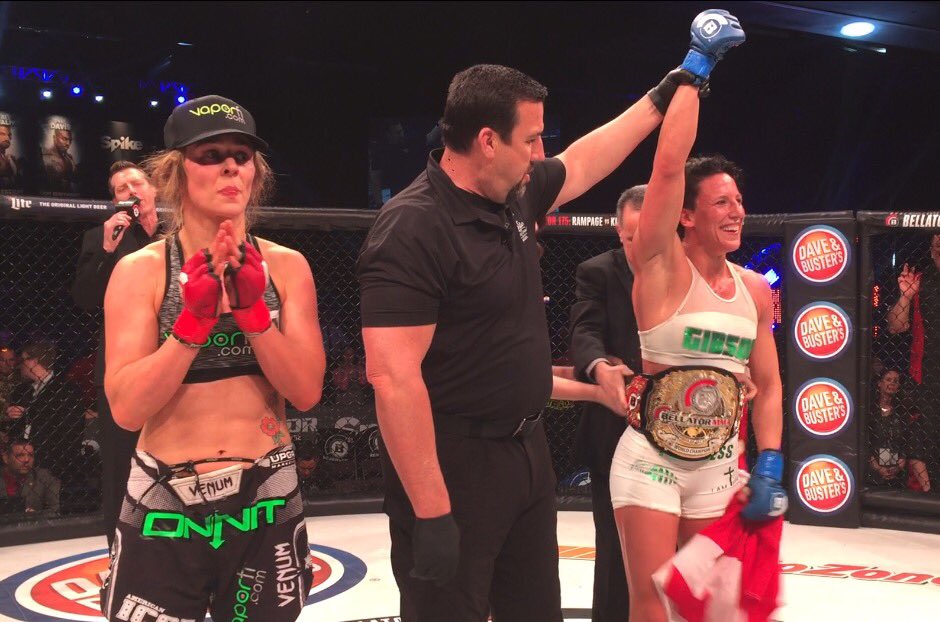 After UFC crowned their inaugural women’s featherweight champion couple of weeks ago at UFC 208, it was Bellator MMA’s turn to crown the first ever women’s featherweight champion, as two veterans of the sport, Marloes Coenen and Julia Budd went toe to toe in the main event of Bellator 174. Meanwhile, the fight between Kendall Grove and Mike Rhodes (who was replacing Chris Honeycutt) had to be scrapped, with Rhodes missing weight.

Yet another fight had to be scrapped on the main card, as Joe Taimanglo missed weight. Joe was supposed to fight Steve Garcia, and the promotion couldn’t reach an agreement with the fighters to schedule the fights at catchweight.

The night started rather ominously, as Cody Pfister, who fought on the prelims card against Jonathan Gary announced his retirement from the sport after winning his first fight for the promotion.

The highly anticipated main event saw 17 year veteran Marloes Coenen taking on Julia Budd. Marloes had the opportunity to become the only woman in history to win titles in Strikeforce and Bellator MMA, while Budd, who came close to fighting for the title in Invicta FC, entered the cage with a purpose.

While Marloes was active in the first round, trying to throw submissions off her back, rounds 2 and 3 clearly belonged to Julia. Budd smothered Marloes with excellent ground control, and tried to finish the fight with heavy ground and pound. However, it took almost 18 minutes for Budd to stop the fight, as she rained down with a barrage of punches on the ground, and John McCarthy had eventually seen enough, and stepped in to stop the fight.

Budd was visibly emotional after the fight, becoming Bellator MMA’s inaugural women’s featherweight champion. During her post fight interview, Marloes announced her retirement from the sport, bringing down curtains on a glittering career that spanned for 17 years.

Cody Pfister announces his retirement from the sport

The 4 fight veteran in the UFC made his Bellator MMA debut during the prelims, where he faced Jonathan Gary. Pfister looked impressive from the get go, and it only took Cody four minutes in the first round to submit Gary via an RNC. However, Cody dropped a bombshell in his post fight interview, where he announced his retirement from the sport.

Here are the complete results from Bellator 174.

Justin Wren defeated Roman Pizzolato by Submission (arm-triangle choke) in 2:35 minutes of round 1

Rafael Lovato Jr. defeated Charles Hackmann by TKO (knees and punches) in 13 seconds of round 1

Cody Pfister defeated Jonathan Gary by Submission (rear-naked choke) in 4:04 minutes of round 1 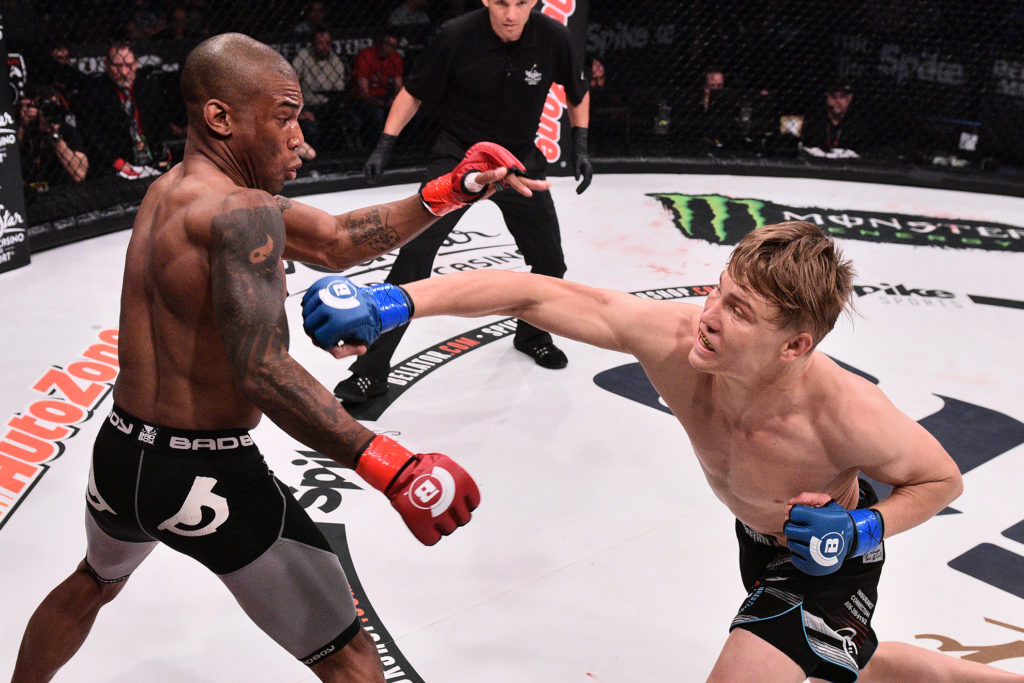 Gabrielle Holloway defeated Alexis Dufresne by TKO (punches) in 2:53 minutes of round 2

Justin Patterson defeated Jason Witt by TKO (punches) in 0:13 minutes of round 3 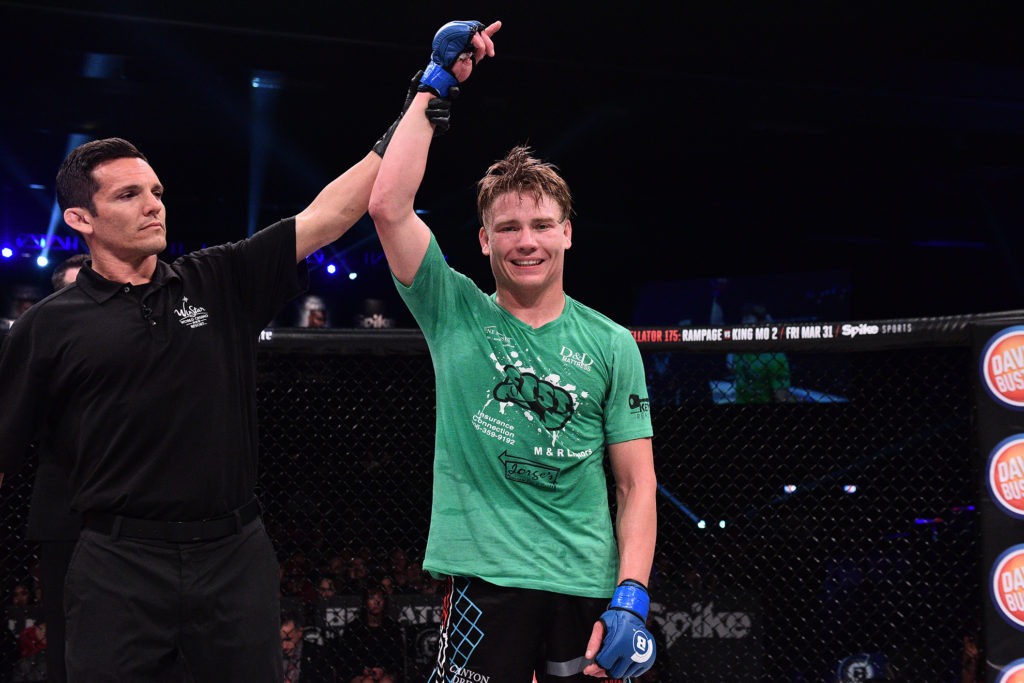 Previous articleKhabib vs Tony called off
Next articleUFC 209: Preview and Predictions