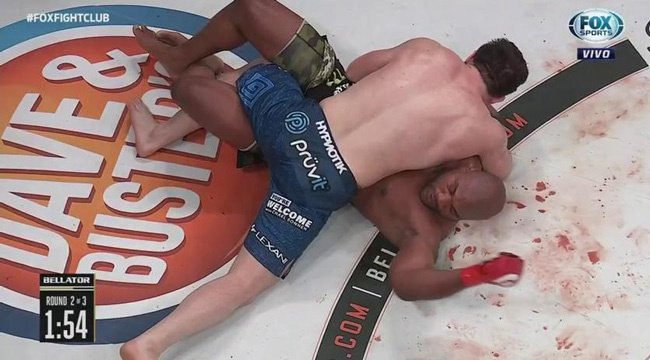 Bellator MMA has gone all out in putting out one of their biggest cards of recent memory, and something that can definitely be compared to their MSG card last year. The Heavyweight Grand Prix will first see Chael Sonnen taking on Quinton ‘Rampage’ Jackson. The catch? $10K if either man secures a takedown! 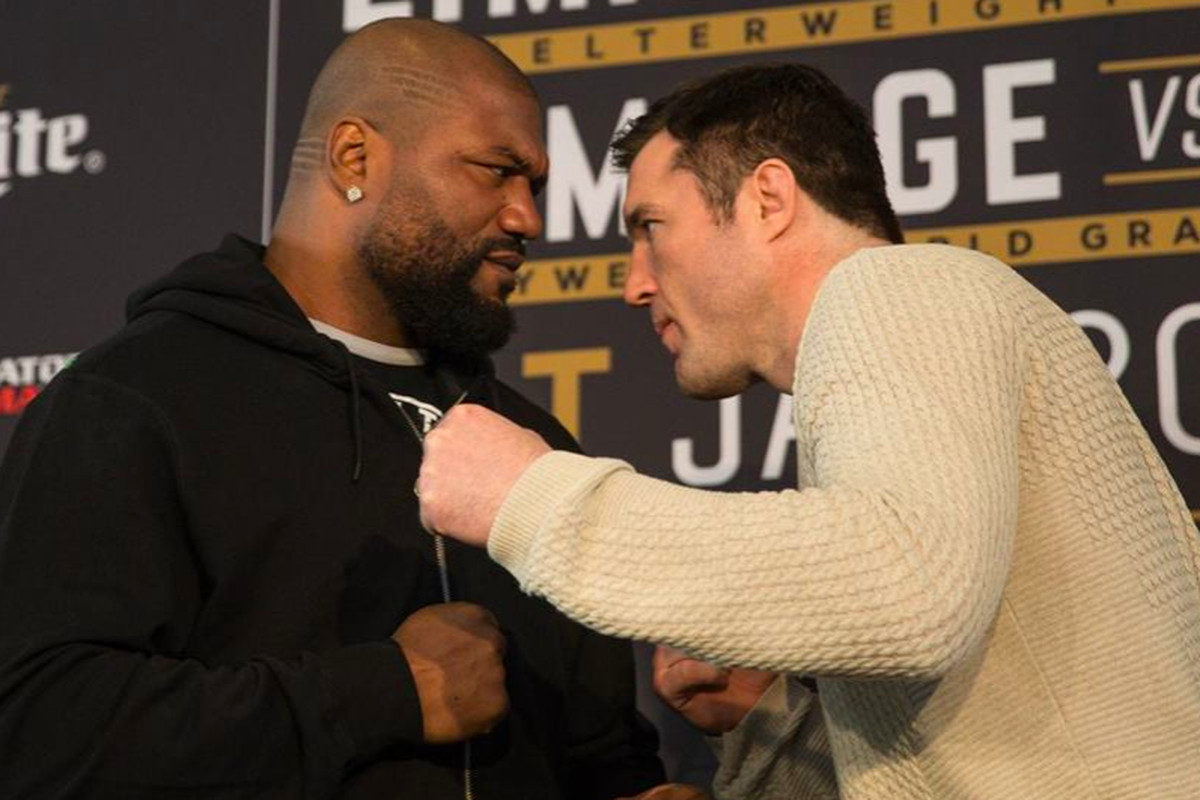 Round 1: Chael piled on the pressure right off the bat, taking the fight to Rampage. After the initial exchange, Sonnen came in with a combination, only to be planted by Rampage! Sonnen then leapt in with a high knee, as both the fighters clinched. Chael then took Jackson down, and tried to go for an RNC, but Quinton managed to escape the predicament. The fight ended with Sonnen almost getting into a guillotine.

Round 2: Rampage came out swinging in round 2, but Chael clinched with him, and tripped him to secure yet another takedown. Chael worked from the top, and went for a Kimura, but with Rampage not letting Chael torque him, Sonnen went for an armlock. Both the fighters jockeyed for control on the ground, and Chael once again ended round 2 in a dominant position, with Rampage needing to finish going into round 3.

Round 3: Sonnen started the final round cautiously, and immediately tried to shut down Rampage’s powerful offence with a Thai clinch. Both men once again tried to get the dominant position against the fence, and the referee stepped in to separate them. Rampage then invited Chael to stand and trade with him, but Sonnen refused to play Rampage’s game. Both the fighters then got into a clinch once again, Sonnen secured another takedown in the final 30 seconds with an inside trip, but the referee once again stood them up. Jackson started swinging towards the final few seconds, with the round with Sonnen trying to evade Jackson’s power punches.

Rory MacDonald vs. Douglas Lima for the welterweight title 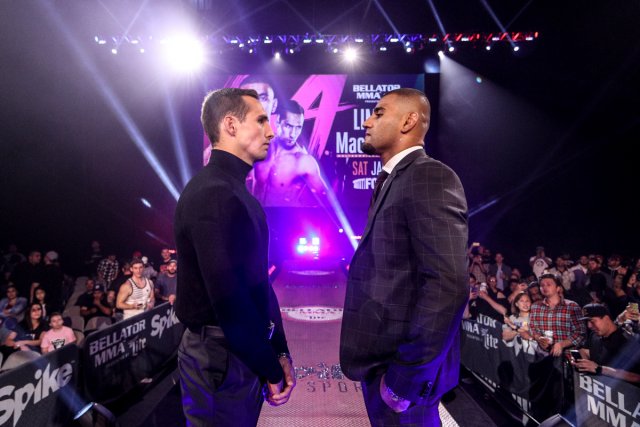 Round 1: Rory established his distance early on, walking down Lima. Both men then connected with leg kicks, as Rory shot in for a takedown, which Lima managed to stuff. Both men clinched and grappled against the cage, with MacDonald controlling with the under-hooks. Rory then executed a takedown, but Lima immediately shifted to a high guard, completely shutting down any movement. Both men reached a stalemate, as the referee stood both men up in the final ten seconds.

Round 2: Both men once again jockeyed for control in the clinch in the second round, as MacDonald looked to subdue Lima. Rory sunk in the under-hooks, but the referee once again separated the fighters due to inactivity. MacDonald went for a kick, but accidentally low – blowed Lima. Once the action resumed, Rory tried to secure the back, as both the fighters once again grappled for dominance before the round ended.

Round 3: Lima went right for the leg kicks, trying to take MacDonald’s lead stance away. Rory then shot in and almost got tagged with an uppercut, but The Red King still was in control synching in the under-hooks, posturing up. MacDonald then completed a takedown, and once again assumed the top position, as Lima tried to work off his back. Both men then stood up, as Lima peppered Rory with leg kicks, leading to MacDonald falling to the mat! The round ended with Rory at the bottom.

Round 4: Into the championship rounds we go, and Lima immediately got on top of Rory, raining down with punches. Lima got into Rory’s half guard, but the referee stood both men up. Rory went for a takedown yet again, but Lima stuffed his efforts, as both men grappled against the fence. Rory took another leg kick, but shot in and took Lima to the mat. Rory kept busy from the top position, connecting with forearms and elbows, but both men took the fight to the final round of the title fight.

Round 5: A massive hematoma formed on Rory’s leg, as the challenger yet again tried to secure a takedown in the early seconds of the final round. Rory opened Lima up, and started throwing punches from the top. Rory landed a crisp elbow, gracing Lima’s forehead, and both the fighters started throwing heat, with the fight going to decisions! 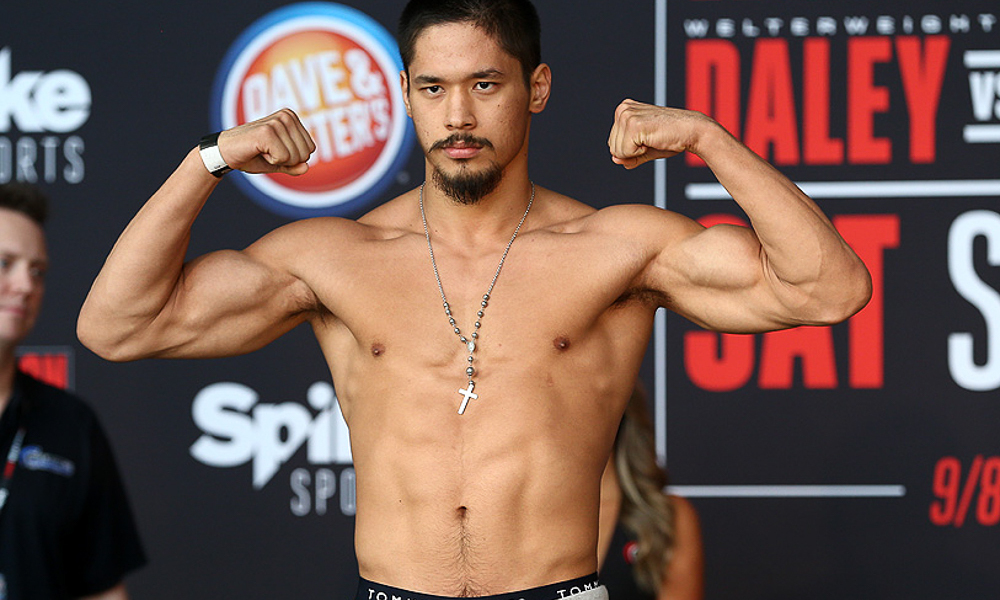 Round 1: Goiti started to land body kicks to take away Chandler’s power right, but was sent to the mat, where he invited Chandler into his guard. Chandler got into a high guard, as he worked on Yamauchi, making sure that he did not give himself away for a turn-around submission. Michael kept working on Goiti, and connected with a couple of forearms as the round came to a close.

Round 2: Goiti caught Michael with a question mark kick in the early seconds of round 2, pushing Chandler onto his back foot. Yamauchi used his side kicks to keep Michael away, and both men once again took the fight to the mat, with Chandler having top control. Goiti was put under pressure by Michael, who kept working from the top, and ended the round strong.

Round 3: Chandler immediately connected with a right to start the final round, as Goiti tried to keep his distance. After an accidental eye poke, it was Michael who initiated a takedown, and stayed active in Yamauchi’s guard, pummelling him with hammer fists and forearms. Chandler finished the round in dominant fashion, raining down with punches as the whistle went off.