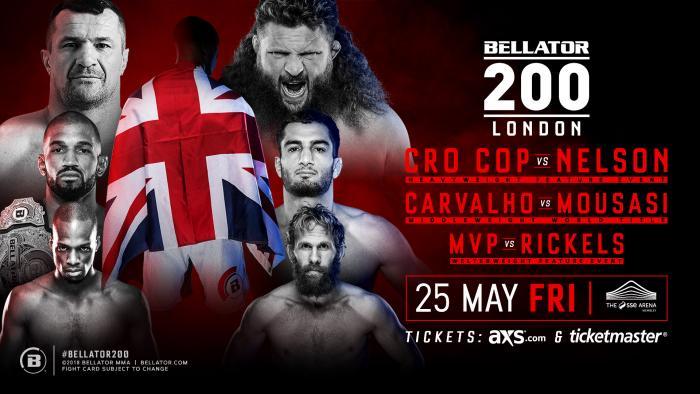 The complete card for Bellator’s milestone event in Wembley, London has been released and it is STACKED. Headlining the card will be a rematch 8 years in the making, where Mirko Crocop(36-11-2) will look to avenge a surprise KO loss to Roy ‘Big Country’ Nelson (23-15) back at UFC 137.

The co-main event will feature a title fight between Middleweight champion Rafael Carvalho (15-1) and former StrikeForce and Dream Light-Heavyweight champion Gegard Mousasi (43-6-2). This will be Carvalho’s 4th title defense and Mousasi for his part is on a blistering 6-fight win streak, which includes wins over the likes of Chris Weidman, Vitor Belfort and Alexander Shlemenko in his Bellator debut. Mousasi has already revealed his desire to become a dual weight champion in Bellator, and this will be the first hurdle in his quest.

Other notable fights include the much awaited return of the swashbuckling Michael ‘Venom’ Page (12-0). He has been out of action since November, 2016. He will be looking to make another highlight reel out of one-time lightweight challenger David Rickels (19-4,2 NC).

Phil Davis (18-4), the former Bellator Lightweight champion will also be making his come back against hometown favorite Linton Vassell (18-6).

The under card features whole host of fun match ups, here is the whole card. The order of bouts are not yet confirmed. 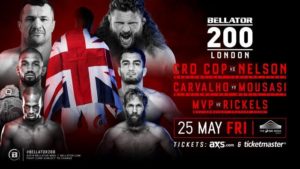 MMA: Michael Chandler says he will beat Khabib Nurmagomedov with ease, claims he will also take him down

Previous articleBoxing: 50 Cent loses lot of money betting on the Adrien Broner fight
Next articleUFC: ‘The biggest draw will get the chance to fight Conor’ – Coach Owen Roddy