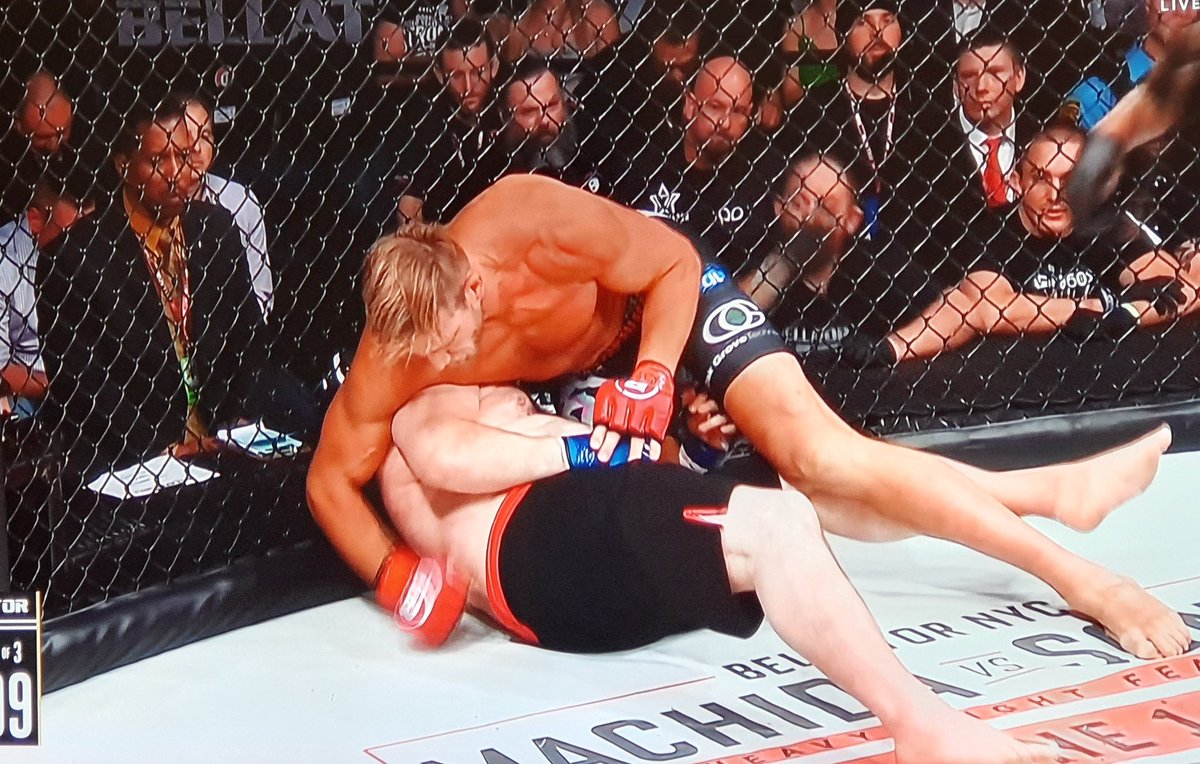 Bellator 221 took place at the Allstate Arena in Rosemond, Illinois was filled with exciting fights from top to bottom. The card saw some spectacular knockouts. 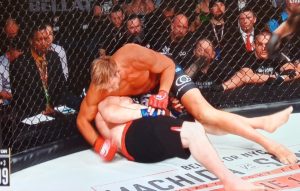 In the main card, rising featherweight contender Tywan Claxton took on James Bennett. This was a completely one-sided fight and was dominated by Claxton. In the third round, Claxton secured a full mount and starts throwing elbow after elbow on Bennett and ultimately the referee steps in and Claxton wins the fight via TKO.

Official result: Tywan Claxton def. James Bennett by TKO at 2:09 of round 3

Former WWE superstar Jack Swagger took on T.J Jones in a heavyweight clash that saw the 6-foot-7 Swagger completely ragdoll his opponent. In the opening seconds of round 1, Swagger throws few jabs and scores a takedown. He then follows up with an Americana attempt, but TJ Jones successfully manages to escape the submission. But his escape doesn’t last long as Swagger manages to get a hold of Jones in an arm triangle, which results in Jones taping out immediately.

However, Swagger doesn’t let go of Jones’ arms even after he has tapped out and that results in an extremely angry referee Mike Beltran to lash out at Swagger and then tells him to stay away.

Then in the co-main event, top welterweight contender Douglas Lima took on top United Kingdom prospect Michael Page. This was a wild fight and was entertaining while it lasted. Page started the round like his usual self using low guard and impressive footwork inside the Octagon. However, Lima gets a breakthrough as he manages to take down Page. They both sat in the guard until the round was over.

In the second round, however, Page starts strong as he throws beautiful spinning kick followed by a right hand which seemed to have hurt Lima, but Lima throws a beautiful leg kick which made Page trip then Lima followed it up with an extremely clean uppercut which knocked out Page unconscious.

Official result: Douglas Lima def. Michael Page via KO (punch) at 0:35 of round 2

In the main event, current Bellator featherweight champion Patricio Freire became the second fighter in the Bellator history to hold titles simultaneously in two different weight classes as he won the lightweight title by knocking out Michael Chandler in just 61 seconds.

Freire landed an overhand right which dropped Chandler on the ground, then he followed it up by a vicious flurry of strikes, which forced the referee to stop the fight.

Official result: Patricio Freire def. Michael Chandler via KO (punches) at 1:01 of round 1

Rob Finical def. Bryan Bautista via submission (heel hook) at 1:42 of round 1

Christian Rodriguez def. Jose Leon via submission (armbar) at 4:39 of round 1

Robert Morrow def. James Bochnovic via KO (punches) at 1:18 of round 1

Cris Lencioni def. Adil Benjilany via submission (triangle choke) at 4:55 of round 1