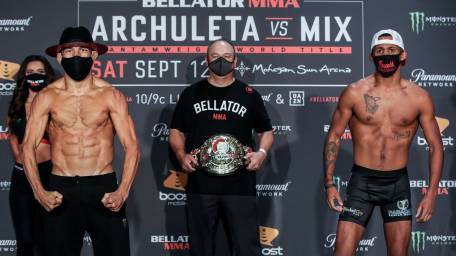 Juan Archuleta finally got his Bellator world title at Bellator 246.

The main event of the evening was a barnburner between Archuleta and the undefeated grappling phenom Patchy Mix, and early on, it was all Mix who took advantage of an overaggressive Archuleta to score takedowns and dominate with ground game. Eventually Archuleta fought his way through and achieved the win at the end. 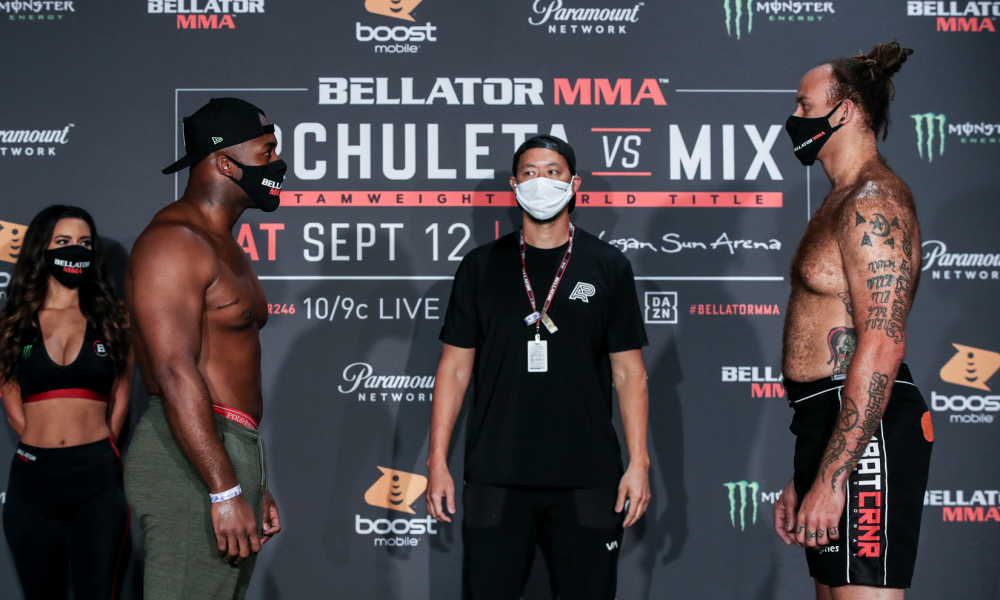 In the co-main event, one star ascended while another stepped away, with Neiman Gracie turning in the best performance of his career. The fight was one-way traffic from the jump with Gracie dominating the grappling exchanges and keeping Jon Fitch on the defensive. In the second round, Gracie was finally able to lock up a modified heel hook/kneebar that forced Fitch to tap out. After the bout, Fitch left his gloves in the center of the cage and announced his retirement from the sport after his 42-fight career.

The opening bout of Saturday night’s Bellator 246, the second half of back-to-back fight cards, came to a halt late in the third round when Davion Franklin wound up and drilled Ras Hylton in the back of the head with a downward right hand and knocked him loopy.

The doctor at Mohegan Sun Arena ended things after checking on Hylton (6-5 MMA, 1-1 BMMA), who was already a bloody mess before the fight ending-sequence in the heavyweight matchup.

For those keeping track, it marked the third fight out of nine that came to a premature conclusion due to fouls. Friday night at Bellator 245, Tyrell Fortune landed a low knee to Jack May that ended their fight in a no contest. Then, on the main card, an all-time foul sequence happened when Raymond Daniels twice delivered spinning back kicks below the belt to Peter Stanonik, ending that fight in a no contest as well.

Neiman Gracie def. Jon Fitch via submission (heel hook/kneebar hybrid) at 4:47 of Round 2.

Liz Carmouche def. DeAnna Bennett by submission (rear-naked choke) at 3:17 of Round 3.

Keoni Diggs def. Derek Campos via technical submission (rear-naked choke) at 4:59 of Round 3.

WATCH: Khabib Nurmagomedov dominating the No.1 Wrestler in America