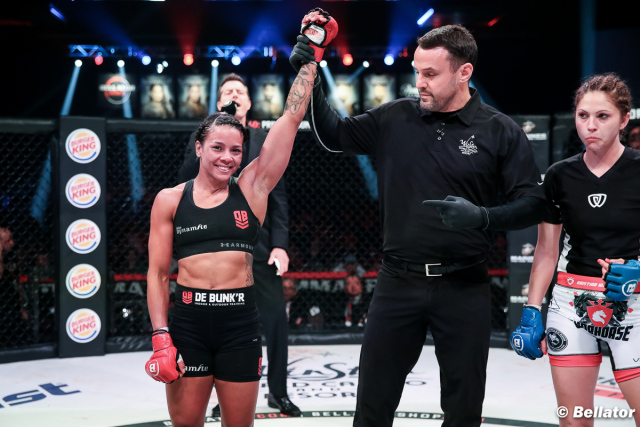 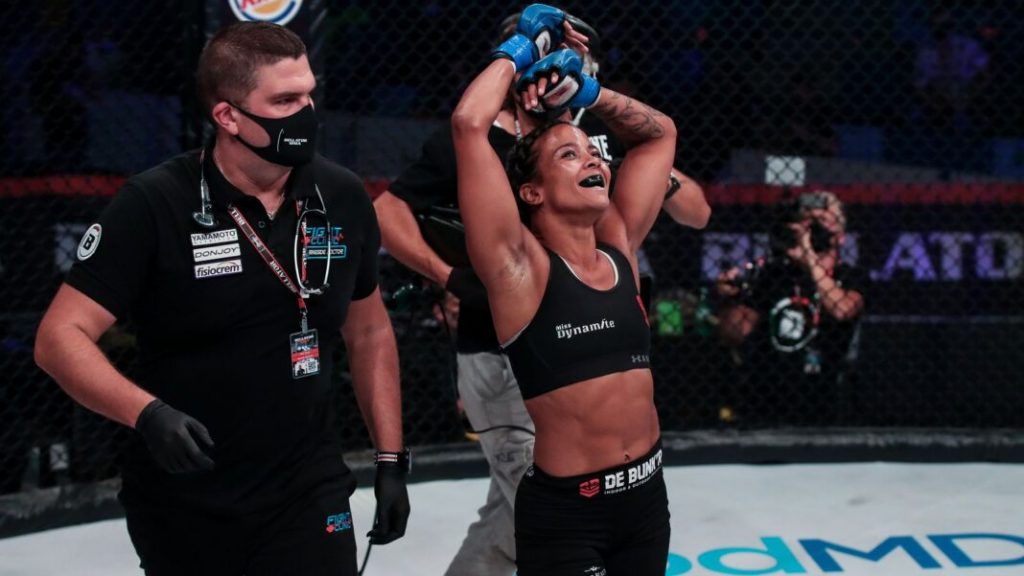 Paul Daley vs. Derek Anderson was originally planned as the main event of the card, but a bad weight cut for Daley scratched the bout and the women’s flyweight match got the bump to the featured spot. Kielholtz, the Bellator women’s flyweight kickboxing champion, mixed things up with Jackson quickly, landing heavy left and right hands before a left stiffened Jackson as she crumbled face-first to the canvas.

A few follow-up shots on the ground later, and Kielholtz had picked up her fourth straight victory in the Bellator cage, announcing herself as a contender in the division, though she wouldn’t go as far as to call for a title shot after her victory.

“We will see. It all depends on Bellator,” Kielholtz said. “I’m just ready for everyone. I’m the kickboxing world champion in Bellator and next to my blue belt, I want the red belt. That’s my goal.”

Jackson is now on a two-fight losing skid, having dropped her previous fight when she challenged division champ Ilima-Lei Macfarlane for the title, only to be dominated over five rounds.

In the night’s co-main event bout, undefeated middleweight Norbert Novenyi Jr. extended his perfect record, but had to fight through adversity and show some persistence on the mat to earn the win against Laid Zerhouni. 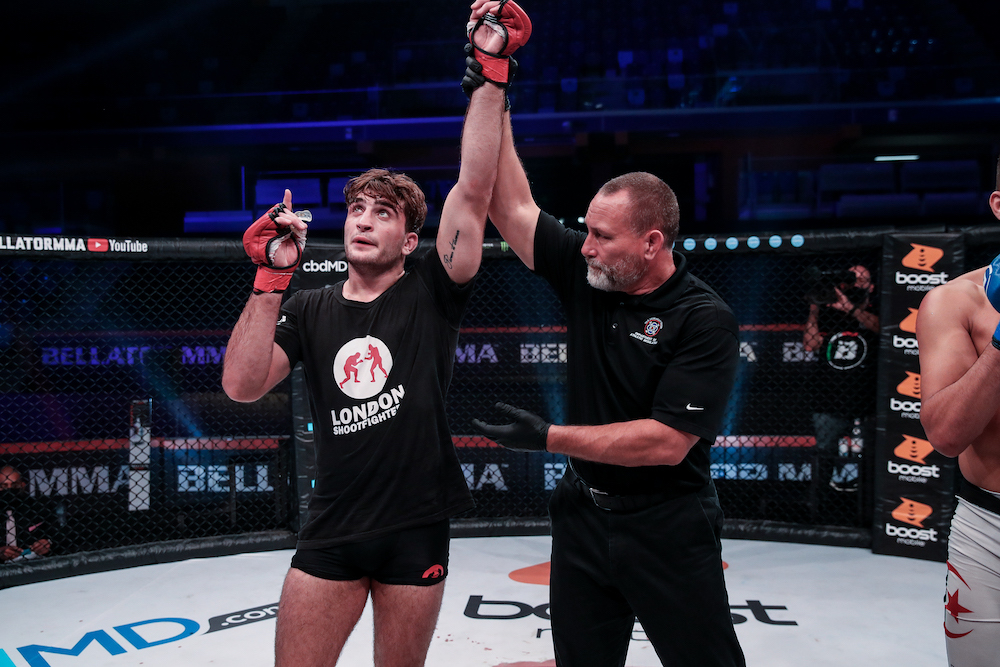 Zerhouni (7-6 MMA, 0-1 BMMA) came out fast and dropped Novenyi (5-0 MMA, 4-0 BMMA) to one knee with a big left hand, but the London-based Hungarian rallied well and took the Frenchman to the mat as he leaned on his grappling skills to turn the fight in his favor.

In another fight of this card, Ireland’s Brian Moore trusted in his hands, and they repaid his faith as he knocked out Simone D’Anna after a back-and-forth war in their featherweight matchup.

Moore (13-7 MMA, 4-3 BMMA) started well and used some sharp boxing to get the upper hand over the Italian in the opening round, but D’Anna (7-3 MMA, 0-1 BMMA) loaded up at the start of Round 2 and troubled Moore with a solid right, then hurt him with a big uppercut as the Irishman went to the canvas.