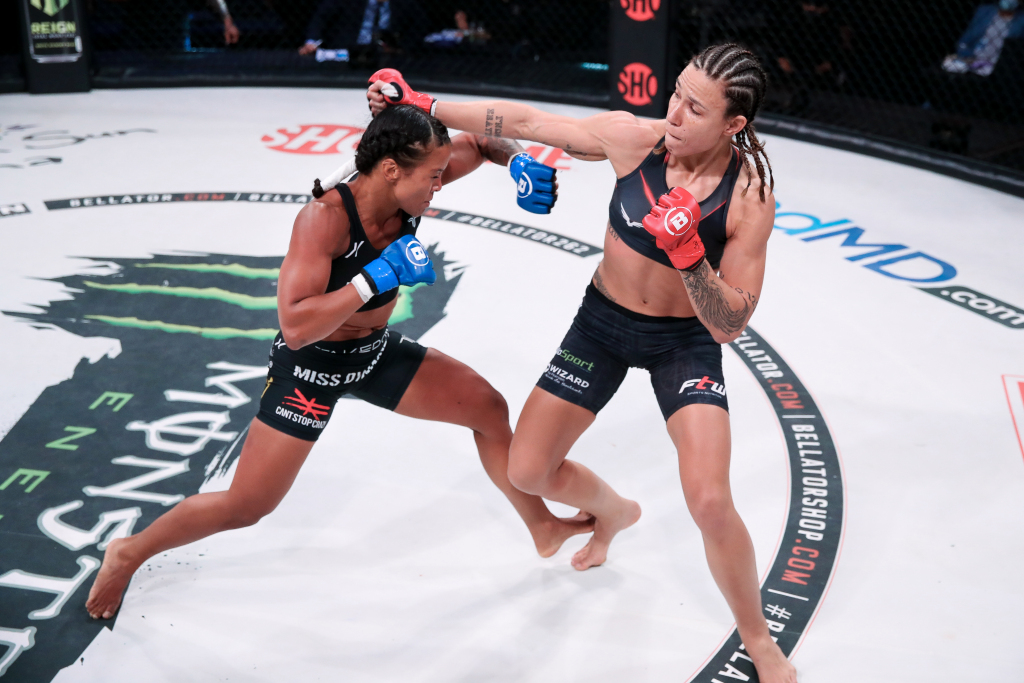 Bellator MMA Women’s Flyweight World Champion Juliana Velasquez marked her first title defense as well as retained her undefeated record with a split decision win over Denise Kielholtz in the main event of Bellator 262 which took place on 16th July at the Mohegan Sun Arena in Uncasville, Connecticut.

The former inaugural 1RC Vacant Bantamweight Champion, Juliana Velasquez (12-0 MMA) made her return to the cage in seven months since winning her maiden Bellator title back in December last year against Ilima-Lei Macfarlane at Bellator 254.

The Brazilian judoka was slated to defend her Flyweight title for the time against Dutch fighter Denise Kielholtz, a top attraction in kickboxing who has a 6-3 record in MMA (47-3 kickboxing). 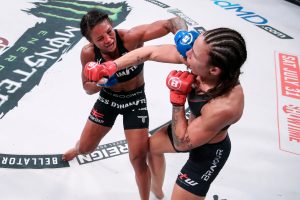 The former kickboxer embarked on a fast start to the match in the first round and a perplexed Velasquez, who appeared to be slower in the counters, fell behind the scoring initially.

However, the champion’s size advantage started to work in her favour from the second round, as she started to connect brutal jabs breaching through Kielholtz’s defense, who subsequently ended up with a swollen eye by the end of the third round.

The champ @JuVelasquezMMA striking from range.

The Dutchwoman would retaliate towards the end of the fight with some staggering combos, but Velasquez started to display better and quicker counters compared to the earlier minutes of the fight. However, she managed to execute only a single takedown throughout the five rounds.

At the end of the fight, two of the three judges had rolled the results in favour of the champion, scoring her 48-47, 47-48, while the third judge put Kielholtz’s efforts forward with 48-47.

“I believe I had a lot of success with my jab but a hard time with my straight right,” Velasquez pointed out in her lack of takedowns in the post fight interview, “It wasn’t exactly like I wanted, but I’m very happy with how I performed and the result of the fight.”

“I was actually thinking about working my takedowns but I wasn’t finding the timing to do it. Most of my fights I do the pressuring but I showed that I can fight on the outside as well as withstand the pressure and that’s also what makes a champion,” the 34-year-old added.

Check out the full Bellator 262 results below

Previous article
Here’s what Joe Rogan has to say about Hasbulla Magomedov’s popularity!
Next article
UFC on ESPN: Makhachev vs. Moisés