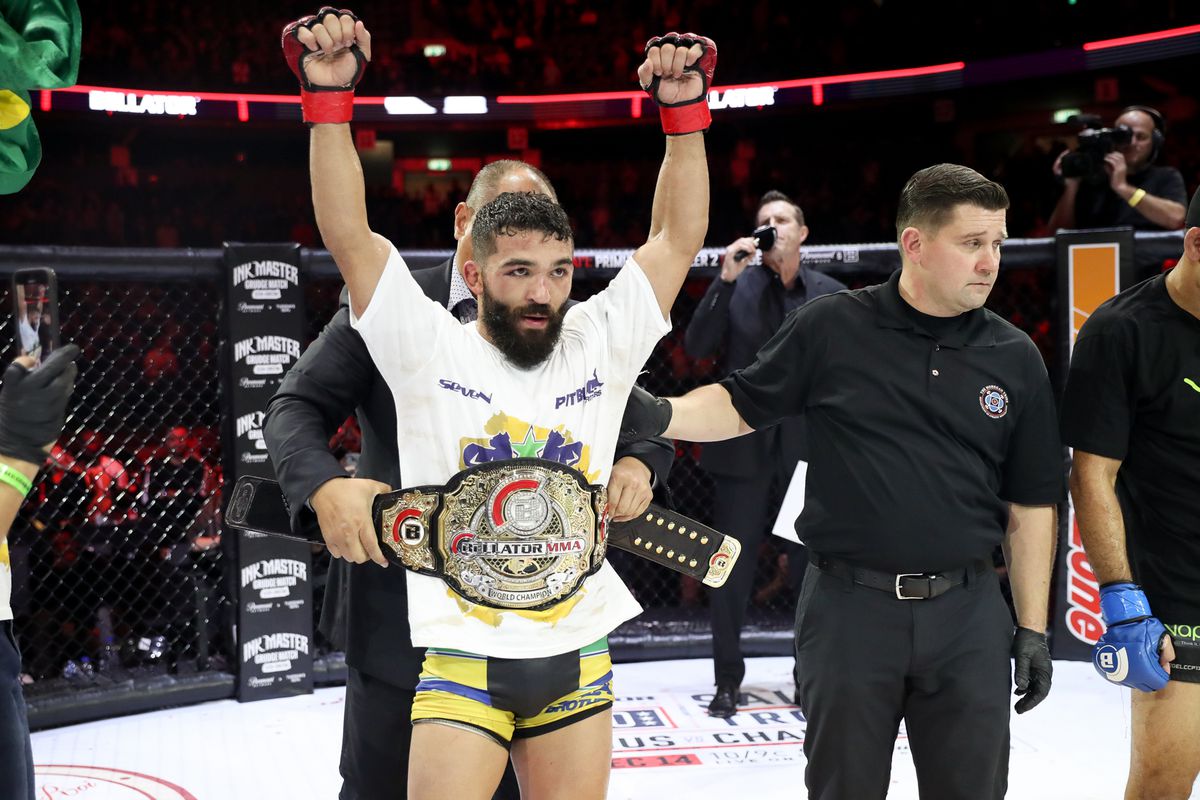 Scott Coker, Bellator President, was on the Ariel Helwani show yesterday night, where he announced a year-long 16-fight Bellator Featherweight Grand Prix. For a long time, Bellator has been following an 8-man fight tournament, but they are changing it around this time, as Scott Coker revealed on the podcast.

The Featherweight Division in Bellator will be undergoing a huge change, as a 16-man tournament opens it up for everyone involved. Starting in the Fall, the tournament will be a major part of Bellator for the next year.

“We’re going to start that in the fall. If you think about all the stars we have at that weight-class it just needs to be done.”

He went on to say, that not only would there be 16 athletes, but all of the first round fights would also be taking place on the same card or at least back-to-back cards over the same weekend.

“One year. The 16 athletes will all fight on one night, so like 8 fights in one night. Maybe we’ll break it up back-to-back Friday Saturday like we’ve been doing. I want to get those fights fought and not have a big break otherwise it will not be fair as they will have to fight the second round soon.”

How about @ScottCoker jumping on the #HelwaniShow yesterday and just casually dropping a 16-man featherweight tourney on us? Best part? All first-round matchups happening on the same card.