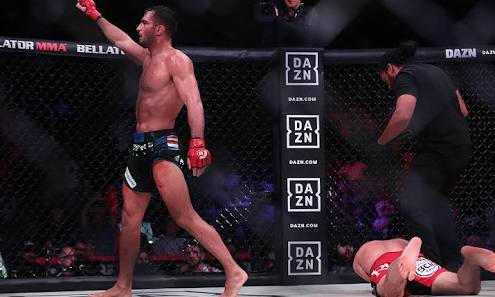 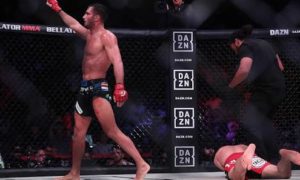 Other fights included a fourth fight between arch rivals, legends Wanderlei Silva and Quinton ‘Rampage’ Jackson. Size advantage was seen there are well as Jackson landed a crisp right hand to the chin of Silva to end his night.

Also the quarter-finals of welterweight grand Prix as former Bellator welterweight champion Douglas Lima earned a hard fought fifth round submission victory against a returning Andrey Koreshkov. Hot prospect Aaron Pico also was a part if the card and did what he does the best, a first round knockout.