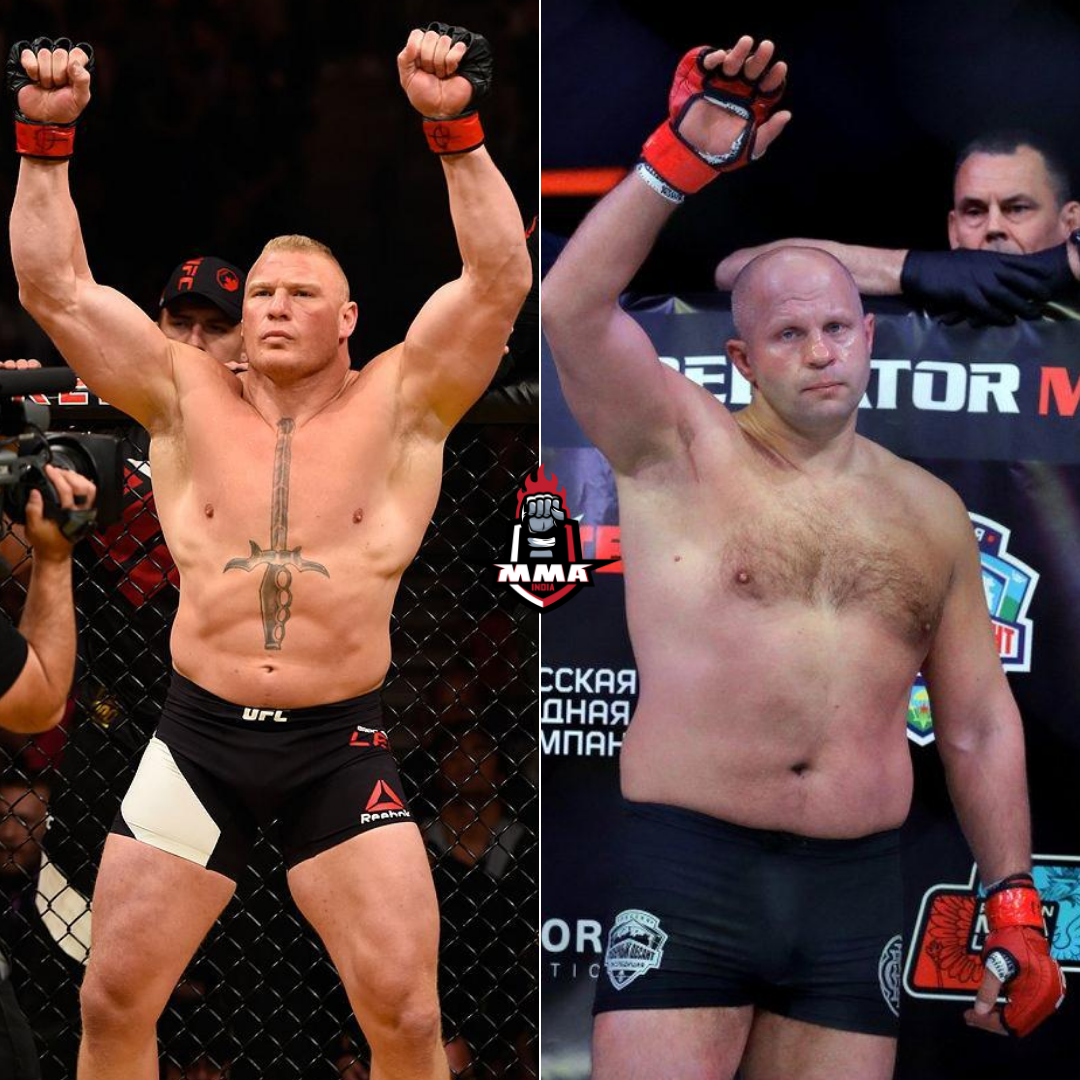 Bellator is seemingly interested in making a super fight between the heavyweight legend Fedor Emelianenko and the former UFC heavyweight champion Brock Lesnar.

Brock Lesnar has not competed in the MMA since UFC 200 in July of 2016. At the event, he dominated Mark Hunt to a clear-cut decision. Unfortunately, he failed a drug test and the fight was overturned to a no-contest. Lesnar is 5-3 in MMA, and 4-3 in the UFC. Lesnar is considered as one of the biggest UFC stars across the world and definitely one the top PAY PER VIEW draws ever.

News broke Monday that Lesnar is now a free agent and that his WWE contract was up. That created buzz around the MMA world that he could take another MMA fight if the price was right. Emelianenko remains under contract with Bellator. Scott Coker has shown interest in signing Brock Lesnar with Bellator and maybe get him a super fight with Fedor.

Asked Bellator President Scott Coker if he has interest in Brock Lesnar, and he replied:

“Yes, if he’s truly available. Fedor vs. Brock is interesting. It’s the fight that never happened!”

Scott Coker said ESPN’s Ariel Helwani “Asked Bellator President Scott Coker if he has an interest in Brock Lesnar, and he replied: Yes if he’s truly available. Fedor vs. Brock is interesting. It’s the fight that never happened.”

Brock Lesnar vs Fedor Emelianenko will create a lot of interest

There are plenty of obstacles in the way of such a fight, including the basic fact Lesnar has not signalled any interest in returning to MMA. But a fight many gave up on years ago now at least has a glimmer of a chance. Fedor Emelianenko returned to the win column last time out with a TKO win over Rampage Jackson.

Before that, he suffered a first-round knockout loss to Ryan Bader in the heavyweight Grand Prix finals. Brock Lesnar vs. Fedor Emelianenko is a fight many fans would love to see and has already created a buzz in the MMA world. Lesnar was the UFC heavyweight champion and a massive star while Emelianenko at the time was dominating in PRIDE and in promotions like Affliction and Strikeforce.

But there are lots of things that come into the play before this fight could take place. Bellator must first get the numbers right to sign a big draw like Brock Lesnar who can easily draw a million PPV buys. If things might go right then he could possibly consider fighting in Bellator because there are chances that UFC might sign their former champion Lesnar.

The fight between these two could be a huge super fight for Bellator all they need to do is get the numbers right before some other promotion does.

Daniel Cormier retires from the sport of MMA