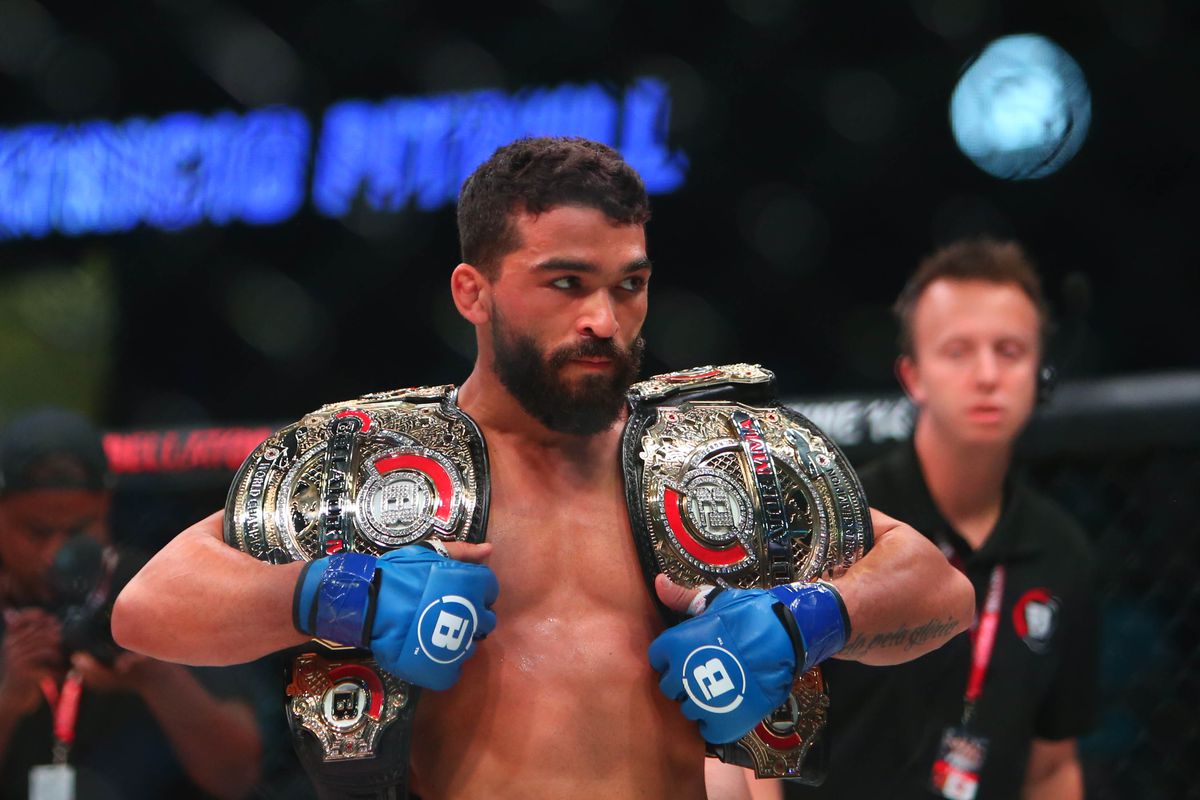 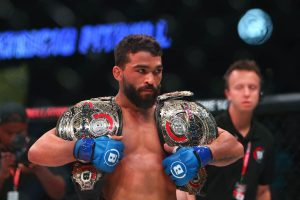 Pitbull is a two-division champion in Bellator, and currently holds the Lightweight and Featherweight belts. He was set to defend his belt against Pedro early in March this year in the semifinals of the Bellator Featherweight Grand Prix at Bellator 241. The event could not take place due to the coronavirus pandemic. When Bellator came back and started putting out fights in July, fans were eagerly waiting for the announcement of Pitbull’s next opponent, but the promotion remained silent in this respect. It was later revealed that due to the champ’s Visa issues, the fight could not be re-booked until now.

The fight is exciting as Pitbull (30-4) is one of the most popular fighters in the promotion, and is currently on a 5 fight win streak. The Brazilian has previously had wins over fighters like Michael Chnadler, Juan Archuleta, and Daniel Straus. His opponent Pdero Carvalho (11-3) has had a promising run in Bellator, and has a 4-0 record in the promotion. The young Portugal fighter has had phenomenal victories in the past, but has certainly never faced someone like Patricio Pitbull.

The winner of this bout faces the winner of Emmanuel Sanchez vs. Daniel Weichel, which hasn’t been officially announced by the promotion yet.

Pitbull on Chandler’s move to UFC

UFC President Dana White has always been vocal about the superior caliber of the fighters in his promotion when compared to his contemporaries and has said in the past that Bellator only takes fighters that are discarded by the UFC. This didn’t go well with the Bellator Champ, who snapped back immediately.

When the news of Michael Chandler’s move to the UFC came out, Pitbull took the chance to take a jab at Dana White, as Chandler has been defeated by the current Bellator champion. He tweeted “So @BellatorMMA fighters aren’t good, but a former champion whom I beat gets signed by the @UFC and is an immediate backup for a title fight. Interesting.“

Purchase the UFC merch here.
To bet on MMA event click here and to bet on other sports, click here.

Previous articleJan Blachowicz plans on finishing Reyes, to prove he is better than Jon Jones
Next articleIsrael Adesanya responds to Khamzat calling him out: ‘I don’t even know the guy’