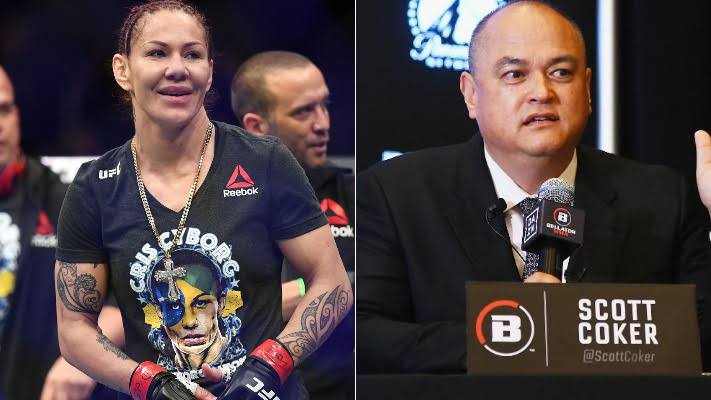 Couple of months ago, UFC declared they will no longer have the services of one of the pioneers of female MMA in former champion, Cris Cyborg.

Speaking in an interview with UFC reporter Laura Sanko, UFC President Dana White claimed that Cyborg is free to join other organizations like Bellator. Right off the back, Bellator President Scott Coker started negotiations with Cyborg’s manager Audie Attar. 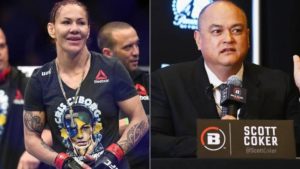 “We’ve been talking to Audie since we got the official letter from her that she was released (by the UFC),” he said.

Cyborg after her win against Felicia Spencer at UFC 240 last weekend, encountered UFC President Dana White backstage for not granting her a rematch against Amanda Nunes and accusing him of passing questionable statements about her. The incident might have been a contributory factor towards Cyborg’s contract not being renewed.