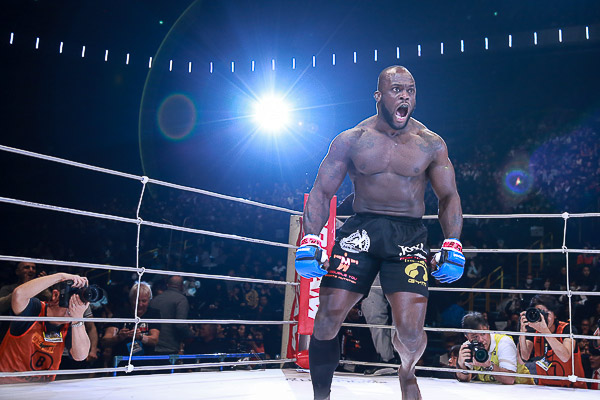 The hard hitting Surinam-born Dutch Kickboxer and Mixed Martial Artist Melvin ‘No Mercy’ Manhoef has re-signed with Bellator to a multi-fight deal, according to sources at sherdog.com.

Manhoef was last seen fighting for the Bellator Middleweight title against current champion Rafael Carvalho back at Bellator 176 – which he lost via head kick KO. This was their second meeting after the first bout finished in a controversial split decision loss at Bellator 155. 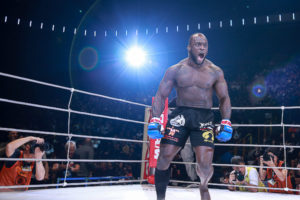 Manhoef, 41, has a career spanning over 20 years in multiple combat sports and numerous organizations. He holds a MMA record of 30-14-1 and a Kickboxing record of 38-14. Manhoef has finished 28 of his 30 MMA wins via knockout, which is the highest percentage for any professional fighter with over 15 fights.

Manhoef, a former Cage Rage LHW Champion has fought the who’s who of MMA and Kickboxing, and has competed for several organizations including Strikeforce, DREAM, RINGS, It’s Showtime, K1, ONE FC, KSW, Cage Rage and currently Bellator. He has notable wins over combat sports legends like Mark Hunt, Remy Bonjasky and Stefan Leko.

Melvin Manhoef is soon expected to be scheduled a fight by the California based organization.

Bellator MMA: Fedor Emelianenko reveals whether or not he considered retirement after loss to Matt Mitrione