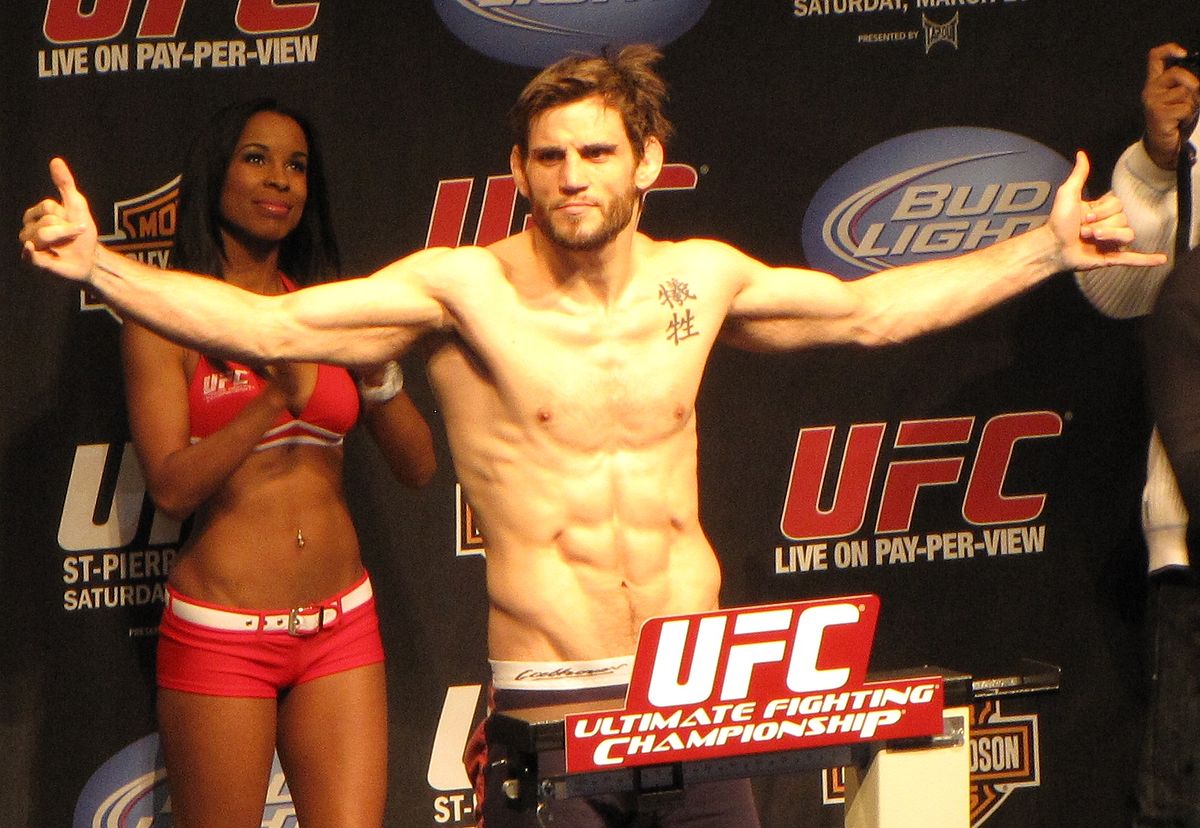 UFC legend and MMA veteran, Jon Fitch recently left the WSOF/PFL promotion in search of better pastures. If rumours are to be believed, then the former WSOF welterweight champion might have actually found a new home for himself. There have been a lot of rumours that Fitch might be headed to Viacom’s Bellator MMA. The veteran mixed martial artist has himself added fuel to the fire by claiming that he might join the promotion, if everything goes by plan. Though, it is now being reported by noted MMA journalist Ariel Helwani that Fitch has indeed signed a contract with Bellator.

Fitch is a veteran and is considered by many to be a legend of the sport. He has a record of 30-7-2 and was once considered to be one of the best welterweights in UFC history. He also holds an amazing UFC record to his name, i.e. the record for the most strikes landed in UFC history (2249). He last fought and defeated Brian Foster at PFL 1 via submission due to a side choke. His last defeat came against the highly controversial, Rousimar Palhares at WSOF 16 via submission due to a kneebar. Since then he has been on a four fight win streak and never lost the WSOF/PFL welterweight title after winning it back in 2016 at WSOF 30 against Joao Zeferino via unanimous decision. He also holds many notable victories over fighters such as Jake Shields, Thiago Alves (twice), Diego Sanchez, Erick Silva, etc.

Fitch was recently released from PFL in February, due to the fighter being unhappy due to wages and by him not being booked into any fights.

The former NCAA division 1 wrestler has been a bit tight lipped about his future. Though, he has often hinted at joining Bellator MMA. A recent report by MMA Fighting’s Ariel Helwani, claimed that Fitch has signed an exclusive multi-fight deal with the promotion. The report also claimed that the veteran’s signing and debut fight will be soon revealed.

Matt Mitrione calls Stipe Miocic “the No. 1 guy in the world”; talks Ali Act in MMA

Previous article
Indian MMA: Amitesh Chaubey and Puja Tomar to fight at ONE championship: Visions of Victory
Next article
UFC: Alistair Overeem vs Curtis Blaydes reportedly in works for UFC 225 in Chicago