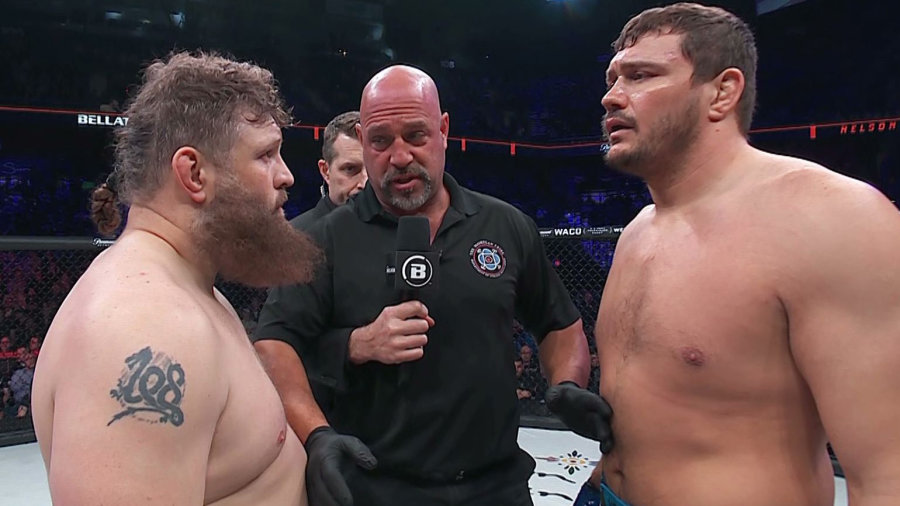 Roy Nelson was scheduled to face Mirko CroCop, this weekend at Bellator 200 – but CroCop pulled out of the fight a couple of days back, citing a plethora of injuries to his left leg.

Roy Nelson is now left without a fight, but has some consolation today. Scott Coker, president of Bellator, announced that Roy Nelson would now become the default alternate in their ongoing Heavyweight – Grand Prix. 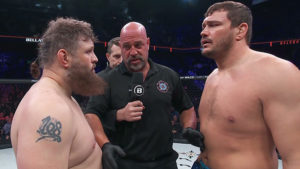 Roy Nelson talking to MMA Fighting revealed his desire to rematch Matt Mitrione – the guy who knocked him out of the Grand Prix.

“There are a lot of things that have happened that I didn’t see coming. I can’t wait to see how it pans out.

If someone pulls out, I’ll step in for them, and if not, I’ll wait and fight the person who becomes the first champion.”

“The only person out of all of them that I really want to fight is Matt, just to get that fourth round,” Nelson said.

“The only thing after that I can think of would be a dream fight with Fedor. Those are the only heavyweights left, the rest of the guys are 205ers.”

We will have to wait and see if Roy Nelson gets one more crack at winning the exciting Bellator Heavyweight Grand Prix.