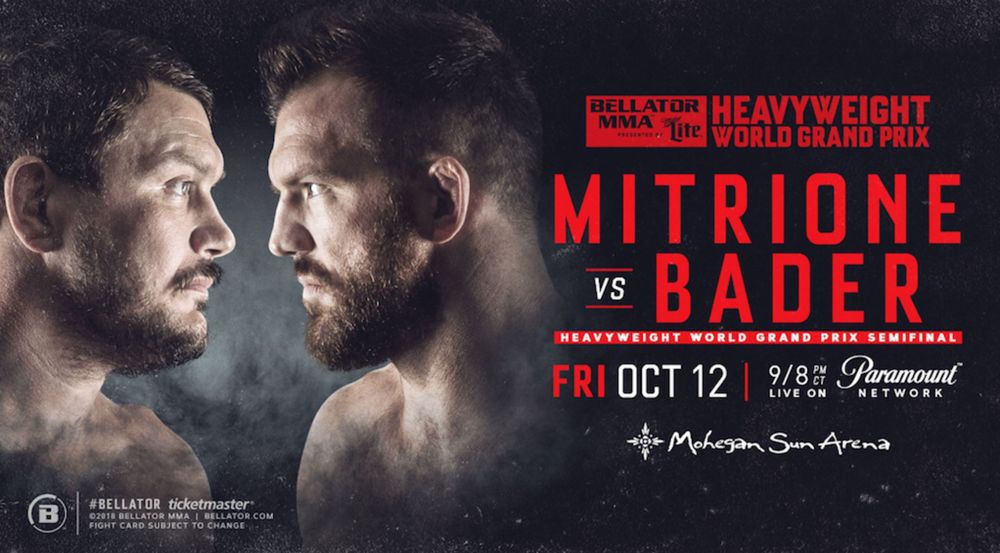 Bellator MMA’s heavyweight Grand Prix has reached the semifinal stage, and the first of those two matchups has been confirmed for October 12th. Matt Mitrione and Ryan Bader are set to meet Oct. 12 at Mohegan Sun Arena in Uncasville, Connecticut. The winner of this semifinal will face the winner of Fedor Emelianenko vs. Chael Sonnen, which does not have a confirmed date just yet. 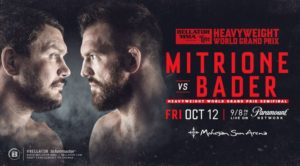 Ever since joining the promotion in June 2016, Matt Mitrione has won four of his last fight and has beaten MMA legend Fedor Emelianenko last year and won a majority decision in his last fight which took place in February earlier this year.

Semi-finalists @mattmitrione and light heavyweight champ @ryanbader face off at @MoheganSun to decide who will advance to the #BellatorWGP finals!

Bader (25-5) will be looking forward to becoming a simultaneous two-division Bellator champion. He won his quarterfinal bout with a 15-second knockout of Muhammed Lawal. Bader won the LHW title with a split decision over Phil Davis on the same night as Mitrione’s triumph over Fedor.

Bellator: Chael Sonnen believes all of Fedor’s fights in Japan were ‘fake’