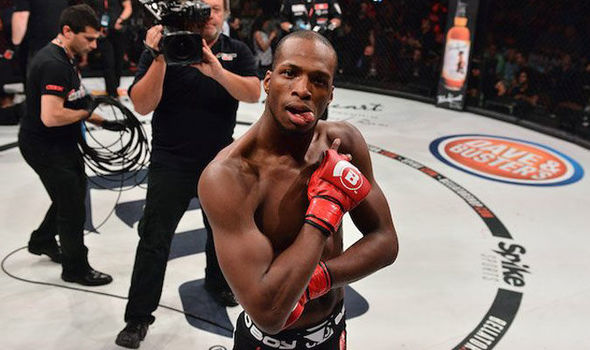 According to Brett Okamoto of ESPN, Michael “Venom” Page has signed a new multi-fight deal with Bellator MMA. Official sources have confirmed it is a six-fight contract, but there is no confirmation regarding the financial terms.

After winning his UK-1 fight against Jefferson George, Page signed his first five-fight contract with Bellator MMA. Page made his debut on 21 March 2013 at Bellator 93 where he faced Ryan Sanders and won via knockout at 10 seconds into the first round. In July 2016, Bellator claimed that Page re-signed with the promotion and had four fights left on his contract. The new deal consists of six-fight, three for the tournament and three as part of the champion clause. He has spent over five years competing in the promotion now.

Bellator welterweight Michael Page has signed a new deal with the promotion, per sources. No terms revealed, but I'm told it's long enough to see him through the Grand Prix tourney and beyond. Bellator remains invested in the MVP business longterm. He's been there since 2013.

ARE BELLATOR AND BT SPORT DECLARING WAR ON THE UFC IN EUROPE?