Bellator: Wanderlei Silva vs. Quinto Jackson is in the works for Brazil 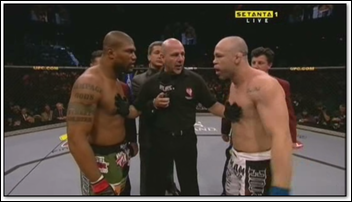 One of the most iconic rivalries which shaped MMA and propelled it into becoming a million dollar sport was between Wanderlei Silva vs. Quinton Jackson. “The Axe Murderer” and “Rampage” were two of the biggest stars of the most brutal weight-classes in two of the world’s biggest MMA promotions. However, their rivalry began even before that, when they both competed for Pride. Their rivalry was intense, brutal, charismatic and was the perfect representative for MMA. Many fans miss those Pride FC days and feel nostalgic about the trilogy of fights that Silva and Jackson had. However, if rumours are to be believed then the pair are soon set to resume their rivalry for Bellator. It is now widely being reported that Silva and Jackson might fight at Bellator’s first ever Brazilian pay-per-view.

Silva and Jackson are both legends and have highly decorated careers. The Brazilian has many notable victories over fighters such as ‘Rampage’ Jackson, Kazushi Sakuraba, Dan Henderson, Michael Bisping, Cung Lee, etc. Jackson too has multiple notable victories to his credit over fighters such as Chuck Liddell, Wanderlei Silva, Lyoto Machida, Dan Henderson, Mauricio Rua, Fabio Maldonado, etc.

In their first fight at Pride Final Conflict 2003, Silva put Jackson in a Thai clinch and hit him with multiple knee strikes before grounding-and-pound his way to the victory. During their second bout at Pride 28: High Octane, Silva again secured Thai clinch before hitting Jackson with multiple knee strikes to get another victory over his eternal rival. In their final bout at UFC 92, Jackson turned the lights off for Silva with a brutal left hook.

Jackson had recently stated in an interview that he hates fighting wrestlers and would love to fight a striker instead. Hence, a fight against Silva would certainly make sense. The news about a potential rematch between the two was initially reported by a Brazilian website, Gazeta Do Povo. It reported that Silva and Bellator are trying to bring the event to Arena Da Baixada in his home town of Curitiba. It also revealed that the event will launch “The Axe Murderer” as an event promoter.

UFC: Luke Rockhold vs. Michael Bisping-3 is currently in ‘discussion’