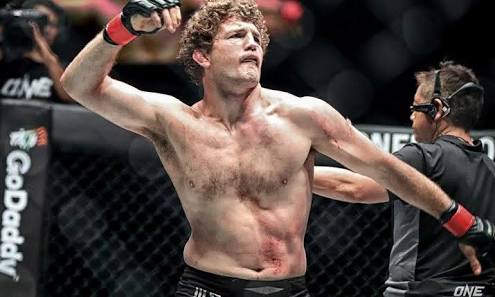 Bellator president Scott Coker recently appeared on The Fight Guys podcast, where he revealed about the co-promotional deal. He said Chatri emailed him asking if he was interested in co-promoting Askren and eventually allow him to take part in Bellator’s Grand Prix tournament. 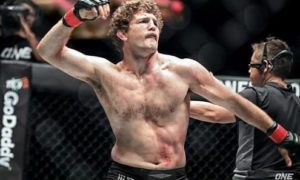 However, Askren revealed he was only interested in fighting Rory MacDonald but Bellator wasn’t willing to book that matchup.

Well this is about a half truth from @ScottCoker I wanted to fight Rory. He said no. Simple https://t.co/1LfsUnlLmU

Scott Coker later responded by saying that Ben was only interested in a one-fight deal and when Scott asked his manager if he would take part in Bellator’s Grand Prix tournament on a three-fight deal, Ben wasn’t interested.

I know you’re used to people not responding to you, but the truth is you & your team were only interested in a one-fight deal & when we asked Bob Cook if you would fight in the Welterweight Grand Prix on a three fight deal – you didn’t want to do it. https://t.co/lwi08ZCfxA

Scott so what about my tweet was false?? https://t.co/TW9wvUeEuK

Scott Coker later revealed that he was also willing to make the Rory MacDonald fight at the beginning of the Grand Prix tournament, but even then he wasn’t interested.

We would have given you @rory_macdonald to start the grand prix & you didn't want to do it.

Which is fine, I just want to make sure the facts are straight, don't spin it like Rory & I were ducking you. You chose not to enter the tournament. https://t.co/9dCvZhdtBZ

I think you are pushing alternative facts here. I can go back and look through old messages/emails, but this sure isn’t the way I recall it. You and I both know Rory vs me looks very similar to Rory vs Gerard. https://t.co/Mb81gjArwA

Had the deal between ONE championship and Bellator worked out, Ben Askren might never have been traded to UFC and he would end up fighting top Bellator contenders like Rory MacDonald, Douglas Lima, Michael ‘Venom’ Page and Jon Fitch in the Welterweight Grand Prix.

Previous article
Tyron Woodley claims Floyd Mayweather was misled by Rizin FF
Next article
Despite TJ Dillashaw moving down a weight class, UFC 233 could host the last ever Flyweight fight