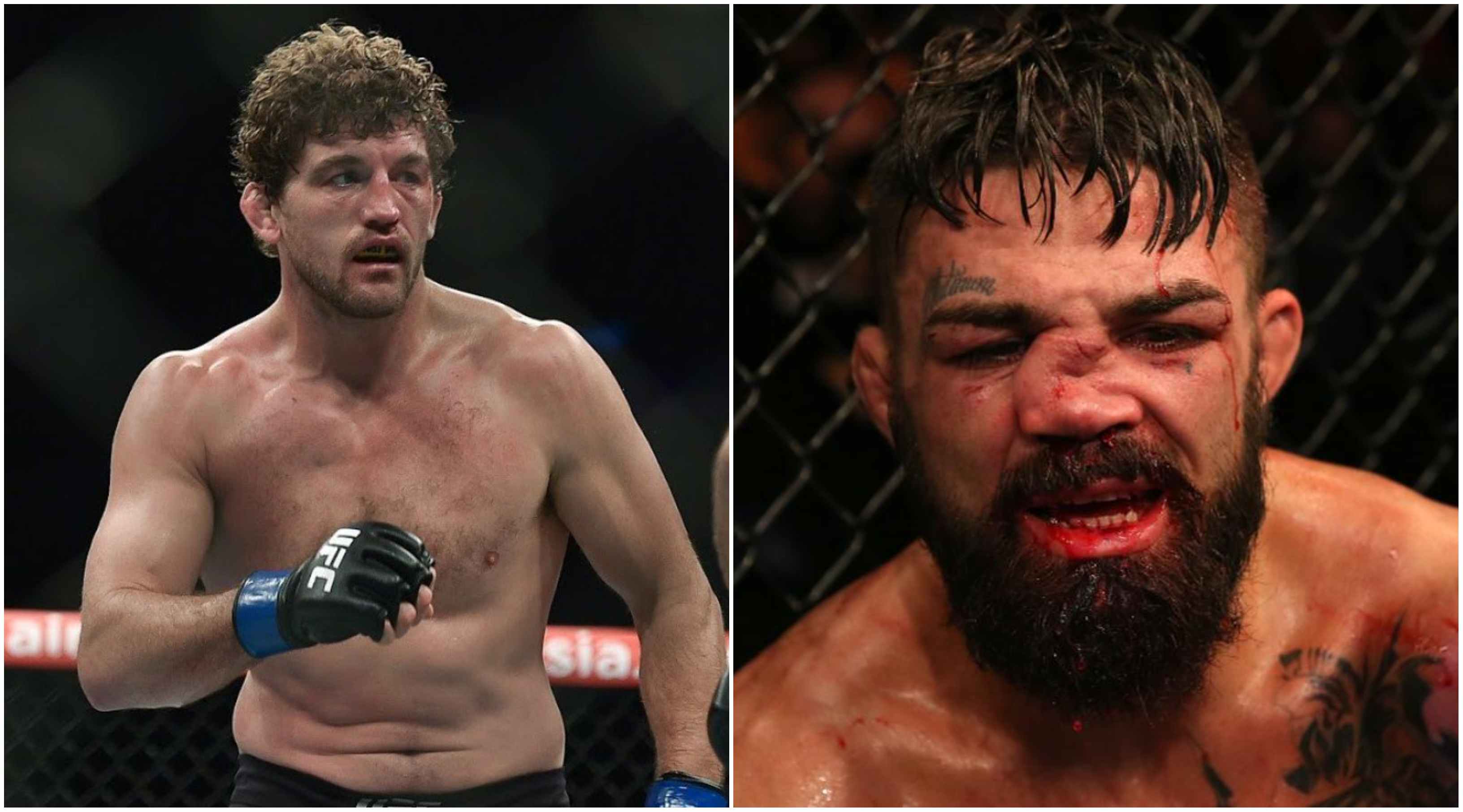 This year hasn’t been good for Ben Askren. After his much-anticipated debut win earlier this year over Robbie Lawler, his last two fights have been a nightmare.

In July at UFC 238, he lost via 5-second KO to Jorge Masvidal. It was the fastest KO in the history of the UFC. After that, he lost last month at UFC Singapore to Demian Maia via submission in the fourth round. 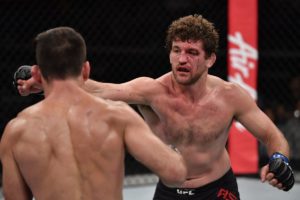 Mike Perry had a lot to say after Aksren retired from the UFC. He called him a bum and said that that his win over Robbie Lawler was a fluke.

“Ben Askren’s a bum, and they’re only talking about his retirement!” Perry said on UFC Unfiltered (via MMA News). “And he never fought nobody! He got three UFC fights! He got the luckiest draw with Robbie Lawler ever in his life!”

“18-0 in other organizations and all that…I skipped all that!” Perry added. “I saw Mike Bisping’s picture the other day, his Cage Warriors title defense, I said, ‘what’d you get for that? $5,000?’ They wasn’t paying sh*t back in the day.

“I skipped all that. I went straight to the UFC money.”

Askren was all fired up after seeing what Perry had said about him. Here’s what he said about Perry.

Cmon @PlatinumPerry you can’t even pay your taxes. If one of us will be begging for change in a decade it ain’t gonna be me. https://t.co/XaREHIK8t1

“Cmon @PlatinumPerry you can’t even pay your taxes. If one of us will be begging for change in a decade it ain’t gonna be me.” Askren tweeted.

Askren then went ahead to run a poll about the likeliness of Perry becoming homeless.

What are the odds @PlatinumPerry is homeless within a decade?

Currently, 41% of the people have voted that there’s 100% chance of Perry becoming homeless.

Mike Perry is coming off of a split decision to Vincente Luque at UFC Fight Night 156 in August. He is currently 2-4 in his last six fights.