UFC News: Ben Askren has some advice for Leon Edwards! 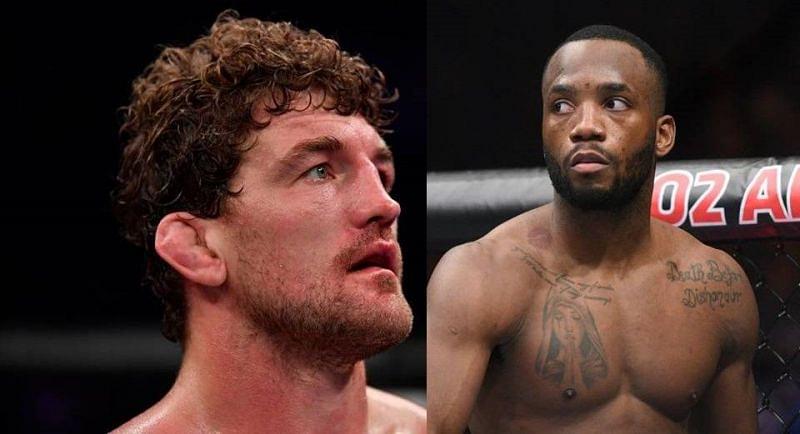 Former UFC welterweight and former ONE FC and Bellator champion Ben Askren had some advice for #3 ranked contender, Leon Edwards.

Normally a fighter will get a title shot if he’s on an eight-fight winning streak, including a win over a former champion. Unfortunately, that hasn’t been the case with Edwards as he still struggles to get a much-deserved title-eliminator, let alone a title shot! 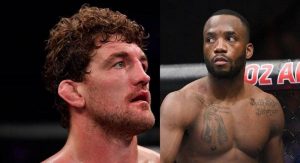 The dynamics of the welterweight division by default give more preference to more marketable names like Jorge Masvidal, Nate Diaz, Colby Covington, etc. Askren, who was himself a marketable name, has some advice for Edwards. For starters he believes Edwards should stop being choosy and fight anybody who is available. (via BJPENN.com):

Askren has some advice for ‘Rocky’!

“No one’s putting Leon Edwards in there,” Askren said on Submission Radio. “Leon Edwards has gotta do a little more work first.
“If I were him, then—I didn’t know what the deal was, to be honest—I would say stop being picky, because he’s probably one of those that goes, ‘I only want to fight this guy or this guy’ and the UFC offers him someone else and then he says no,” he added. “Take it upon yourself, fight whoever they’re giving you, and take it upon yourself to make yourself the big show.”

Askren also belives Edwards should market himself better and even use trash talking for the same. He believes it’s extremely important keeping in mind the paradigm shift of the sport.

That’s something, you know, he’s one of those guys that says, ‘well, I don’t want to talk’. But that gets you worth in the UFC.”
“This game has a very specific way [that] it works,” Askren continued. “The guys who can draw, the guys who can sell, get promoted to the top really quickly. Is that necessarily fair from a competitive standpoint? Probably not. But it’s probably also not gonna change.”