Ben Askren on how the Robbie Lawler fight goes: Once I get my hands on him, it’s over! 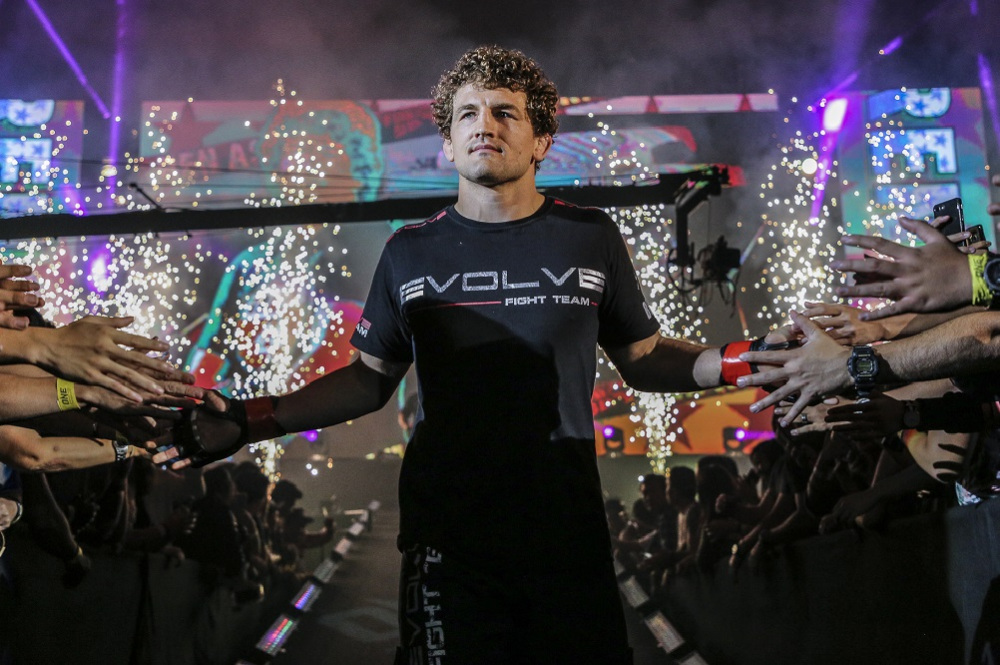 The 33 year old undefeated welterweight Ben Askren will make his long awaited UFC debut this weekend. An epitome of saying exactly what is on his mind, Askren’s opponent will be the former welterweight champion Robbie Lawler.

It is imperative to say that Lawler’s grit and hard striking will be a tough match-up for Askren. Robbie has a legitimately good and proven takedown defence. However, Askren has the resume for taking anyone down and from there on its strictly his ball game.

“I think the opening minutes are critical because Robbie is a fighter who can do a lot of damage quick, and he’s known to come out fast and he fights in sprints,” Askren told MMAjunkie at UFC 235 media day. “So coming out and establishing the way I want the fight to be fought is super important. I think it’s about me imposing my will. Closing distance, not taking big punches and getting a hold of him. It’s as simple as that. Once I get a hold of him, man, I don’t think he’s got much of a hope.”

Both the fighters will be entering the fight after having spent a sufficient time away from action. Askren last fought in the ONE CHAMPIONSHIP FC and will be coming back after spending a total time of about 15 months off the action. Lawler’s last fight ended in a loss against Rafael Dos Anjos, and that too was 14 months ago. Hence, it goes without saying that ring rust will be a major part in deciding the outcome of the fight. However, Askren thinks otherwise.

“I don’t think ring rust is a real thing,” Askren said. “I think it’s kind of an excuse. Obviously after a poor performance everyone wants to make an excuse for their poor performance and if that’s just one of them. It’s one of them. I feel good. I think the extra five weeks – because I was supposed to fight Jan. 26 – I think that was helpful. I think initially I was really annoyed about it, but I think it was good. I just felt myself getting better every single week. It’s riding a bicycle. Everything would come back to me timing-wise.”

UFC 235 will feature Anthony Smith vs Jon Jones for the light heavyweight title along with Kamaru Usman vs Tyron Woodley for the welterweight scrap.

UFC: Robbie Lawler: The ACL tear during the RDA fight turned out into a big positive

Previous articleJon Jones: The GOAT debate will be settled once and for all by the end of 2019
Next articleMIXED MARTIAL ARTS LEGEND VITOR BELFORT SIGNS WITH ONE CHAMPIONSHIP
- Advertisement -