Ben Askren reveals he ‘would’ make a comeback under ‘specific condition’ 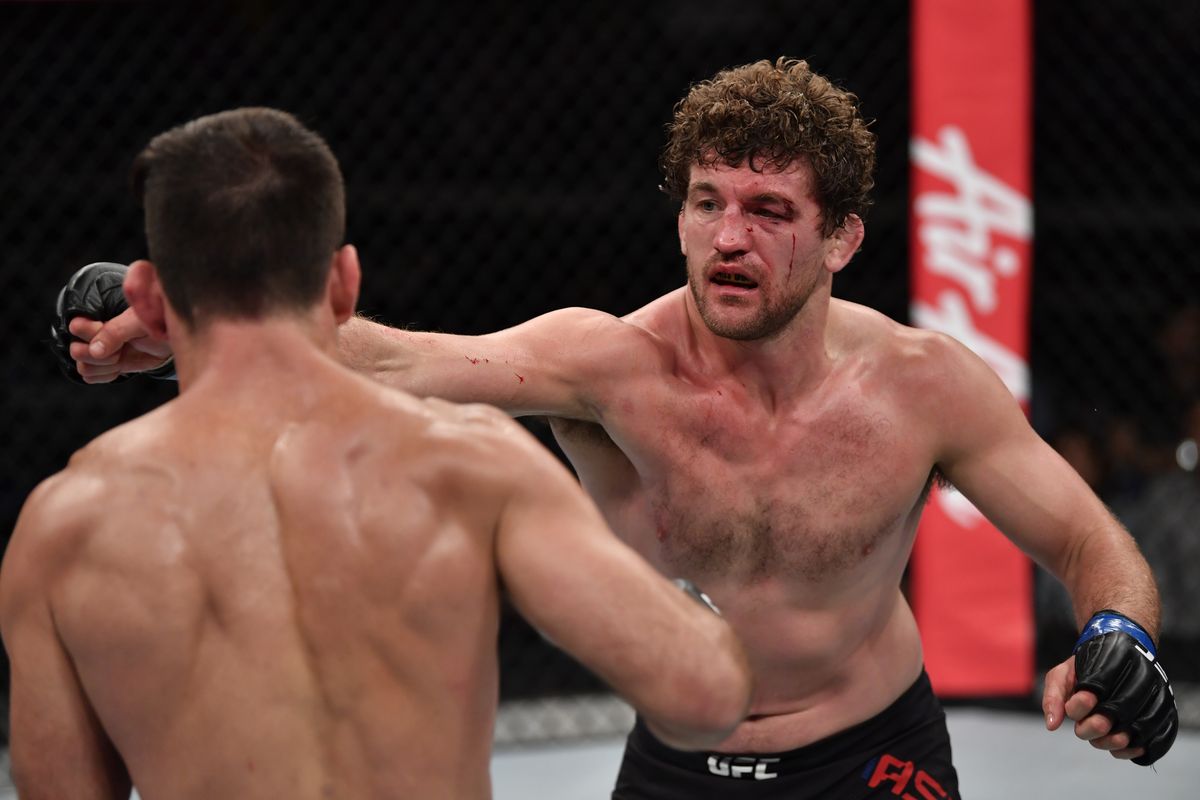 Since then, he has been active on social media and has ventured into other territories like opening up Wrestling gyms and training the next generation of American Wrestlers.

Ben Askren didn’t a good 2019 as after closely getting edged past Robbie Lawler at UFC 235, he was knocked out in just six-seconds by Jorge Masvidal at UFC 239 that catapulted the Cuban star to a new stratosphere of stardom. The submission loss to Demian Maia put a final nail to the coffin and the 36-year old announced his retirement after just three-fights in the promotion. 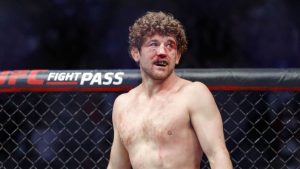 With that being said, Ben Askren hasn’t ruled out fighting. On his podcast, he stated that he would consider fighting again if the money and the opponent were right.

“So here’s the deal: I would never make like full-fledge, ‘Hey, I’m gonna go fight, I’m gonna chase the title,’ [comments]” Askren said on his podcast (transcript via MMA Fighting). “But I love combat. I enjoy wrestling. I enjoy fighting. So yeah, if someone said, ‘Here’s some money, go fight one time. Here’s the right opponent, let’s have some fun.’ I probably would, you know?”

“I feel like I’m gonna have to do something to make sure I don’t get too heavy,” Askren said. “So I’m gonna have to compete in some way, shape, or form, might as well get paid for it. So I don’t see why not. And obviously, I’ve told you the UFC has expressed interest in giving me another fight but dude, my hip is so bad. So yeah, in a year or so.”

Ben Askren wants to get paid by Dana White

His loss to Jorge Masvidal was arguably one of the most brutal KO losses out there. The KO made Jorge Masvidal a UFC superstar which is evident from the fact that his UFC 251 fight against Jorge Masvidal sold nearly 1.3 Million buys.

Now, Ben Askren wants to get paid by the UFC for making Jorge Masvidal famous.

Do you guys want to see Ben Askren coming out of retirement? Who do you guys think he should fight next? Let us know in the comments section below.