Ben Askren reveals his dream opponent outside of his weight class 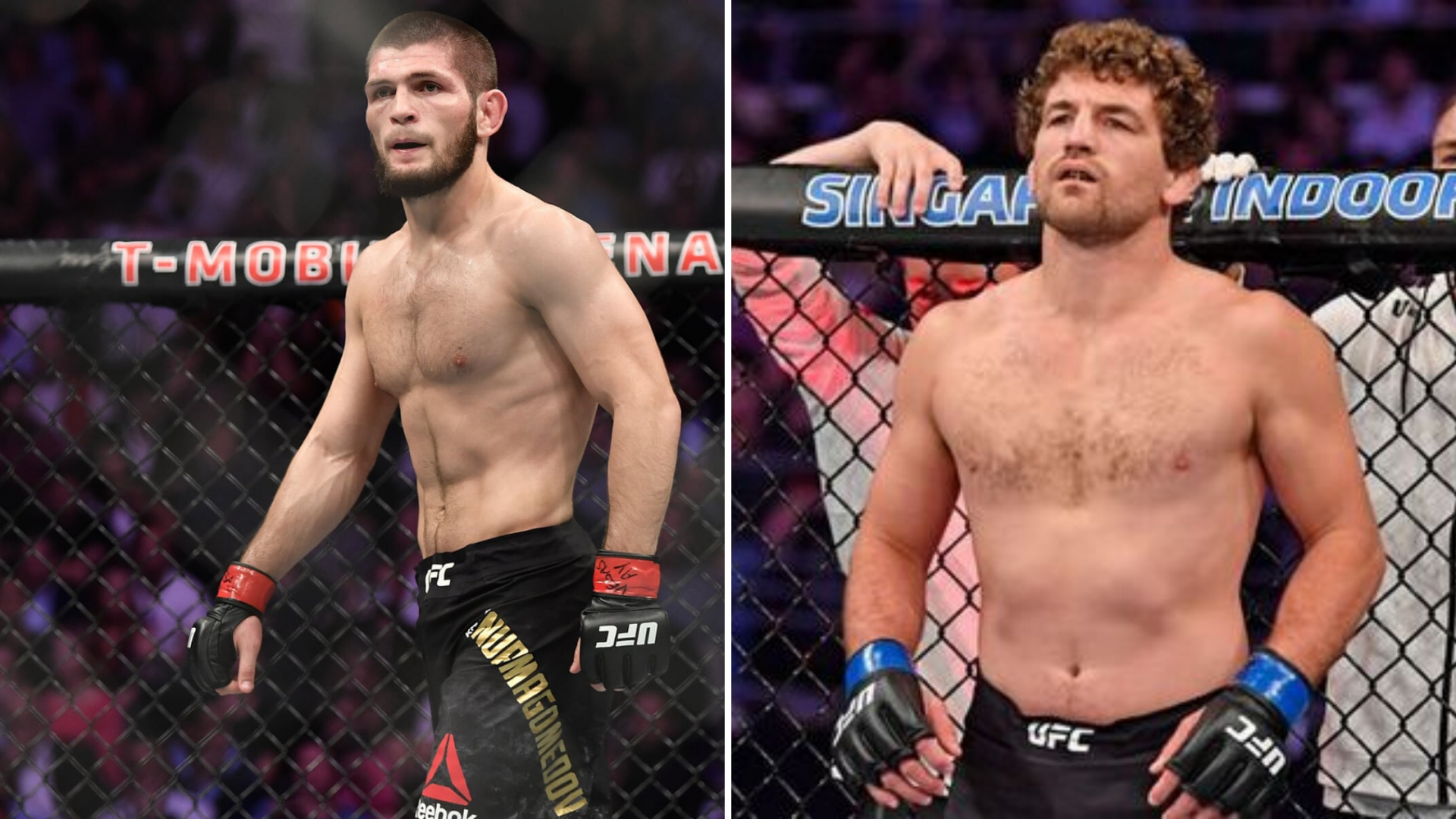 Funky Ben Askren joined the UFC roster in a much sought after trade between the UFC and One Championship. As a result, the P4P champ Demetrious Johnson moved to One Championship. Being an Olympic athlete, and a belt holder in Bellator and One, his entry into UFC was very exciting for the fans. 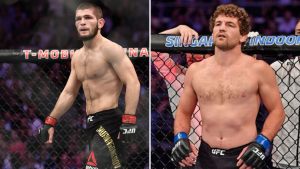 As soon as he was signed, Askren made no delay in developing his persona as the shit talker and called out his competitors. His first fight in the UFC was against Robbie Lawler, and he escaped a KO in the first round by a slight margin. However, he went on to win his first bout against him through a submission. Often disputed to be the best wrestler in the UFC, his fight against Demian Maia was watched closely by his fans, given the wrestling skills of both the fighters. Askren lost the fight, and announced his retirement from MMA right after.

When asked by a twitter user about his dream matchup outside of his weight class, Askren said it was Khabib Nurmagomedov.

This would be a dream fight for all MMA fans who love themselves a good grappling contest. The undisputed champion has displayed his wrestling skills time and again, beating the best of the best. Ben Askren would have the size advantage, but how much of that he will be able to use to his advantage, we don’t know. One thing we do know is that it will be a great fight, and will end the dispute for who the better wrestler is.

Who do you think will win a fight between Khabib and Askren?

The ongoing twitter was between Ben Askren and Ariel Helwani has bought much laughter and cringe to the UFC fans. Post-retirement, Askren managed to stay relevant and in the limelight through his witty twitter responses. He gained a following by giving his opinions on twitter, and went on to start his own podcast. Recently, he called out a popular figure in MMA media, Ariel Helwani. Ben Askren and Ariel have been going back and forth on twitter, about who’s a bigger media personality.

Damn that might be more viewers than your show and you have @espn giving you the push. I’ll accept your apology for being ignorant whenever you want to give it. https://t.co/sq98ECGWxZ pic.twitter.com/hJa4SUrlHX

Askren attempted to get a show on ESPN, guaranteeing to double their followers. We wait to see if the collaboration is possible, because it is a crossover we deserve.