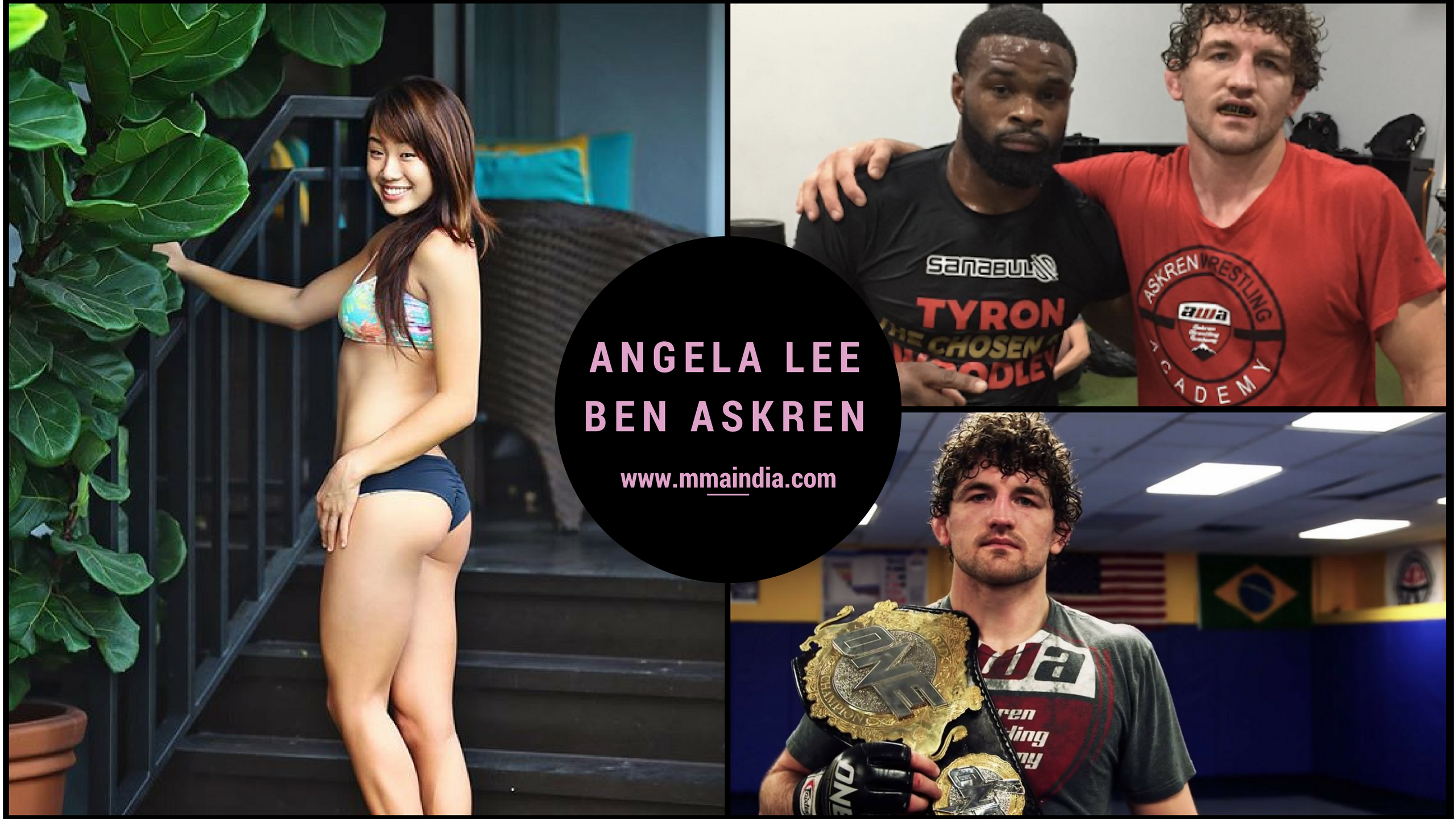 ONE ChampionshipTM (ONE), has just announced another thrilling spectacle as it returns home to Singapore on Friday, 24 November. The Singapore Indoor Stadium is set to play host to ONE: IMMORTAL PURSUIT, featuring the absolute best martial artists in the world.

In the main event, undefeated ONE Women’s Atomweight World Champion “Unstoppable” Angela Lee defends her title against Japanese martial arts veteran Mei “V.V” Yamaguchi in a much-anticipated rematch of their epic first encounter in 2016. In the evening’s co-main event, ONE Welterweight World Champion Ben “Funky” Askren steps inside the cage for the final time in his perfect career to defend his title against Japanese legend Shinya “Tobikan Judan” Aoki.

Chatri Sityodtong, Chairman and CEO of ONE Championship, stated: “This is going to be the biggest event we have ever put together for martial arts fans in Singapore and around the world. Two of the most dominant world champions in ONE Championship history are set to grace the cage in a single evening of world-class entertainment. Angela Lee and Mei Yamaguchi are ready for an encore to their phenomenal first bout in 2016 in a rematch of epic proportions, while Ben Askren will perform for his fans for the final time against the legendary Shinya Aoki. It’s a night fans will certainly not want to miss.”

21-year-old “Unstoppable” Angela Lee of Singapore is considered one of ONE Championship’s most outstanding athletes. She captured the inaugural ONE Women’s Atomweight World Championship with an awe-inspiring victory over Mei Yamaguchi in 2016, and has since then defended the title successfully on two occasions. Lee’s beautiful combination of elite striking and grappling has proven to be a potent formula for success, as she has remained unbeaten in her career. In the most recent bout of an impressive run, Lee dominated top contender Istela Nunes, showcasing her wide array of skills despite suffering from illness. She now returns to Singapore to defend her title against Mei Yamaguchi in a much-anticipated rematch. 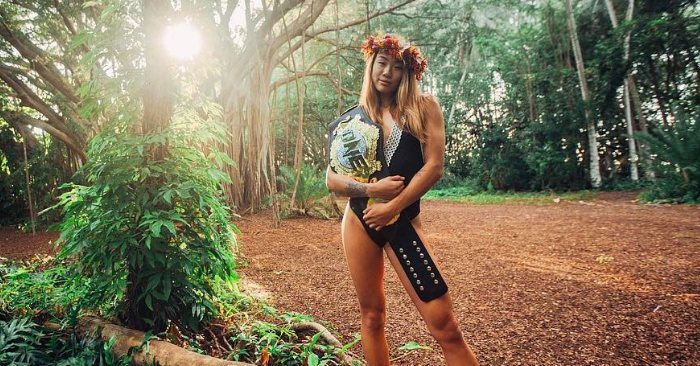 34-year old Japanese martial arts veteran Mei “V.V” Yamaguchi is a female atomweight standout and a former ONE world title challenger from Tokyo. She is the DEEP Jewels Featherweight Champion, and owns seven submissions and two knockouts in her 27-bout professional career. In 2016, Yamaguchi challenged Angela Lee for the inaugural ONE Women’s Atomweight World Championship in an epic showdown that would later win multiple ‘Fight of the Year’ honors from international media publications. In her last bout, Yamaguchi submitted top contender Jenny Huang impressively within just two rounds. With the victory, Yamaguchi earned the right to challenge for the world title once more opposite the champion Angela Lee.

A former NCAA Division I All-American and US Olympian, Ben “Funky” Askren is a collegiate wrestling legend and one of the finest martial artists in the world today. Askren joined ONE Championship in 2014, taking the promotion by storm and capturing the ONE Welterweight World Championship with a resounding technical knockout victory over Nobutatsu Suzuki. Since then, Askren has successfully defended the title three times, and has stopped six of his last seven opponents to maintain a perfect 17-0 professional record. In what is being billed as the last bout of Askren’s illustrious professional career, the American is set to defend his title against the legendary Shinya Aoki of Japan.

Global martial arts veteran Shinya “Tobikan Judan” Aoki of Shizuoka, Japan, is one of the world’s most decorated athletes. He is the DREAM Lightweight Champion, former Shooto Welterweight Champion, and the former ONE Lightweight World Champion. The 34-year-old Aoki is a Brazilian jiu-jitsu black belt under the famed Yuki Nakai and has won multiple grappling tournaments all over the world. Aoki also holds a black belt in judo and is widely considered one of the best pure grapplers in professional martial arts competition today. In his next bout, Aoki makes his ONE Championship welterweight debut, taking on reigning ONE Welterweight World Champion Ben Askren of the United States for the title. 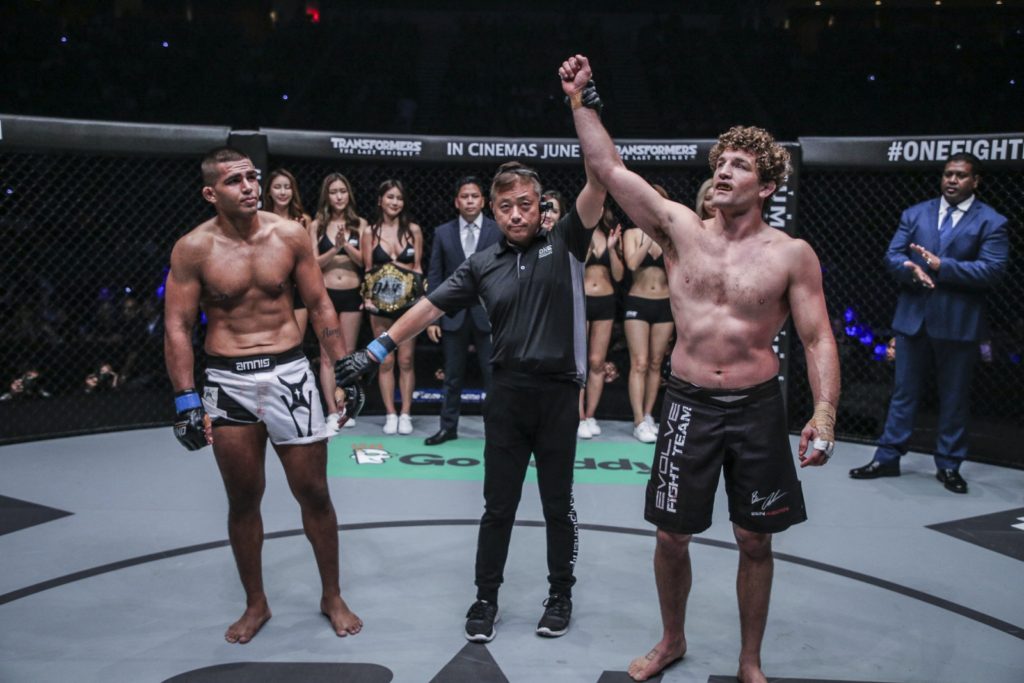