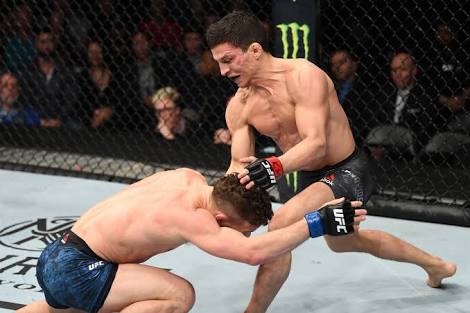 Benavidez in his last fight got things back on track with a first round knockout against prospect Alex Perez. A surging Ortiz on the other hand, was coming of a three-fight winning streak with two finishes. One of them being the fastest knockout in the history of the flyweight division. Ortiz had his moments however Benavidez did what he does best, takeout prospects as he defeated Ortiz via unanimous decision. 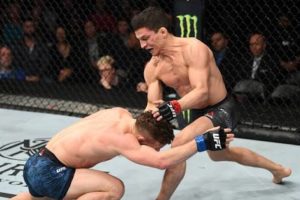 The bout featured back and forth high level grappling exchanges by both the fighters, especially Benavidez. Speaking with MMA India, Benavidez explained his grappling heavy approach. (via YouTube):

Benavidez reflected back at their first fight where claimed he hit Ortiz with ‘everything he got’, with around 200 significant strikes, yet Ortiz didn’t go down. Benavidez therefore thought of ‘exposing’ Ortiz on the ground with wrestling which also added a surprising element. Benavidez concluded appreciating Ortiz’ toughness and claimed that finishing someone as durable as Ortiz is extremely difficult.

Benavidez however is at a tricky spot. With the verdict of flyweight division yet to come, division’s champ Henry Cejudo is right off the back, campaigning for a rematch against T.J. Dillashaw however this time at bantamweight. Benavidez might have to wait for his shot.