UFC: Joe Benavidez feels that TJ Dillashaw’s friendship has been compromised – he does’t ‘act’ like a friend 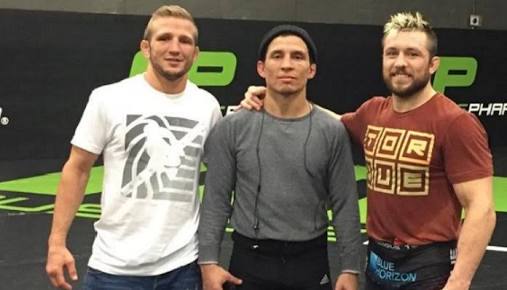 The MMA community is probably familiar with T.J. Dillashaw’s beef with his old camp in Team Alpha Male and his friendship with his coach and former UFC veteran Duane Ludwig up to the level that Ludwig ‘vicariously’ lives through T. J. That being said, another man on the UFC roster has had the same timeline in former two-time title challenger Joe Benavidez. 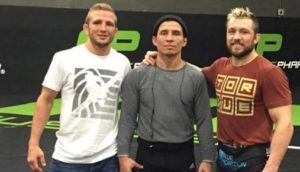 Benavidez also parted his ways with Team Alpha Male and spend some time training at Team Elevation in Denver. Naturally one would expect, both Dillashaw and Benavidez to get along with each other however according to Benavidez, that may not be the case. Speaking with TSN Sport’s Aaron Bronsteter, Benavidez addressed the issue.

“Eh… I mean, we were really good friends and really close,” Benavidez said, choosing his words carefully. “I mean, things are a little compromised now. It’s easy to say you’re a friend and this guy’s a friend and this guy is a friend of mine, but it’s more like, to act like a friend. You know what I mean? Kinda like actions and words and stuff like that. I wouldn’t say he acts like the best friend, but we have a history and we go back. And there is friends that are just like, ‘Alright, well…’ Get annoyed by each other for a while. So, I guess he was never a good friend, but we were teammates and we’ve gone through a ton together. So, I think that brings you close.

Benavidez concluded saying that Dillashaw’s past comments about the UFC completely shutting down the flyweight division hasn’t gone well with him.

“I think some of the stuff he said, like, about the division and stuff? That’s when I was kinda, like, questioning it. Like, that’s cool, you’re really going down and doing something for yourself by getting two belts. That’s amazing. TJ has an amazing drive and he’s where he’s at because of that drive. But you also have friends – me and other people included – in the division you’re saying you want to shut down. So that was more when I started to question it.”