Goa pirates were yet again beaten by the much favoured Bengaluru Tigers in the semi-final fight and had to settle with the 4th spot in the overall Season 1 Tournament. Majority of the fight fans (59%) predicted the win in favour of Bengaluru Tigers. The Tigers already had a win over the Pirates and came in with a well-planned strategy to repeat history. Let’s look at how it all went down.

It was the debut of this Kung-Fu bred martial artist against an experienced mixed martial artist. Shafi initiates with a spinning kick, which misses and Xico takes him down, starts pouring down those elbows which the referee warns as they land directly on the head. Xico had a clear strategy, take Shafi down and end the fight there. Xico gets Shafi’s back and transitions into a triangle, which Shafi tries to escape by slamming his opponent. Shafi escapes and gets the dominant position then goes in for a neck crank but could not capitalize it. The round ends but Xico couldn’t get back on his feet and forfeits. The fight is declared a TKO win for Shafi and Bengaluru Tigers lead by 6 points.

This fight looked like a complete mismatch as Arun Guila got schooled by Duhawma in the striking game all through the fight. Arun with his Wishu and Judo background could not stand and trade with this young striker. Duhawma landed some hard shots which left a cut open under Arun’s eyes. Duhawma pulls guard and goes in for a guillotine but Arun survived the initial onslaught. Round 1 was all Duhawma. Coming into the second round, Arun starts using his kicks and lands some neat head kicks. Duhawma stayed busy picking his combinations and landing some neat body shots. Round 2 goes in the favour of Duhawma. Arun feels the sense of urgency going in the third round and tries to push the pace, but Duhawma’s punches kept hitting their target. Both fighters clinch, get the body lock but Arun takes Duhawma down this time. Duhawma in a panic mode shifts his position and gets into a neck crank and in an instant taps out. What looked like a mismatch turns out to be another comeback fight of the tournament. 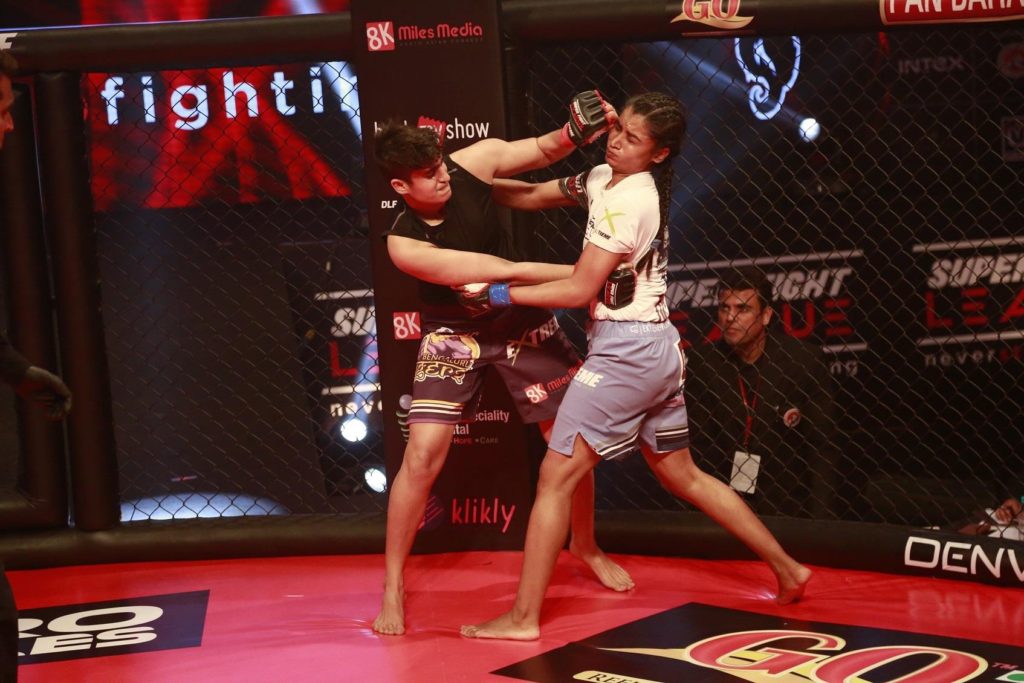 Another fight that was a mismatch of gigantic proportion. Deepika Singh was not only the bigger and stronger fighter, she was also the more aggressive and dominant. Round begins with Deepika landing her kicks and Monika starting to back off. A knee and left hook drops Monika to the ground and sends her into survival mode. All she could do was back pedal, but the round had just started. Her corner senses this onslaught could go ugly and throw in the towel to stop the fight before the referee does. Deepika wins by TKO. Bengaluru Tigers are now leading with 10 points.

Round begins with Tekashi relying on his striking prowess and landing some kicks while circling away from his opponent. Vikash closes the distance, gets in the body lock and easily takes Tekashi down. Despite giving his neck, Vikash unleashes a barrage of punches on Tekashi. Vikash transitions, gets the full mount positon and dishes out heavy bombs. The referee had seen enough and stops the fight. The score increases to 14 points for the Bengaluru Tigers.

Satinder Bankura started off with a beautiful judo throw but was unable to make the best of it. From then on, it was a back and forth transition reversals game on the ground by both the fighters. This was without a doubt the most technical fight of the evening, with both the fighters getting trying to get control of each other. Round 1 was in Bankura’s books, but as round 2 began, both the fighters looked tiered. Bankura attempts another judo throw, but this time Jagz takes his back and gets the TKO win.

With this win, the Bengaluru Tigers cemented their 3rd place in this tournament.

When Sandeep Dahiya heads the main event of any fight, it is sure to end with a win in his favour. This matchup also had the similar result, with Sandeep getting the better of Amit via arm in guillotine in the first round. Though the Goa Pirates lost, it was Sandeep who closed his team’s last fight of the season with a dominant victory. 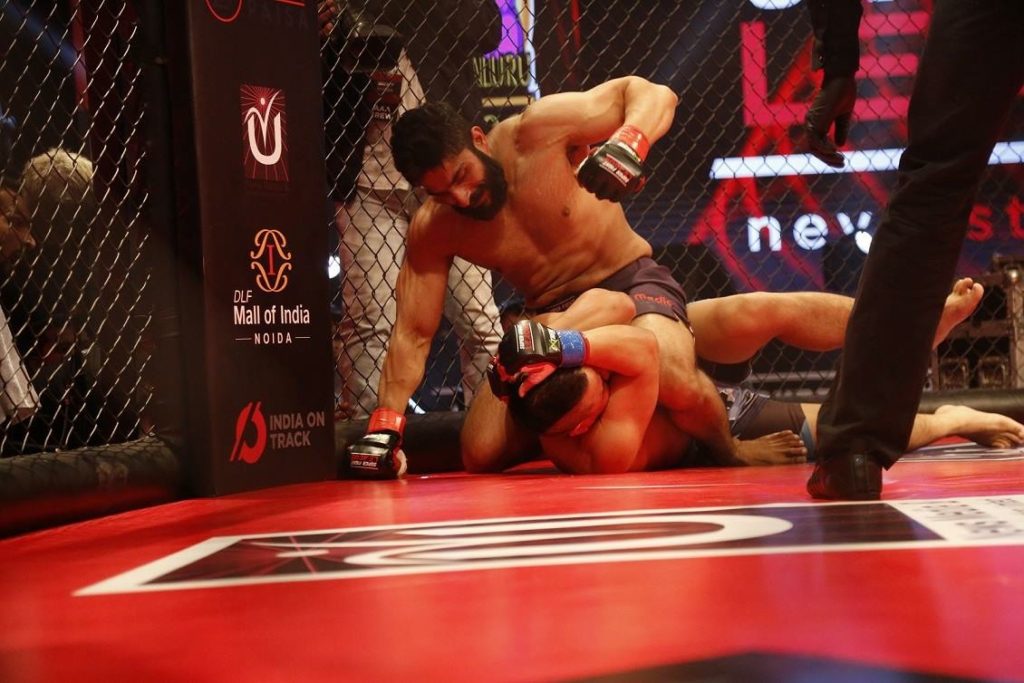