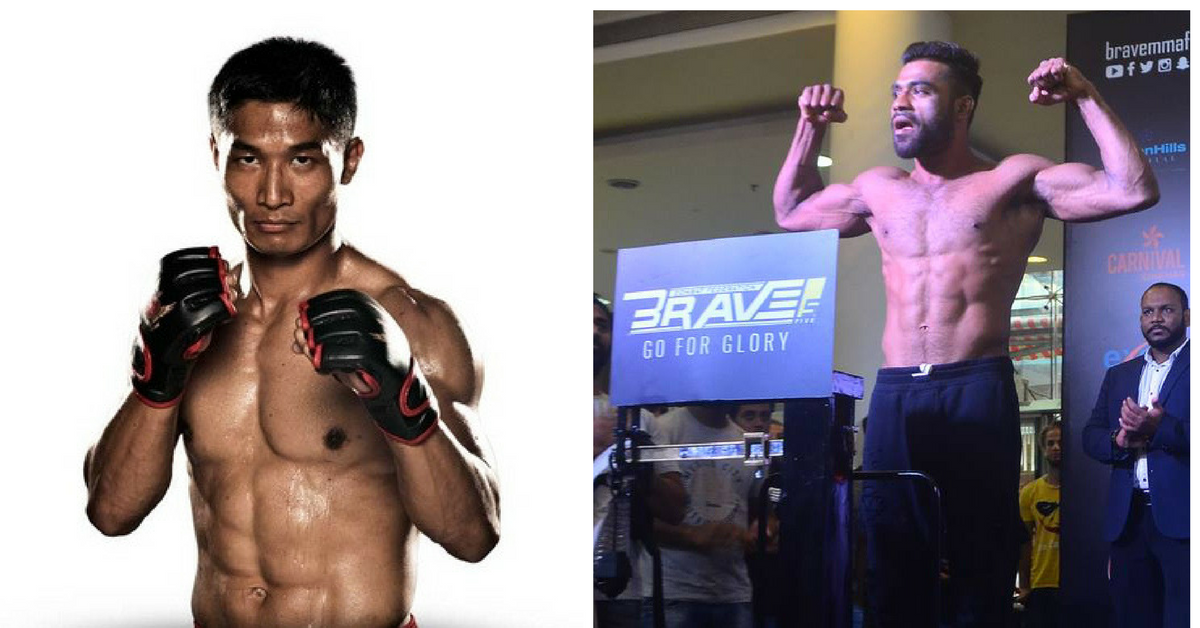 In a explosive comment during an interview with the The Fan Garage recently, Indian MMA fighter Bharat Khandare, blamed Daniel Isaac, former head honcho of AIMMAA , for ruining his past chances of fighting in the UFC. Bharat will be fighting Egyptian fighter Ahmed Fares, at Brave 5 taking place in Mumbai tonight.
His exact comments read-

‘Yes. In 2014, through Somesh (owner of Superhuman Gym) I got an offer from the UFC. We accepted that offer and had our opponent also finalised. He was the semi-finalist of TUF China and the fight was in Macau. But UFC told us Daniel Isaac threatened the UFC with dire consequences if they sign me as I was on contract with SFL. In spite of giving multiple release requests, SFL did not release me and Daniel didn’t let my career progress and wasted precious years of my life. But I will get there sooner or later.’

After this interview came out,Super Fight League star fighter Kario Issac Maheo,in a show of support for Bharat, shared the interview on his Facebook page and added the following comments-

‘There’s no one in the country who matches up with the experience or consistency as this guy(Bharat). A problem with MMA here, like a lot sports in India is because there are selfish people managing affairs and pulling strings and can’t think beyond their own gains.
This sentence is for one such person (certain people will get it) –
Just because you started something doesn’t mean you know everything. Screw your ego.’ 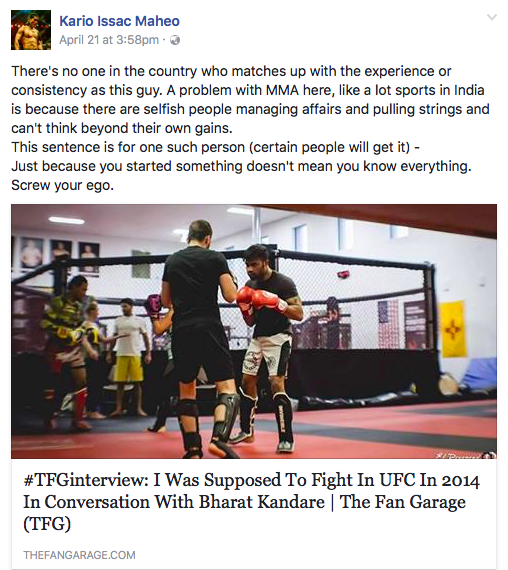 Though Kario refrained from revealing the name of the person he was targeting in his Facebook post, but when The MMA India Show reached out to him to find out the identity of the mystery person he was referring to, he was more forthright and agreed that he was speaking about the same AIMMAA official, Daniel Issac, that Bharat was referring to. Kario is a very respected figure, apart from being one of the best Indian MMA fighters around, hence his views are taken seriously amongst his peers.

‘Every fighter that I have taught, trained,mentored and promoted I treated as my younger brother, I took decisions for them with their consent taking in mind their best interests, over the years I have been coach, promoter and now AIMMAA commissioner. If Bharat feels that way about me it’s sad but I guess people are people and you can’t always change everyone’s mindset neither can you always defend yourself against slander. I have nothing bad to say about Bharat Khandare,the person or the fighters wish him all the best for his future career.

Somesh(of Superhuman gym) and party will want to build a story on how they have heroed their way into Bharat’s career and show that everybody else previously involved with him were bad guys, thats how these stories are usually told’.

The MMA India Show will be following up on this story from both sides.