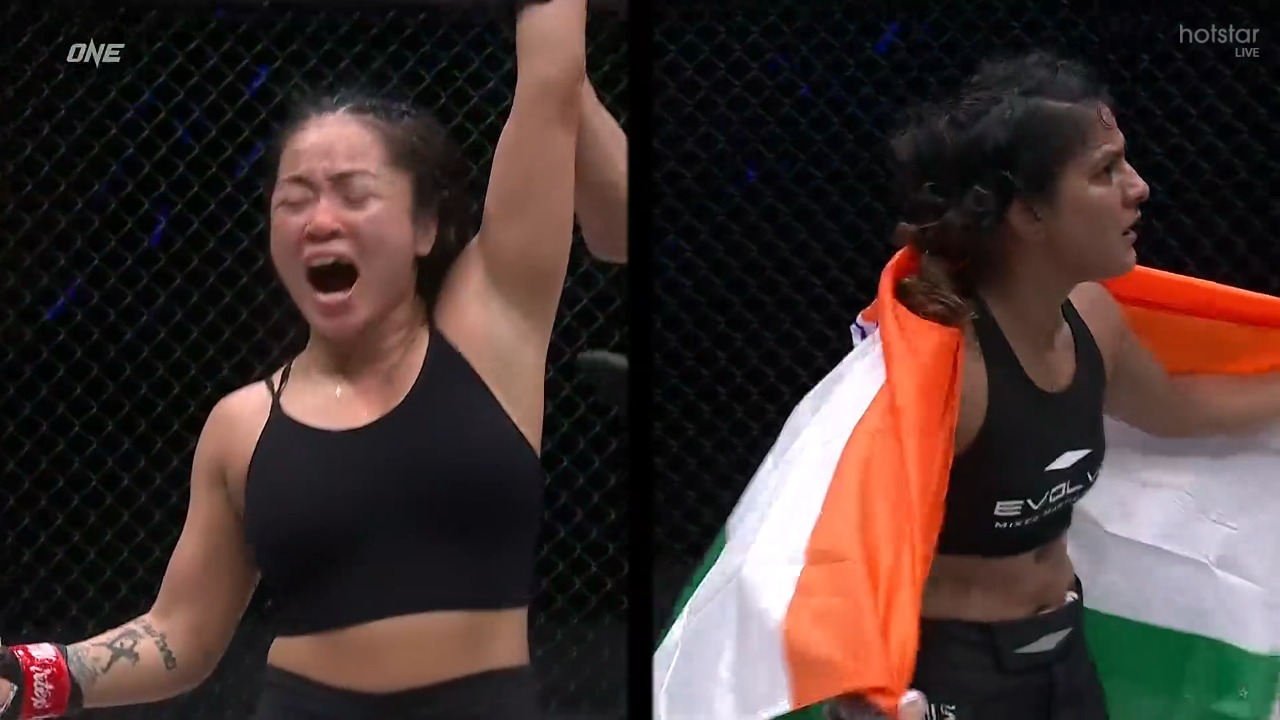 Indian MMA star Ritu Phogat is all set to take on Bi Nguyen in the main card of ONE: Dangal fight card today in Singapore.

After an explosive April that saw ONE Championship air four events on U.S. prime-time television, the organization is now turning its attention to India. ONE: Dangal is lined up with Indian fighters on the card.

The opening fight saw, Gurdarshan Mangat put on a clinic against Roshan Mainam as he defeated the Manipur based fighter via unanimous decision.

Meanwhile, Ritu Phogat will be looking forward to extending her winning streak and improving her record to 5-0.

Round 1: Bi starts the fight aggressively as she starts with strikes, but Phogat is applying aggressive pressure on her. One minute into the fight and Ritu Phogat scores a takedown and lands a couple of ground and pound on her opponent. Ritu in complete domination of the fight and is controlling the fight on the ground.

Bi manages to get on her feet, but Bi Nguyen couldn’t stay on the top for long as Phogat scored another takedown and now Ritu Phogat maintains a top position. Phogat is landing hard punches and elbows on Bi Nguyen.

Bi Nguyen lands back to back hard knees to the midsection of Ritu Phogat with few seconds remaining in the clock.

A dominant round for Ritu Phogat.

Round 2: Inside leg kicks missed for Bi as she manages to land some kick and jabs on Phogat. Bi is looking sharp on the feet, but she gets taken down by Phogat and now the Indian is dominating on the ground. Ritu lands a couple of elbows on Bi from the top.

Bi is landing some elbows on Ritu Phogat, but the ‘Indian Tigress’ looks unfazed as she gains side control and lands couple it hard elbows of her own. Bi again bounces at the end and lands a hard right hand on Phogat, but so far the Indian has shown terrific chin.

Round 3: Bi lands a hard inside leg kick on Ritu Phogat and then lands a couple of right hands. Ritu presses Bi on the cage and shoots for a takedown, but Bi has shown good takedown defence two minutes into round 3.

Bi Nguyen lands a couple of hard elbows on Ritu and the Indian looks staggered and gassed out. Ritu lands round 3 strong as she scored a takedown.