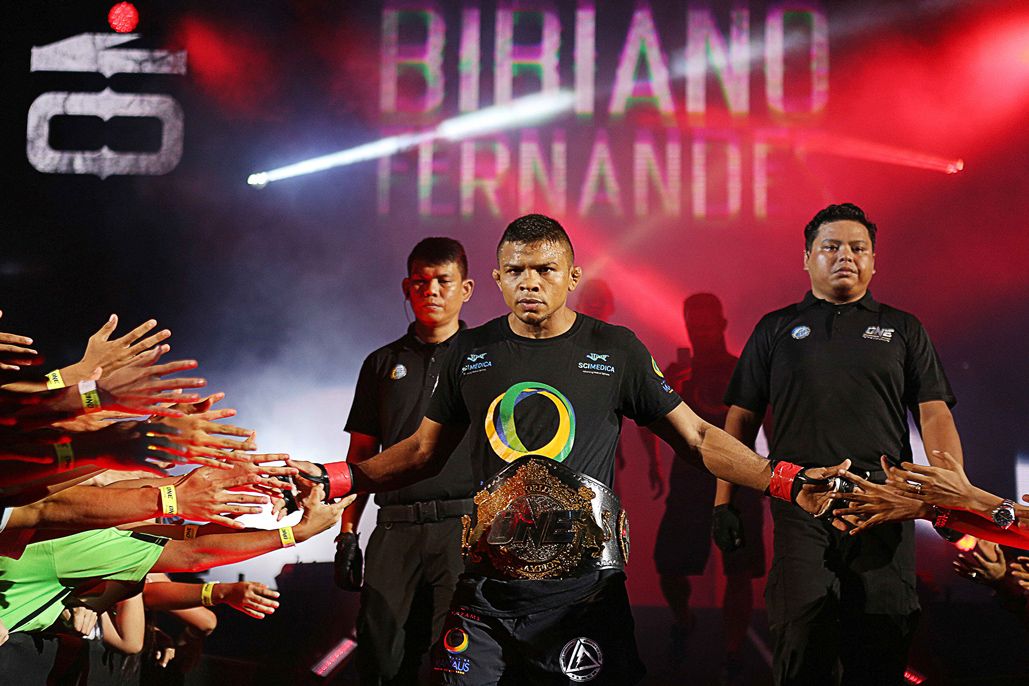 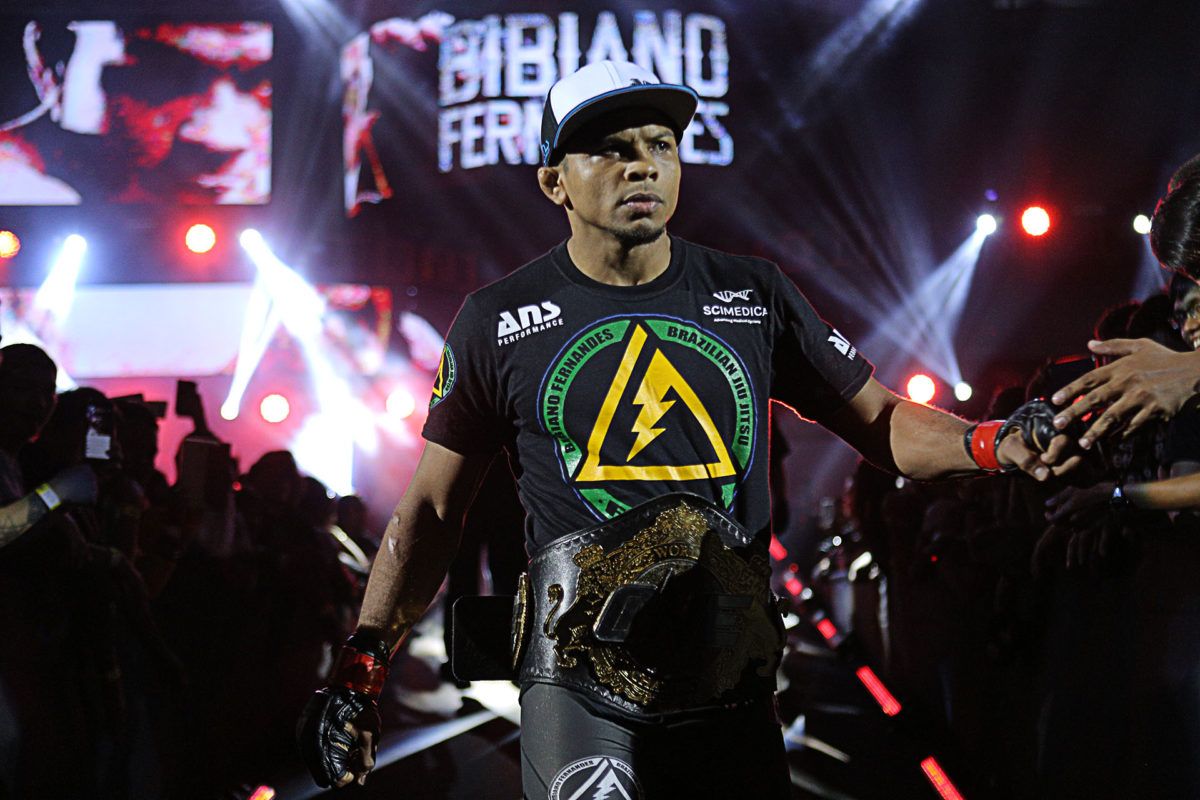 Holding a black belt in Brazilian Jiu-Jitsu and a five-time world champion in the discipline known as “The Gentle Art,” Fernandes showcased tremendous striking and grappling ability inside the ONE Championship cage for years.

Fernandes has been the ONE Bantamweight World Champion since becoming the promotion’s official 65.8-kilogram kingpin in October 2013 when he outpointed Soo Chul Kim in a title unification bout.

The 37-year-old native of Manaus, Brazil is currently riding high on an impressive 13-match winning streak and has not been beaten yet in ONE Championship since joining Asia’s premier martial arts organization in 2012.

A gallant cage warrior who has not lost a single match in almost seven years, Fernandes has answered a promotional record seven title challenges with victory and is looking to extend his winning roll.

Fernandes puts his ONE Bantamweight World Championship title on the line for the eighth time on 24 March as he collides with two-division world champion Martin “The Situ-Asian” Nguyen in the main event of ONE: IRON WILL, which takes place at the Impact Arena in Bangkok, Thailand.

Known by the moniker “The Flash” due to his finesse on the mat and his savvy for swift submission triumphs. Fernandes has the opportunity to put the bar up for most successful title defenses as a bantamweight and in ONE Championship history.

However, it will not be a walk in the park for Fernandes as he shares the global stage with Nguyen, who has scored five knockouts in his last six outings.

“When Chatri Sityodtong (Chairman and CEO of ONE Championship) called me and asked me what I thought about facing Martin Nguyen. I said it would be great. If that is what he wants, I will do it because that is my job. I have to defend my belt. It does not matter who it is. I am willing to face anyone,” he mentioned.

Although success has been synonymous to his name as he has been cleaning out the rest of the division, Fernandes does not still give a room for complacency against Nguyen.

“I am a motivated guy. I do not need someone to motivate me to face him. I do not work like that. I am just here to do my job as a professional martial artist. It is not about motivation, but it is about the challenge,” he explained. 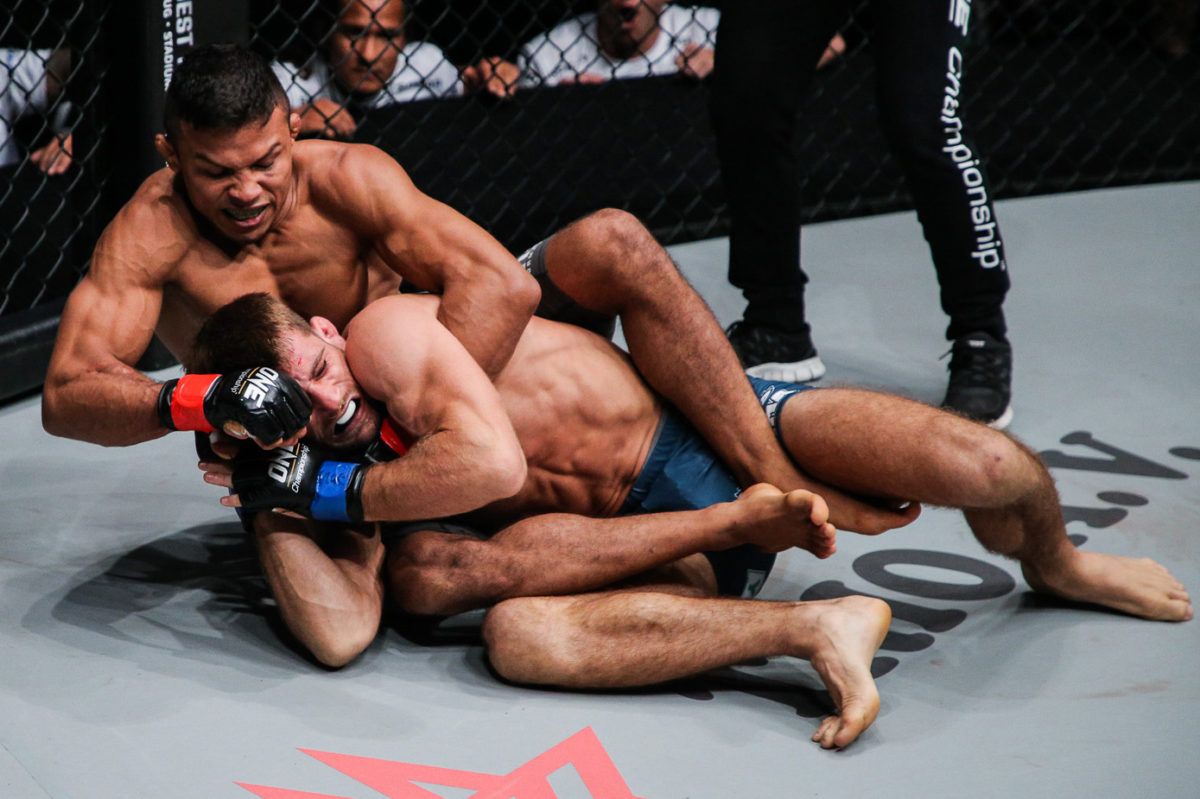 The 28-year-old Vietnamese-Australian dual titleholder is one of the most talked about martial artists in the world today after notching a scintillating knockout victory over the Philippines’ Eduard Folayang in November 2017 to become the first man in ONE Championship history to hold two world titles simultaneously in two different weight divisions.

Nguyen seeks to make history again as he squares off with Fernandes, putting all the stops as he attempts to snare a third world title.

“His main strength is that he is a one-punch guy. If you watch his matches, he has one-punch power. He waits to throw that punch,” Fernandes said of Nguyen.

Despite coming into the scheduled five-round championship contest as the heavy favorite, many cageside observers believe that a tough test awaits Fernandes in the stand-up exchanges due to his opponent’s knockout power.

However, Fernandes asserted that he has a fair share of knowledge in terms of delivering blows from a toe-to-toe stance.

“I faced so many guys in my career with hard punches, and I handled those guys. He has good power, but I have good power as well. People think I am a Jiu-Jitsu guy, but if you look back at my matches, I have dropped people and I finish people. I do everything,” he warned.

While his list of preys includes talented bantamweights like Toni Tauru, Kevin Belingon, Reece McLaren and Andrew Leone, Fernandes credits all of his accomplishment to hard work and in-depth preparation.

“I train hard. Confidence in my training is more important. Training makes me win. I always say that. I am confident that I will bring a good fight. That is how I am. That is always what I do. I can bring the victory, for sure,” he shared.

Fernandes makes sure that the title tilt versus Nguyen will live up to its hype and promises that he will push the action from bell to bell.

“I push the fight. If he won’t fight, I’ll make him fight. It’s always the same for everybody,” he assured.

Previous articleBrave CF to be hosted in the biggest indoor sporting arena in Brazil
Next articleUFC: Andre Soukhamthath responds to UFC 222 criticism