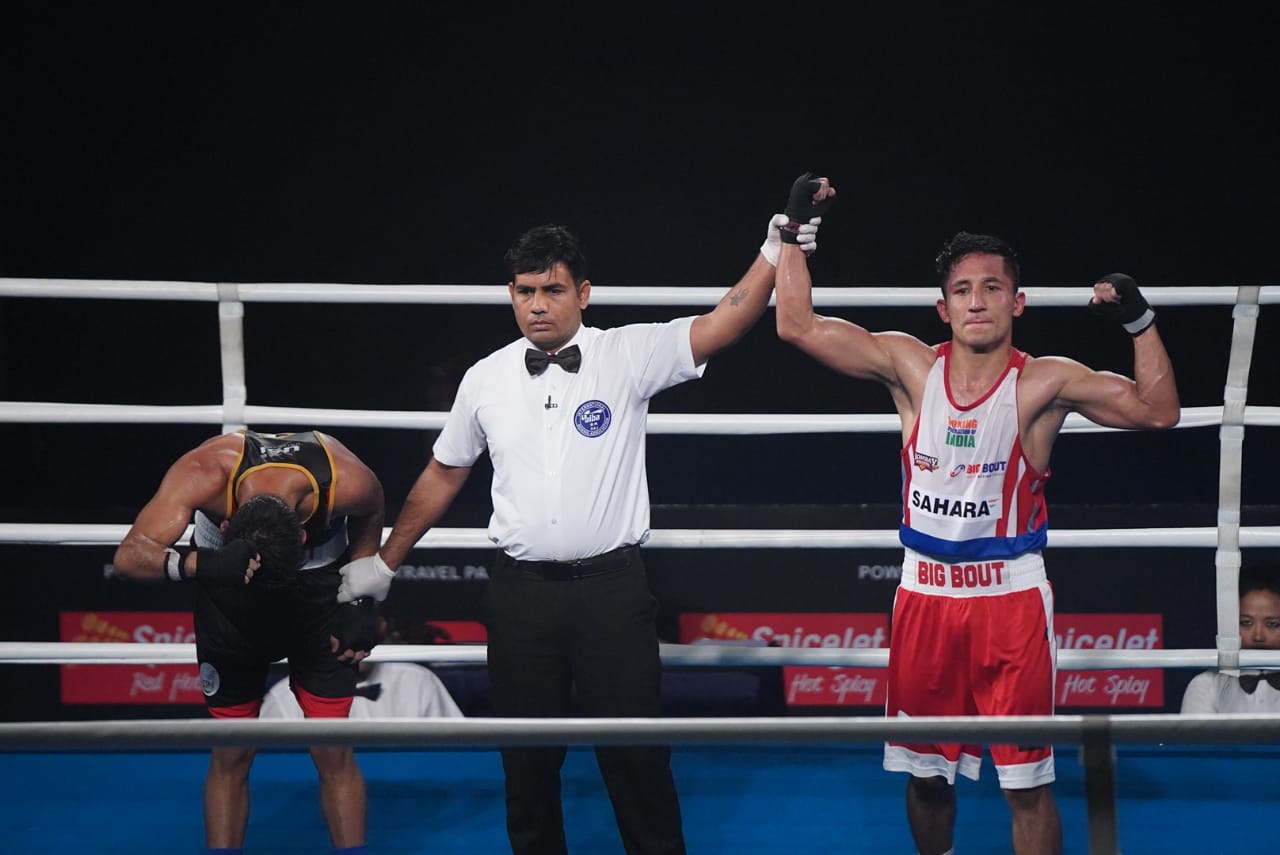 The sixth night of the Big Bout league ended with Bombay Bullets defeating Bengaluru 5-2. The fights took place at the Gautam Buddha University in Noida.

This was a must-win fight night bout for Bombay Bullets who were placed at No.5 spot at the points table. The star attractions of the night were Gaurav Bidhuri of Bengaluru Brawlers and Kavinder Singh Bisht of Bombay Bullets. 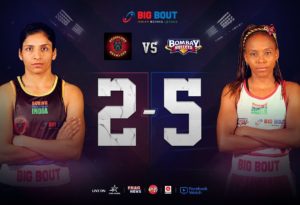 In the second bout, Dinesh Dagar of Bengaluru Brawlers took on Naveen Boora in the men’s 69 kg category. In the close-fought contest, Boora outpointed Dagar on the judges’ scorecards. This is not the first time that the pair have fought each other. They previously went toe-to-toe at the quarterfinals of the National championships which took place recently. In that fight also, Boora managed to emerge on top.

In the third fight, Kavinder Singh Bisht of the Bombay Bullets defeated Gaurav Bidhuri in the men’s 57 kg category.

“I had no mental pressure. My team gave me the freedom to play the way I want, and I am glad to be able to win my bout tonight!” – Kavinder Singh Bisht said after a points decision victory over Gaurav Bidhuri.

Bombay Bullets’ Prayag Chauhan defeated Pawan Kumar to secure the match for his side after a split decision victory in a middleweight clash.

Bombay Bullets 🌟 has been adjudged as the Player of the Tie for his incredible win against Gaurav Bidhuri tonight!#BLRvBOM pic.twitter.com/bCzNaoS9qr

Kavinder Sigh Bisht was the player of the tie following his close unanimous decision victory over Gaurab Bidhuri. With this win, Bombay Bullets now rise to the fourth position on the points table.

Bengaluru Brawlers, on the other hand, have lost their last three consecutive fight night cards.

Previous articleTony Ferguson says he’s already in Khabib Nurmagomedov’s head
Next articleHere is what Max Holloway had to say when asked about boxing Floyd Mayweather!