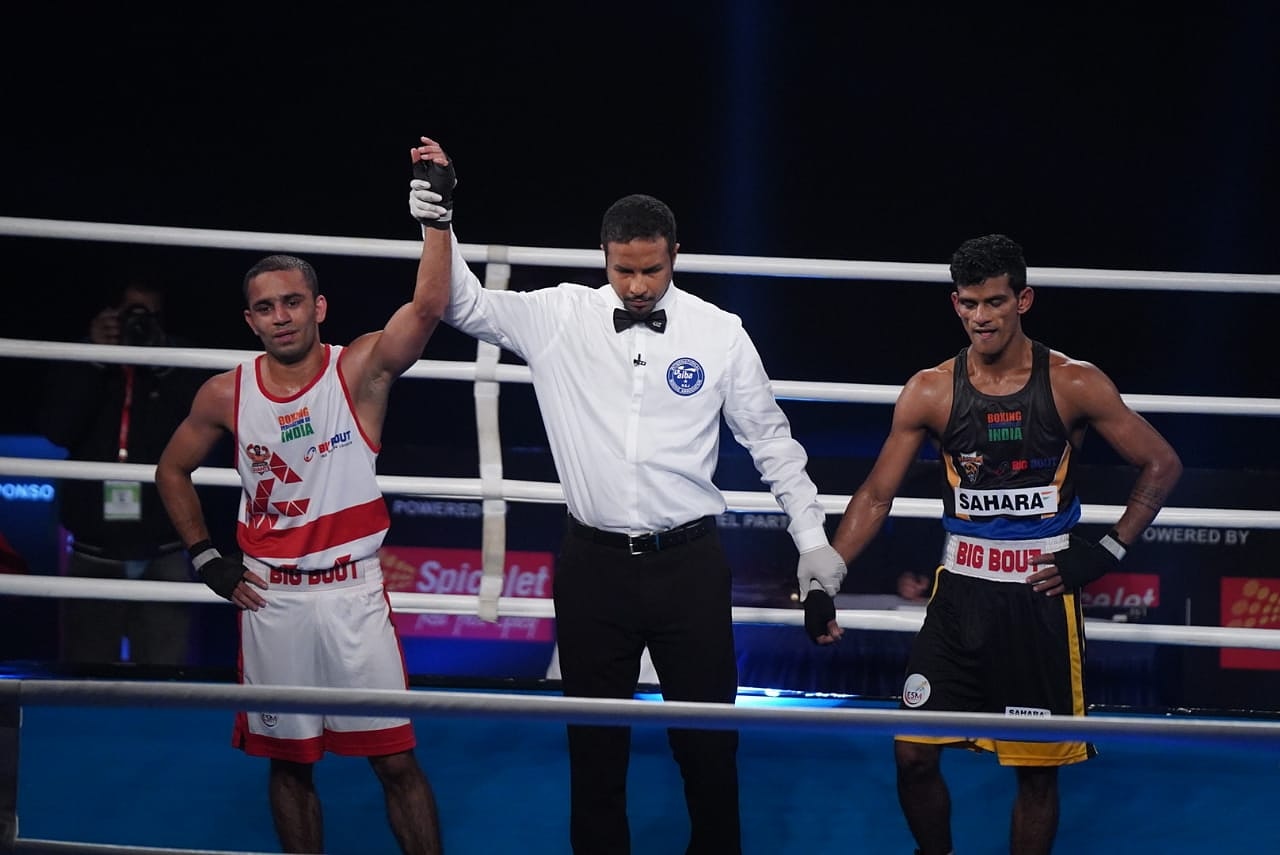 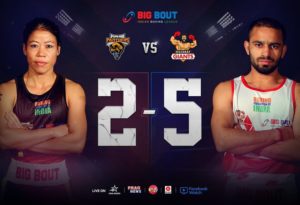 In the opening bout of the night, Chirag of Giants pulled off a massive upset as he defeated A Khalakov of Panthers in the men’s 57 kg category. This was a big victory for Chirag as Khalakov was coming off of a unanimous decision victory over 2019 Asian Amateur Boxing Championship silver medalist Kavinder Singh Bisht in his last bout.

In the second bout of the night, Ashish Kumar of Gujarat Giants defeated Mohit in the men’s 75 kg category. Ashish dominated the entire fight with his constant pressure as he kept attacking the Punjab Panthers entirety of the three rounds.

It was Mary Kom who gave the Punjab Panthers the first victory of the night as she defeated Rajesh Kumari Narwal in Bout 4 of the women’s 51 kg category.

In the fifth bout, the birthday boy Manoj Kumar of the Punjab Panthers gave his team the second victory of the night when he comfortably outpointed Duryodhan Singh Negi in the men’s 69 kg category.

“We have trained ourselves better. We have quality players in our ranks and hopefully, we can bag another win tonight. It’s the first time I would be competing on my birthday!” – Manoj Kumar had said before the fight.

In the penultimate bout, Sarita Devi of Gujarat Giants sealed the deal for her team as she defeated Manisha in the women’s 60 kg category.

Manoj Kumar was the player of the tie for his victory over Duryodhan Singh Negi.

Previous articleUFC: Owen Reddy reveals exactly why we will see ‘the old Conor McGregor’ at UFC 246
Next articleTHE UFC 245 CONTEST