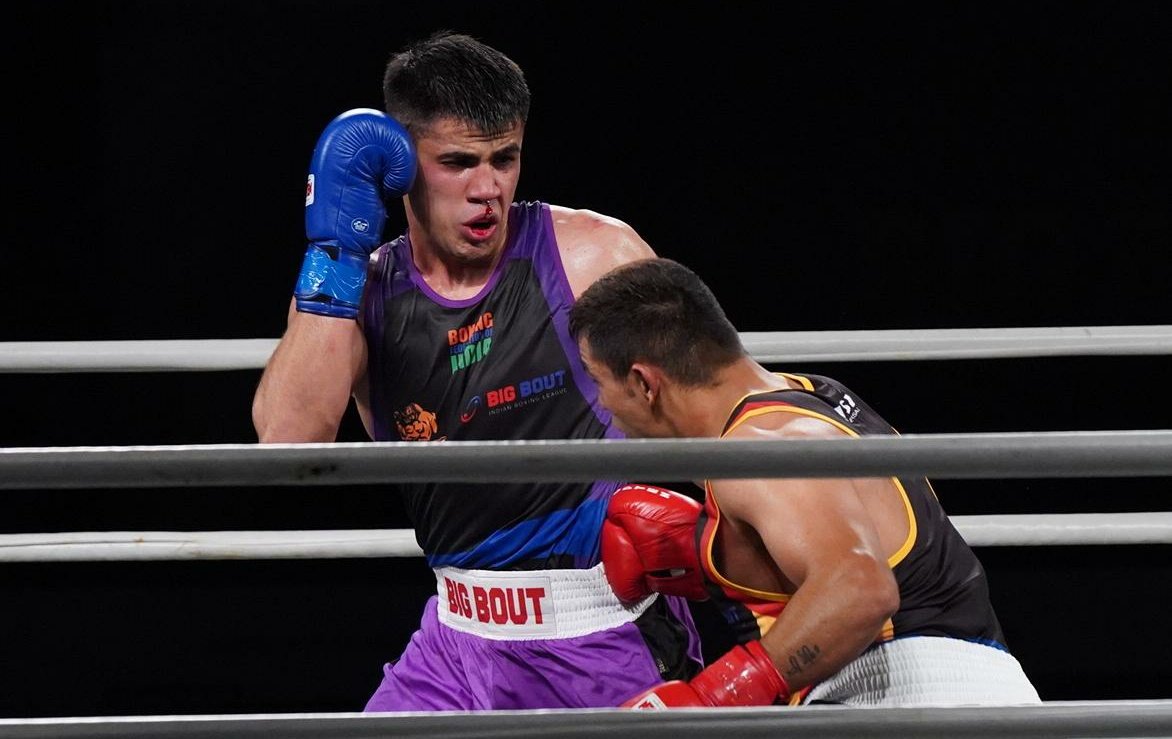 The main attraction of the night was Nikhat Zareen of Rhinos and Gaurab Bidhuri of Bengaluru Warriors. In the opening bout, Youth Asian boxing championship silver medalist Reyal Puri who was representing Brawlers defeated Ergashev Timor in the 91kg category. The fight was complete one-sided dominance from Puri, who left Timur in a bloodied nose in the second round, which ultimately forced the referee to stop the fight. 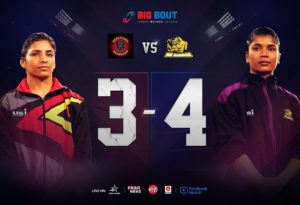 In the second bout, Mandeep Jhangra of NE Rhinos got the better of Dinesh Dagar in the 60 kg category. The 2013 Asian championship finalist dominated the taller and younger fighter in Dagar throughout the fight and ultimately getting the nod of four out of five judges.

Nikhat Zareen of NE Rhinos defeated Pink Rani of Brawlers in the 51 kg category. Pinki Rani dominated the first round, but Zareen didn’t allow Rani to plant her feet in the later two rounds, as she defeated Pinki Rani via decision.

Nikhat Zareen was also the fighter of the tie following her victory over a determined Pinki Singh.

“Thank you, everyone, for supporting me. This league is called the Big Bout League and I am waiting for my BIG bout. It’ll come soon!” Zareen said after the fight.

Which fight did you guys like the most? Let us know in the comments section below.