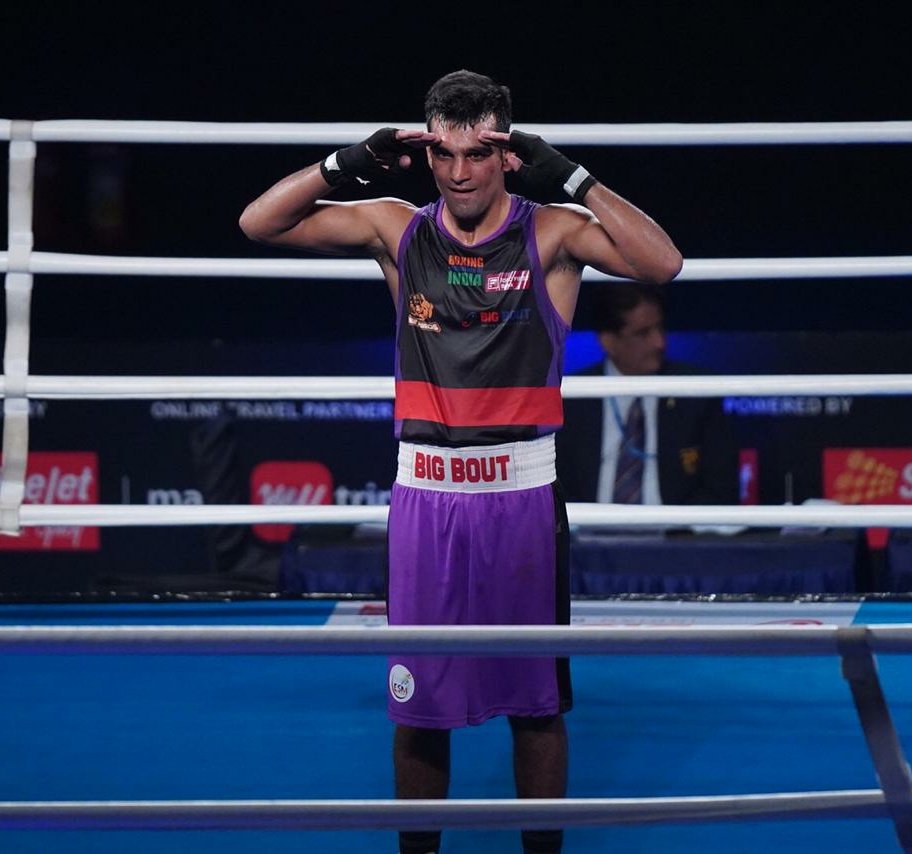 North East Rhinos defeat Punjab Panthers in a thriller to seal the second spot on the points table at the big bout league. Rhinos defeated the Panthers 4-3. The fight took place at the Indira Gandhi Indoor Stadium.

The win helped Rhinos (19 points) set up a semifinal battle with Panthers on Friday.

Bombay Bullets will meet Gujarat Giants (22 points) in the first semifinal on Thursday. 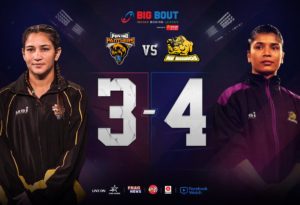 Odisha Warriors (16) and Bengaluru Brawlers (12) have bowed out of the league and will be eliminated after the group stage.

Ergashev Timur won his first bout of the tournament by beating the 2017 national bronze medallist Sagar Chikara. It was a highly entertaining back and forth action by both fighters. But the Uzbeks suffered a bloodied nose early in the fight but ended up fighting back and dropping the Indian in the second and third round before the referee had to step in to stop the fight.

Mandeep Jangradefeated Yashpal in the 69kg ensured a berth in the last four stage for the Rhinos.

Yashpal claimed the first round with his energy but Mandeep Jangra used his unconventional style to great effect to be able to extend his run of victories to five from as many bouts.

Panther’s PL Prasad made the most of southpaw Laldwin Mawia’s hesitation to win the 52kg bout. Mawia, who won his opening bout against Ashish Insah (Brawlers) and lost to Amit Panghal (Giants), had been declared winner in his clash with Jasurbek Lapitov when the Odisha Warriors boxer had floored him with a blow below the belt.

Sonia Lather was the player of the tie as she defeated Pwilao Basumatary in bout 3.

Previous article
UFC: Jose Aldo rips into Marlon Moraes for ‘walking backwards afraid of getting knocked out’ in their UFC 245 fight
Next article
Max Holloway has the classiest message for Alex Volkanovski after losing to him at UFC 245