Gina Carano recently opened up about UFC and Dana White trying to sign her up to fight then rising star Ronda Rousey. She revealed that White accidentally sent her text messages where he called her a ‘b**ch’.

After that text from UFC president, Gina Carano was never showed any interest in ever returning to the cage again and broke the negotiations with the UFC and thus left behind a huge paycheck. 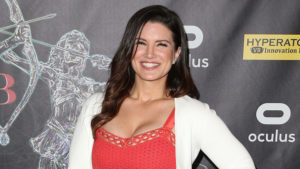 Former referee and current Bellator analyst Big John McCarthy weighed in on the situation and said that Gina Carano didn’t deserve to get abused by UFC president Dana White.

“Gina’s a different person. She’s very shy. She’s very quiet. She has her people that she talks to and she wasn’t happy about it. One of the people she used to talk to a lot was Randy Couture. then there was a text that was sent. It wasn’t mean to be sent to her but it was a mistake. Somehow it got sent to her. It basically was saying she wasn’t being easy-going in this negotiation and what was going on. And she sent it back to Dana and he said that was sent to you. And from that point she didn’t talk to him, she just iced him out,” McCarthy said on the “Weighing In” podcast.

“That’s the kind of person she is and that’s the way she should be. She should not take abuse from anybody over anything when it comes to the negotiation of a fight. She had agreed to something, they had agreed to something, and someone didn’t hold up their end of the agreement. And then they’re upset about the fact that someone’s not being helpful to them when they haven’t held up their end of the agreement. That’s what happens.” He concluded. (H/T -BJPenn.com)

Do you guys agree with John McCarthy?