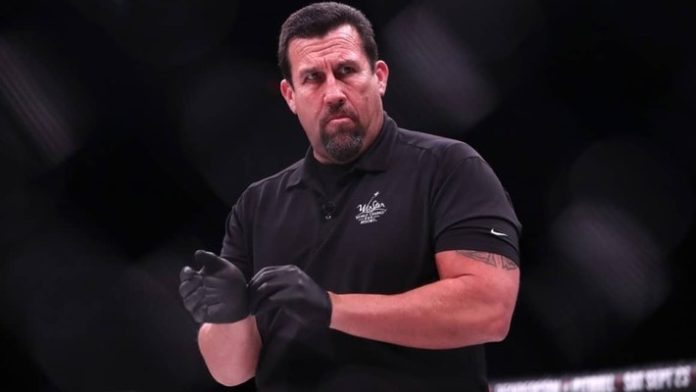 In the strawweight bout that happened last night, we saw Rose Namajunas going down to Jessica Andrade. And she went down in a vicious way. After dominating the first round, Rose Namajunas found herself on the other end of Andrade’s Brazilian signature slam which rendered her unconscious in the second round.  Andrade’s nickname as well, ‘Bate Estaca’, means piledriver. It was a terrific knockout, and it was so terrifying that it had many concerned whether or not Rose was fine.

Namajunas may not choose to continue fighting. After opting to defend her championship against her hardest opponent on enemy territory, she described losing the championship as a great weight off her shoulders.

You can watch the full post-match interview below (Credits – MMAFighting) :

However, many wondered if the slam was legal under MMA/UFC rules, since it basically looked like a piledriver. Many asked the question of whether dropping someone on their neck like that was completely legal or not. However, Big John McCarthy chimed in on Twitter to clear the confusion associated with the move and the legality of it. He made it very clear via is twitter post :

When Rose goes for the armbar she has a choice to either let go of the armbar or try and hold onto it and go for the ride that Andrade is going to put on her. There is no illegal slam when a submission is being attempted. It does not matter how she brings her down #AskBJM https://t.co/eBgvzcdZBY

As McCarthy pointed out, there is no illegal slam when a submission is being attempted.